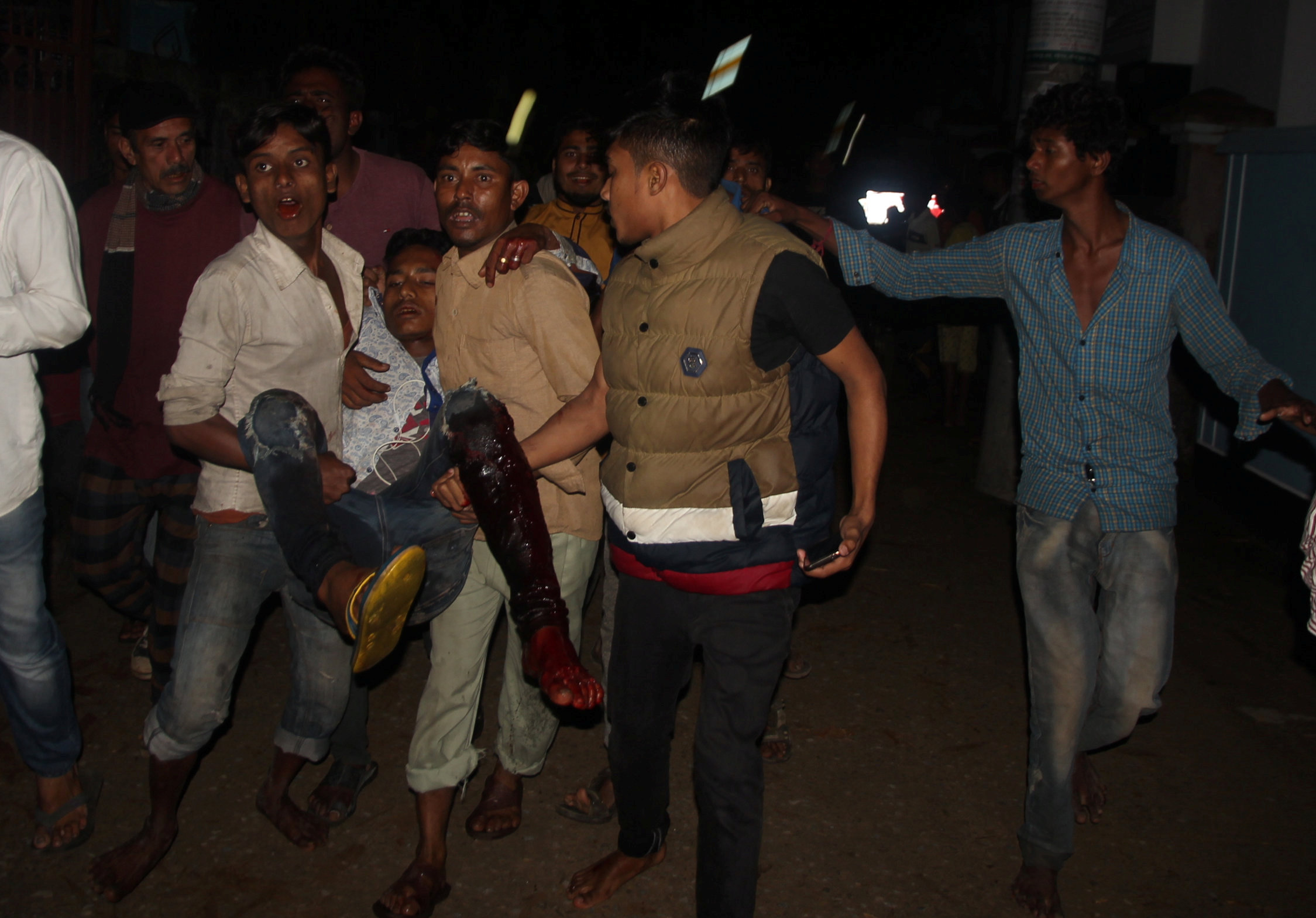 Dhaka: Elite commandos on Sunday battled to neutralise militants holed up in a building rocked by fresh explosions, hours after six people were killed and more than 40 injured in blasts claimed by the IS outside the complex in Bangladesh’s northeastern Sylhet city.
“A ban has been enforced barring entry of ordinary people within the vicinity of the building as final preparations were underway to flush the militants out from their den,” a police officer told reporters on the scene.
At least three blasts were heard from inside the five-storey ‘Atia Mahal’ since 9:57am(local time). A huge blast near the building tilted it towards one side, the Daily Star reported, citing its photojournalist who was on the spot. Several gunshots were also heard. But it is unclear who were firing the shots as army prepared for a final assault.
Sylhet-based 17 Infantry Division’s Major General Anwarul Momen is leading the operation code named ‘Twilight’, which was assisted by police’s SWAT and counter-terrorism units. The elite Rapid Action Battalion is also involved.
It was not immediately clear whether the blasts were bomb attacks carried out in support of the militants holed up in the building.
Eyewitnesses said sounds of intermittent gunshots and explosions were heard, indicating militants’ response to the security siege that continued for the last three days.
The officials said they were not sure about the number of militants inside the building but hinted that a top militant leader was inside the complex.
Counter-Terrorism and Transnational Crime chief Monirul Islam on Saturday said they got information that JMB chief Musa along with some other JMB militants were in Sylhet.
The neo-JMB, said to be inclined to the IS, was behind the July 1 terror attack on a Dhaka cafe in which 22 people, including 17 foreigners, were killed.
On Saturday, the first blast happened around 7pm about 400 metres off the building where the militants were holed up. It targeted the onlookers and policemen.
The Dhaka Tribune quoted Sylhet Metropolitan Police ADC Jedan Al Musa as saying the blast was a “suicide attack”. Another blast took place in front of the hideout an hour later. Six people including two police officers were killed in twin blasts. The dead included two police inspectors and four onlookers, two of them being college students.
Hours later the IS claimed responsibility for the attack through its propaganda news agency ‘Amaq’. The target of the attack was security forces, it said.
This was the third attack in Bangladesh in eight days for which the IS claimed credit.
Home Minister Asaduzzaman Khan, however, rejected the IS claim, saying that there was no presence of any foreign terrorist group in the country.
He said a top militant leader was inside the building as the crackdown was underway but quickly added “we cannot say anything before the end of the operation”.
Elite Rapid Action Battalion (RAB) Intelligence Wing chief Lt Col Abul Kalam was seriously wounded in blasts and flown to Dhaka for treatment. Doctors said more than 40 people were treated at a major state-run hospital in Sylhet alone.
Citing one of the injured people, bdnews24.com said that the second blast took place when RAB and police personnel went to the spot after the first blast.
CTTC Assistant Commissioner Rohmot Ullah Chowdhury says that there are multiple live bombs still hidden throughout the hideout.
“We have enforced today the Section 144 strictly barring peoples’ entry within the vicinity for security following the casualties,” a police officer told newsmen.
Police had raided the building early morning Friday and cordoned off the area.
TV channels were barred from broadcasting the operation “live”.
The Operation Twilight was launched after a suicide bomber on Friday night blew himself up at the international airport in Dhaka in an attack claimed by the IS. It came a week after an identical attack on a RAB camp in Dhaka. Police had tracked down the Sylhet hideout less than a week after they busted two militant dens on the outskirts of the southeastern port city Chittagong. Bangladesh has been witnessing a spate of attacks on secular activists, foreigners and religious minorities since 2013.
The country launched a massive crackdown on militants specially after the Dhaka cafe attack.