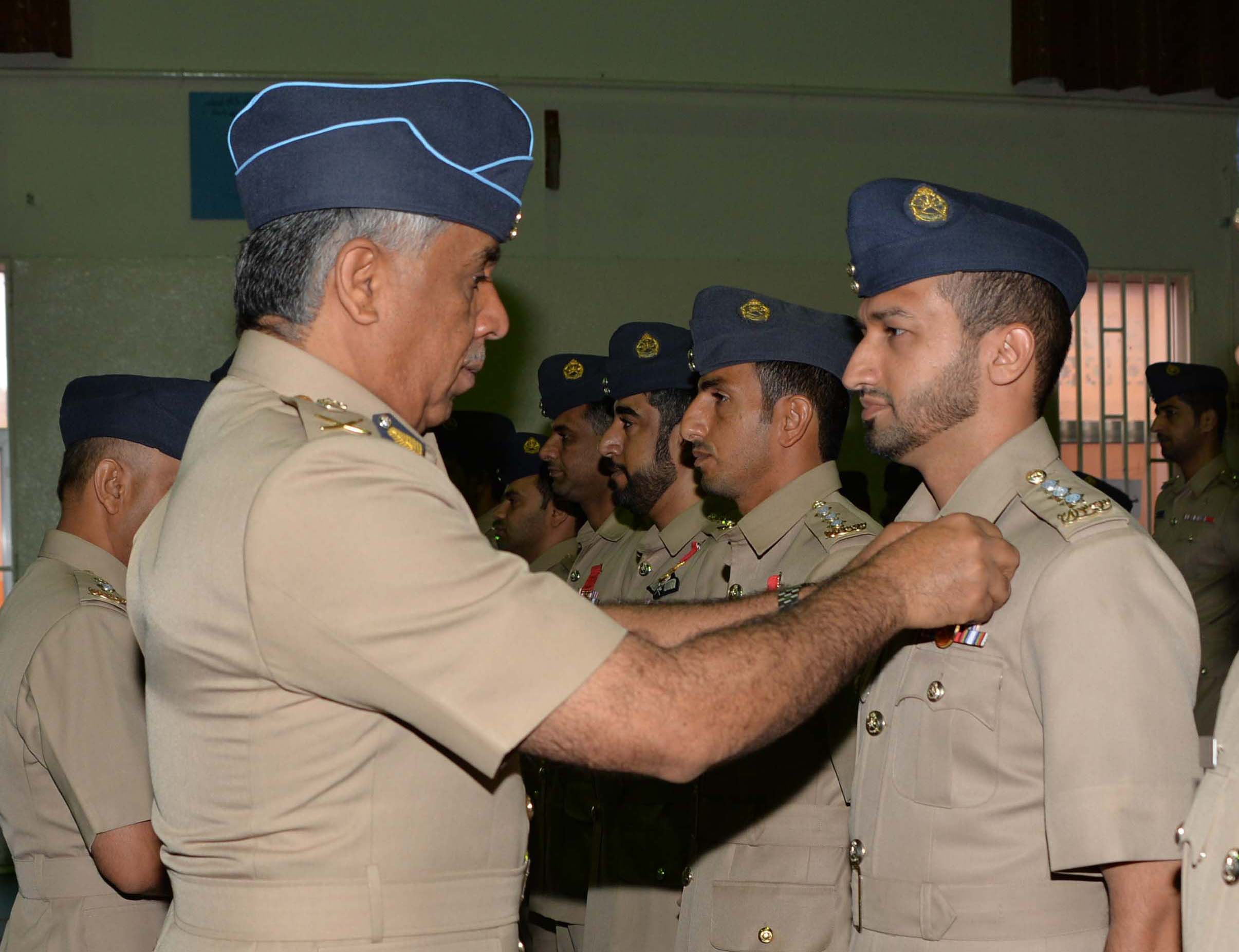 Muscat: Air Vice-Marshal Mattar bin Ali bin Mattar Al Obaidani, Commander of the Royal Air Force of Oman (RAFO) on Wednesday pinned medals of long service and good conduct on a number of outperforming personnel at A’Seeb Air Base, Ghala Air Base, Khasab Air Base and Al Musannah Air Base in recognition of their dedication in carrying out their national duty.
On the sidelines of the event that was held at Ghala Air Base, RAFO Commander also handed over efficiency certificates to a number of RAFO Command and air bases outperforming personnel in recognition of their effective efforts.
The ceremony was attended by Commodore Badr bin Abdullah Al Mahrmi, Commander of Ghala Air Base, Commandant of Sultan Qaboos Air Academy, Air Commodore Said bin Salim Al Shibli, Director General of Human Resources and Administration and a number of senior officers from RAFO, commissioned and non-commissioned officers and personnel.