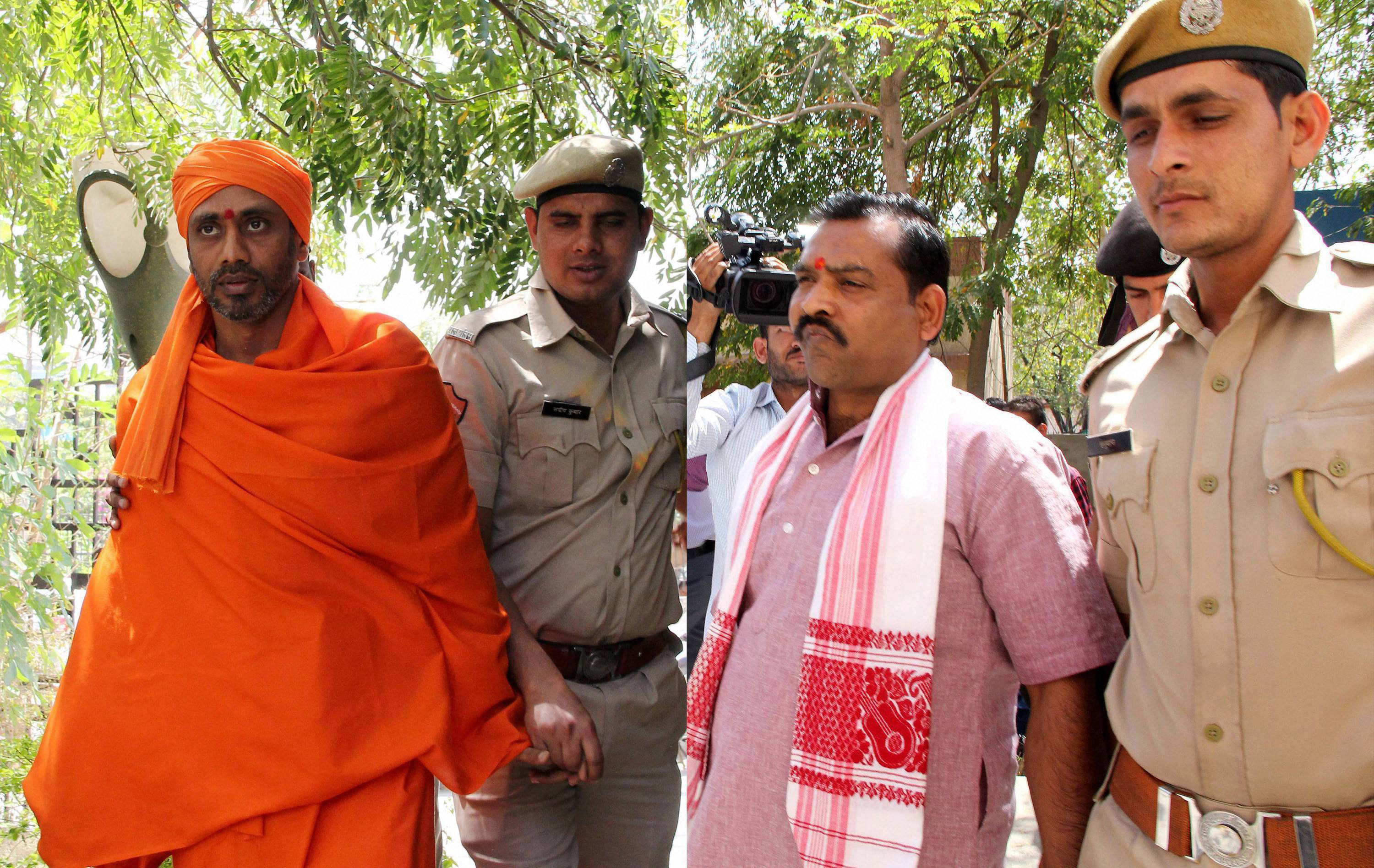 Jaipur: A special National Investigation Agency (NIA) court here on Wednesday sentenced Bhavesh Patel and Devendra Gupta to life in jail in the Ajmer Dargah blast case.
The magistrate also imposed a fine of Rs10,000 on Patel and Rs5,000 on Gupta.
The blast on October 11, 2007 in the dargah of Khawaja Moinuddin Chisti at the time of Roza Iftaar, had left three pilgrims dead and 15 others injured.
On March 8, the court had convicted Patel, Gupta and Joshi in the case while acquitting others including Swami Aseemanand. Joshi died soon after the blast.
The case was handed over to the Anti-Terrorism Squad Rajasthan and was later transferred to NIA which re-registered the case with the NIA police station in New Delhi on April 6, 2011.
There were as many as 149 witnesses in the case and 451 documents were examined and the NIA filed three supplementary charge sheets in the case.