Fun facts: All about chickens 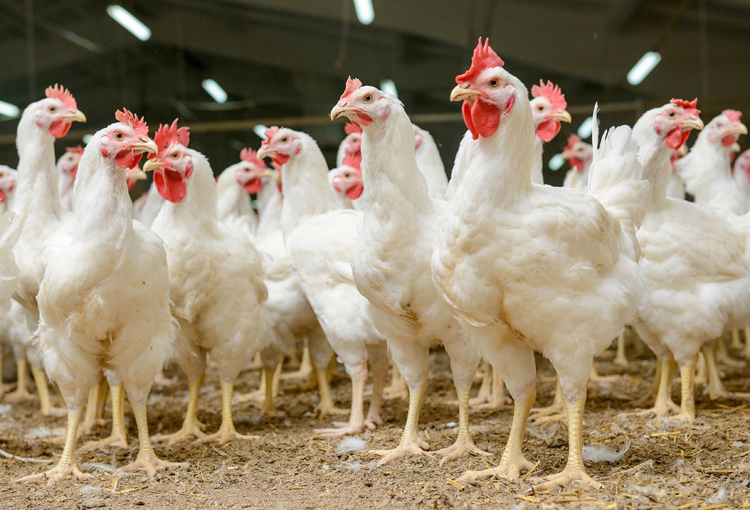 Chickens have long been prized for their meat and eggs. They have also been cruelly set against each other in cock fights, a practice that is illegal in most places today. Many people raise chickens as pets and as show birds. Baby chickens are called chicks. Young females are pullets until old enough to lay eggs; then they are called hens. Male chickens are called roosters, cocks or cockerels.

A bit of history
The chicken, Gallus gallus domesticus, has been domesticated for about 8,000 years. DNA tests show that the domesticated chicken is a close relative of the red junglefowl, a bird that can still be found in the wilds of Southeast Asia. The grey junglefowl of southern India has also contributed to its evolution.Chickens are thought to have been originally bred for fighting rather than for food. Evidence suggests that chickens date back to China around 5400 B.C. They are seen in the Indus Valley by about 2000 B.C., from where they spread into Europe and Africa.

Did you know?
Chickens are omnivores. They’ll eat seeds and insects, but also larger prey like small mice and lizards. In 2004, the chicken became the first bird to have its genome sequenced. There are about 25 billion chickens in the world, more than any other bird species. Different breeds of chickens lay different colours of eggs, including white, brown, blue, green and even pink.

Mating habits
Fertilisation in chickens is usually the result of natural mating, but artificial insemination can also be used. Chickens tend to breed in the spring and early summer. Roosters begin the courtship by performing a dance sometimes called tidbitting. Females seem to prefer males that dance more frequently and have larger, brighter combs on their heads. The rooster’s wattle – the hanging part under his beak – probably to plays a role in getting a hen’s attention. After mating, it takes 21 to 24 days for the eggs to hatch.

The eggs you eat
Hens do not need a rooster to lay an egg. Hens can lay eggs almost every day because they ovulate every 24 to 48 hours. If the hen’s egg is not fertilised by a rooster, there is no chance of that egg ever growing a chick. Almost all eggs sold commercially are produced by hens that have not mated.

Egg development
An egg begins as a cell called an ovum. The yolk forms around the ovum until it is the size of a fully formed egg. The yolk travels through a long tube called the oviduct. On its way, layers of albumen (protein nutrients) form, followed by shell membranes. The final shell is formed in the uterus. It takes 24 to 25 hours for the yolk to move through the oviduct and turn into an egg ready to be laid. A newly laid egg must be kept warm (incubated) if it is going to grow into a chick. An egg starts growing into a chick when it reaches a temperature of 86 F (30 C).
Day 1
The embryo begins to develop

Day 3
The embryo has a head, heart and a tail. The yolk develops blood vessels to feed the embryo

Day 7
A sac of water called the amnion forms around the embryo. Wings and legs begin to develop.

Day 12
Pimples where the feathers will grow are visible. A beak forms and a waste sack shares the space.

Day 20
One day before the chick will hatch. A special egg tooth on the beak helps the chick break out of the shell.

Day 21
The first crack or break in the shell is called a pip. The chick uses all of its strength to break out of the shell and is born wet and tired. The chick will rest and warm up close to its mother. Within a few hours, it is dry and covered in a fluffy yellow down.
- [email protected]