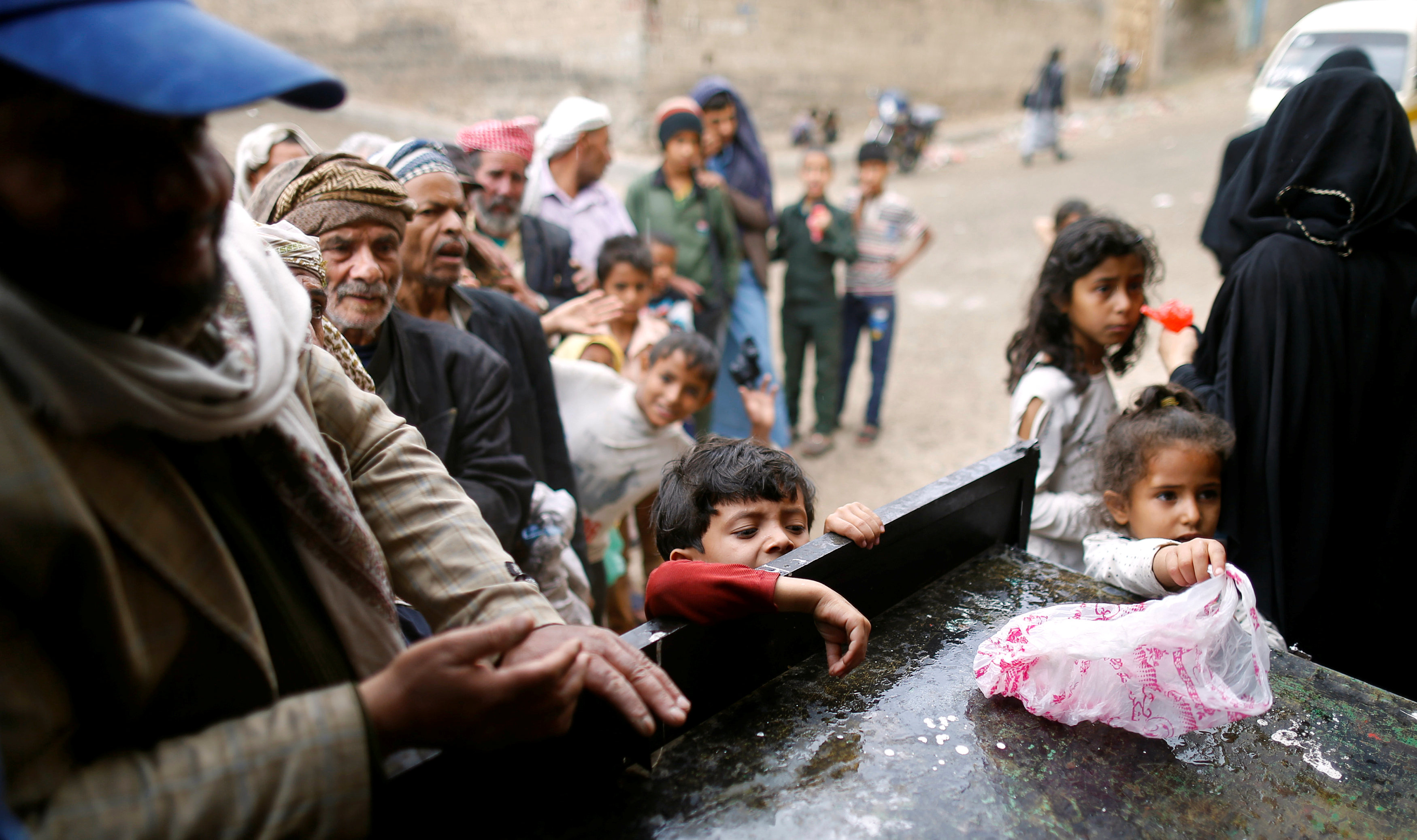 United Nations: The warring parties in Yemen are responsible for the protection of civilians and infrastructure and not others, the United Nations said on Tuesday in response to a Saudi-led military coalition calling for the U.N. to supervise a strategic port.
The coalition, which has been fighting rebels and troops loyal to former president Ali Abdullah Saleh since 2015, on Sunday proposed that the U.N. monitor Hodeidah port after an attack on a boatload of Somali refugees killed 42 people. "Parties to the conflict have a clear responsibility to protect civilian infrastructure and fundamentally to protect civilians. These are not obligations they can shift to others," U.N. spokesman Farhan Haq told reporters.
The refugees had departed Hodeidah en route to Sudan when a helicopter opened fire on Friday, the United Nations refugee agency said.
The Saudi-led coalition denied responsibility for the attack.
The Red Sea port near the Bab Al Mandab strait is under the control of Yemen's armed Houthi movement.
The Bab Al Mandab is a strategic waterway through which nearly 4 million barrels of oil are shipped daily.
Haq said that with Yemen almost entirely dependent on importing food and other commodities it was "essential that all parties to the conflict facilitate unhindered access to Yemen's ports for humanitarian and commercial cargo, including Hodeidah port, which serves 70 per cent of Yemen's affected population."
Hodeidah is part of a broad battlefront where forces loyal to Yemeni President Abd-Rabbu Mansour Hadi, backed by the Saudi-led coalition, are fighting the Houthi movement, which controls most of northern and western Yemen.
Last week, 52 members of the U.S. Congress wrote to Secretary of State Rex Tillerson to urge him to push for Hodeidah port to be opened to aid deliveries.
"The U.S. must act urgently to avert famine and employ our diplomatic clout with the coalition members to ensure that humanitarian goods can get into the port of Hodeidah. The lives of hundreds of thousands of children are at stake," the letter said.
The World Food Programme said last week that the governorates of Taiz and Hodeidah along the Red Sea risked slipping into famine if they did not receive more aid.