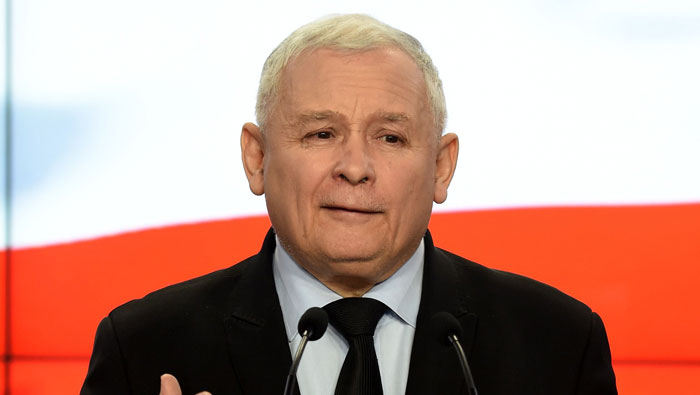 Warsaw: Poland's defence minister has accused European Council President Donald Tusk of working with Russia's Vladimir Putin to harm Polish interests in the wake of a 2010 plane crash that killed President Lech Kaczynski and 95 others in Russia.
The ministry notified the military department of the National Prosecutor's Office on Monday that it suspected Tusk, who was Polish prime minister at the time, of an "abuse of trust in foreign relations".
A spokeswoman for the prosecutor's office in Warsaw confirmed it had received the ministry's notification, which effectively accuses Tusk of diplomatic treason. It now has 30 days to decide whether to investigate.
Tusk's office in Brussels declined to comment.
This marks the gravest formal charge against him by the ruling right-wing Law and Justice (PiS) party, led by Kaczynski's brother Jaroslaw, Poland's most powerful politician and a longstanding opponent of Tusk.
Defence Minister Antoni Macierewicz told the Gazeta Polska Codziennie daily on Tuesday: "Tusk made an illegal contract with Vladimir Putin to the detriment of Poland and should bear criminal responsibility for that."
State news agency PAP quoted the notification as saying Tusk agreed to terms that prevented Poland from playing a full part in investigating the causes of the crash near Russia's western city of Smolensk.
Macierewicz alleged that Tusk failed to secure from the start an agreement with Moscow "to guarantee the participation of representatives of Poland in all investigative activities on the site", and that this allowed Russia to limit the Polish role.
Tusk also failed to take steps that would enforce the return of the Tu-154 plane wreckage to Poland, the notification said, and all these actions amounted to acting to the detriment of Poland.
Russia has repeatedly refused Poland's demand to return the Tu-154 wreckage and its black box recorders, citing its own ongoing investigation.
The notification from the defence ministry covers the period from the plane crash on April 10, 2010 to 2014, when Tusk took up his current post as chairman of EU leaders' summits. The alleged crime carries a sentence of one to 10 years in prison.
"It's not about negligence, it is about a criminal offence," Macierewicz said.
Polish prosecutors are already conducting several investigations into the Smolensk crash, including a case against a group of public officials also suspected of acting to Poland's detriment in the year after the accident.
Tusk has frequently denied any responsibility for the crash, which an earlier official investigation concluded was an accident.
The accusation marks a sharp escalation of the conflict between PiS and Tusk, who led the rival Civic Platform party and was prime minister from 2007 to 2014. PiS has already accused him of neglecting the existence of a fraudulent investment scheme when prime minister and selling off too many Polish businesses to foreigners.
The government tried and failed earlier this month to block Tusk's reappointment to a second term in his EU post and replace him with an alternative Polish candidate.
Civic Platform party hopes Tusk may return to Poland after his EU stint and become its candidate for the next presidential election in 2020.