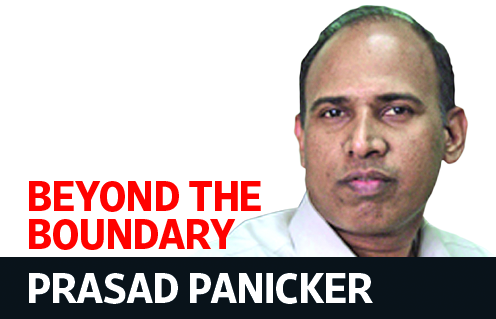 Shaun Marsh and Peter Handscomb batted together for 61 overs on day five at Ranchi to help Australia pull off a great escape that will be celebrated by the Australian team for quite some time, but the seeds of the now-famous draw they snatched from the jaws of what looked like a predictable, damning defeat was actually sowed by India.
A fear of defeat was visible in the way India went about their task on day four, and if the home team practised at Ranchi what they had been preaching -- fearless cricket -- for quite some time, Virat Kohli, not Steve Smith, would have been talking about the momentum a bit more aggressively, and convincingly, than the Australian skipper did after the match.
India lost the momentum between post-lunch and tea on day four.
What Cheteshwar Pujara and Wriddhiman Saha did together until lunch was priceless, but India paid a price for the sluggish way they went about post-lunch. India were 123 runs behind the Australian first innings score when Saha came at the crease and the momentum was going in favour of Australia at that moment.
From 328 for six they took the total to 435 by lunch on day four, and the patience and the intent they displayed were brilliant. Up to lunch, yes. Until the 161st over, yes. But post-lunch, especially after levelling the score and getting comfortably past, it was time to redefine their business.
The Pujara-Saha partnership caught up with the Australian total in the 166th over. With Ravindra Jadeja waiting for his turn in the dressing room in the company of Umesh Yadav and Ishant Sharma, one of them should have switched himself from patience to a bit of aggression aimed at scoring quick runs. Such a transformation was missing, and we got to learn later that it -- the overcautious way forward -- was a team strategy.
Saha was on 59 at lunch and Pujara on 164. To say that they played for personal milestones between lunch and tea will be mean, but it’s not entirely senseless to say that they did not show a sense of purpose required for the occasion in 27 overs that yielded just 68 runs at 2.5 runs an over. After spending such a lot of time and when the team was safer than ever, it was time to accelerate, not accumulate, if you were looking for a win.
We got a glimpse of the Indian mindset when Yadav joined Jadeja and went for a slog and got dropped. This was when India had a lead of 97 runs. He was back on strike in the next over when Jadeja took a single off the first delivery and, surprisingly, was happy to block the next five balls. Yadav’s transformation was no mystery; the message had been passed on to him during change of over; and he blocked and tackled for nearly 11 overs to help India stretch the lead.
What made India not to take some risk even when the lead was close to 100? The fear of losing the match and the Border-Gavaskar trophy, perhaps. Anil Kumble and Kohli seemed to be desperate to make sure they didn’t lose, and they didn’t seem to mind even if it meant wasting a good chance to win.
Coupled with the over-cautious approach was Kohli’s failure to bring in the right man to bowl at the right time. Ravichandran Ashwin was given the ball for just one over in the entire morning session on day five, and that was just before lunch, and in the meantime Sharma and Yadav had been trying their luck outside off stump, which Smith and Matt Renshaw were happy to leave alone.
Obviously, they were in no hurry to score runs. The ball was harder early in the morning for Ashwin to get some purchase, so it made no sense on the part of Kohli to blame the SG ball for the draw. It was a case of Kohli failing to toss the ball up to the right man when it was hard enough.
After posting a lead of 152, after taking two wickets by the end of play on day four giving away just 23 runs, and after claiming two more — including that of Steve Smith — with six more overs still to go for lunch, it looked as if India were on course to repeat history of the sort they scripted against New Zealand and England recently.
On the other hand, it’s now about how India couldn’t take advantage of a slew of winning factors: an imposing lead, a crowd to whip up a hell, a typical, familiar home pitch, a total absence of any fear of losing and two top-ranked spinners. India failed to do the possible when just any one of the factors could have driven a team to do even the impossible.
The series is delightfully positioned as it moves to Dharamsala for the final showdown. With just 46 runs at an average of 9.2, there’s nothing much to talk about Kohli the batsman, but he still is public enemy number one. Of Australia and, if you believe the Australian media, of the entire sporting world.
Call him the Trump with a bat or whatever you like, but the fact is that Kohli’s an inspiring leader, an awesome player and the trump in the Indian pack. He does that within the spirit of the game. It’s perhaps a bit like what Australian cricketers used to say with a smile about their chirpy-chatty side on the field -- always within the limits -- of which the victims will have a different view. Australia are now finding themselves on the wrong side of the line, and that’s a new experience for them.
They need to get used to the new realities of life, perhaps.

*****
The writer is a freelance contributor based in India. All the views and opinions expressed in the article are solely those of the author and do not reflect those of Times of Oman 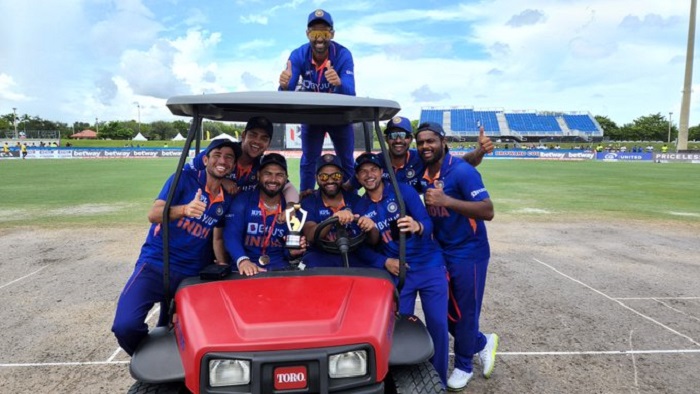