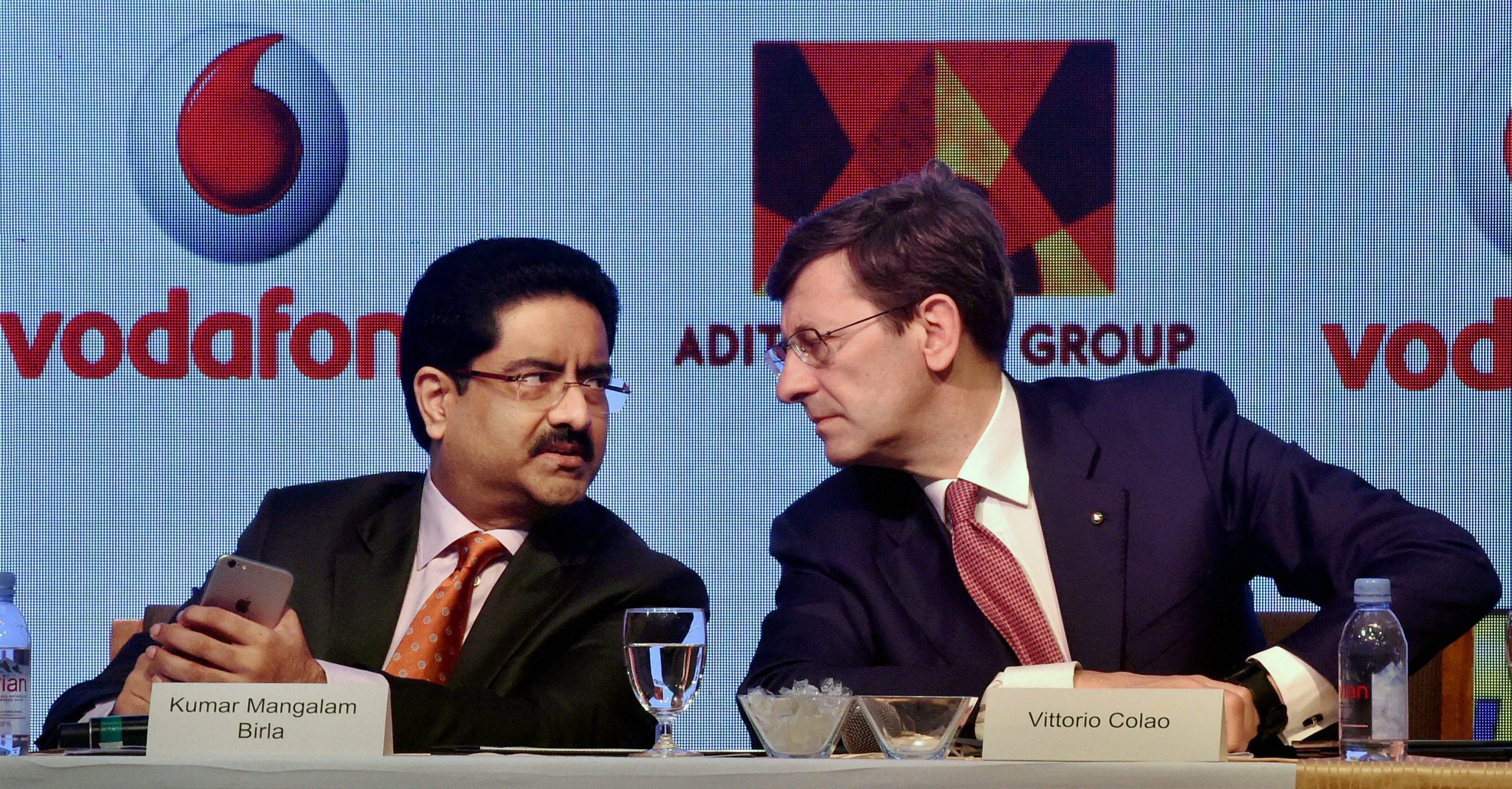 Mumbai: Vodafone Group Plc’s Indian unit agreed to merge with Idea Cellular Ltd. to create a wireless company that’s more than twice as big as AT&T Inc. by subscribers -- and a new leader in a market that is so competitive after India’s richest man offered phone calls for free.
Vodafone will own 45.1 per cent of the combined company, after selling a 4.9 per cent stake in the new entity to billionaire Kumar Mangalam Birla’s holding companies, according to a stock exchange filing on Monday. Birla’s companies will take a 26 per cent holding, with the remainder being held by the public. The new company is worth $23.2 billion, based on the combined enterprise value of $12.4 billion for Vodafone India and $10.8 billion for Idea Cellular. Shares of Idea Cellular jumped as much as 14 per cent in Mumbai.
The enlarged wireless operator would have 395 million subscribers, exceeding those of market leader Bharti Airtel Ltd. Vodafone would gain a listing in the world’s second-largest wireless market, which it has been considering since at least 2011.
Vodafone and Idea will each control three seats on the board of the new company, which in addition will have six independent directors. Birla will have the right to appoint a chairman.
For Vodafone, the deal would allow it to unload an unprofitable business that has forced the UK carrier to take a $5 billion writedown and pump more than $7 billion into the unit. Idea’s promoters will buy the 4.9 per cent stake in the merged entity for Rs.38.74 billion ($592 million) in cash, on completion of the transaction.
The latest transaction is expected to be completed in 2018, according to the statement. It is the biggest deal to emerge after billionaire Mukesh Ambani’s Reliance Jio Infocomm Ltd. stormed into the market last year by offering free calls and data, pressuring other carriers to consolidate.
Last month, Bharti agreed to acquire Telenor ASA’s Indian business. The Norwegian state-controlled carrier said at the time that prospects for the industry did not warrant further investments.
Birla units, including Aditya Birla Nuvo Ltd., own 42 per cent of Idea, according to the company’s website. Malaysian carrier Axiata Group Bhd has a 20 per cent stake. Vodafone India Ltd. is a wholly owned unit of Vodafone.
In the quarter ended on December 31, Idea reported its first loss for the group in about a decade. Idea reduced its voice calling rates by 11 per cent and mobile data rates by 15 per cent from the previous quarter. Free calls and data offered by Reliance Jio also reduced data consumers on its network.