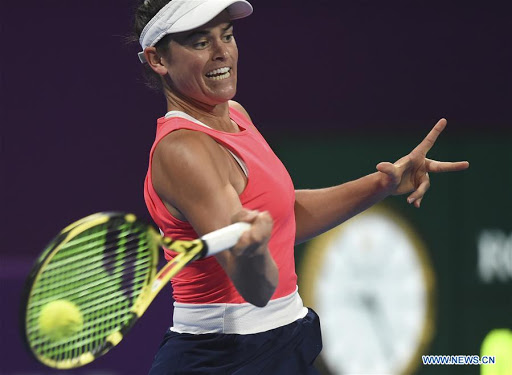 New York: Jennifer Brady of the USA on Tuesday sailed into the semifinals of the ongoing US Open 2020.

Brady defeated Yulia Putintseva of Russia in straight sets 6-3, 6-2 to enter the semifinals of the tournament. The 25-year-old came out all guns blazing and she did not let her opponent settle into the match.

Brady won the first set 6-3, and she took the momentum from there to win the second set in no time.

The 25-year-old Brady had earlier defeated Angelique Kerber in the round-of-16 match to progress to the quarterfinals.

Two-time Grand Slam champion Naomi Osaka of Japan advanced to the US Open semifinals for the second time in her career, ousting Shelby Rogers of the United States 6-3, 6-4 on Tuesday.

"I'm aware that the opponents that I play from now on are going to be very tough," said Osaka, who won the US Open in 2018. "For me, I think the last two Grand Slams titles, everything happened so fast, I wasn't really in the moment. I'm just really happy to be in the semis, and hopefully I can keep going."

Osaka lost all three of her previous matches against Rogers, but this time she turned the tables and needed just one hour and 20 minutes to triumph.

"The big thing for me was to be the aggressor and to be okay with making unforced errors," said Osaka. "Apparently I didn't make that many. Just to accept the unforced errors because I know that I'm going for shots."

Osaka will now face another American, Jennifer Brady, in the semifinals. One of the in-form players of the summer, Brady, who won her first career WTA singles title in Lexington last month, dispatched Yulia Putintseva of Kazakhstan to reach her first-ever Grand Slam semifinal.

In the men's quarterfinals, German player Alexander Zverev was not at his flying best, but still found a way to win.

"I just started playing maybe a little bit more aggressive because if I would have played the way I played, that's not the level for a quarterfinal match of a Grand Slam," Zverev said. "I had to start playing better and I was a little bit more consistent then as well. My serve got better and I said to myself, 'I'm down 6-1, 4-2, I have nothing to lose.'"

Coric has been Zverev's nemesis dating back to their junior days. The Croatian beat the German in the 2013 US Open boys' singles semifinals and entered this match leading their head-to-head series 3-1, including a four-set victory in New York three years ago.

"It was a very good match, very good competing, as well. In the third and fourth sets, I just felt like he also raised his level," Coric said. "He was playing some really, really good tennis, because I thought I was not actually playing bad. I just thought he was too good in the third and in the fourth sets."
Zverev will play against Pablo Carreno Busta of Spain, who edged past Canadian player Denis Shapovalov 3-6, 7-6(5), 7-6(4), 0-6, 6-3 in another quarterfinal
match.