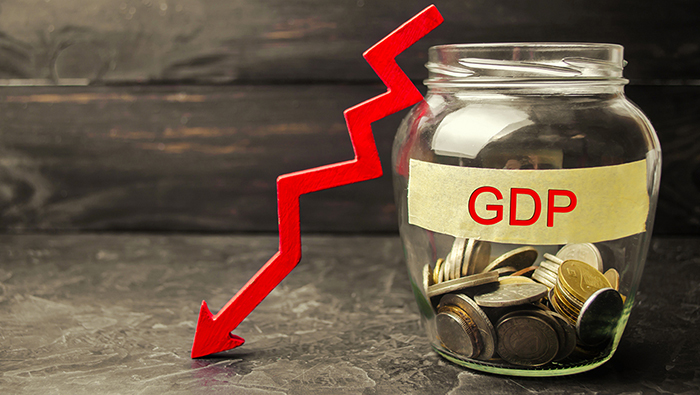 Mumbai: India reported its steepest fall in headline GDP numbers in 40 years by reporting 23.9 per cent contraction in the April-June quarter over the same quarter last year, according to the data shared by the country's National Statistical Office on Monday.
The combined Index of eight core industries stood at 119.9 in July 2020, which declined by 9.6 (provisional) per cent as compared to the corresponding month last year while the cumulative growth during the five months from April to July declined by 20.5 per cent.
The contraction is a fall-out of the COVID-19 led lockdown in the country as India ranks third after the United States and Brazil for the total number of COVID-19 cases.
In the preceding quarter of January-March, India's GDP had grown at 3.1 per cent but had declined for the entire fiscal year of 2019-20 (April-March) to 4.1 per cent, the weakest since the global financial crisis, from 6.1 per cent in the preceding year of 2018-19.
In the first four months of the current financial year till July-end, India's fiscal deficit crossed the full-year budget target at 111.7 billion US dollars or 103.1 per cent for the current fiscal year, as per the government data.
"With the localised lockdowns arresting the recovery in many sectors, the pace of the contraction in the GoI's (Government of India) gross tax revenues recorded only a subdued improvement to 20 per cent in July 2020 from 23 per cent in June 2020, which was led by excise duty, income tax and customs duty," said Aditi Nayar, principal economist with ICRA, a domestic credit rating agency.
"The GDP contraction numbers are much worse than expected and clearly shows the economic recovery expectations are slower than believed," said Abhimanyu Sofat, Head of Research at IIFL Securities, a domestic brokerage house, adding that this could lead to further fiscal and liquidity stimulus.