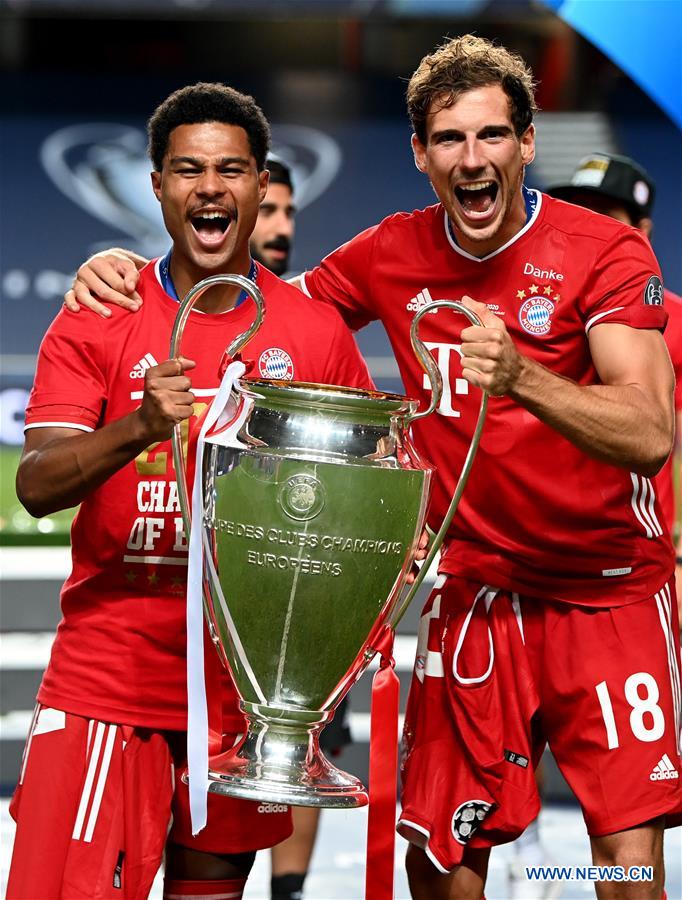 Berlin: In the aftermath of Sunday's 2020 Champions League final, it was virtually impossible to sort out who was who on the pitch.
After the final whistle confirmed Bayern Munich's second "treble" after 2013, riotous cheers erupted and TV viewers witnessed a gigantic knot of bodies dressed in red.
Manuel Neuer was enveloped along with Robert Lewandowski, Thomas Muller, Kingsley Coman, Joshua Kimmich and the rest of the squad who beat Paris Saint-Germain 1-0.
It was impossible to single out the man of the match or the solitary person responsible for the stunning success of 11 wins in 11 games in this season's campaign.
If there is a headline describing the Bavarians' triumphal march, it must be this: Bayern's success has many fathers.
Manuel Neuer
PSG coach Thomas Tuchel gave a wry smile when discussing Bayern's heroes. "Manuel Neuer? His performance is close to unfair competition. He has been in perfect shape for months. Unfortunately for us, he chose the wrong timing," Tuchel rued, adding that Neuer has lifted goalkeeping to a new level.
German goalkeeping icon Oliver Kahn called the 34-year-old one of football all-time greatest. "Just take a look at his achievements," Kahn said. In addition to the 2013 treble and multiple other titles with Bayern, Neuer also lifted the 2014 FIFA World Cup with Germany.
Seven years after 2013, Neuer again turned into an impenetrable wall as he has during the entire campaign.
Robert Lewandowski
The stunning number of 15 goals might tell the story. In 2020, the 32-year-old Pole became Europe's leading striker.
Former German international Lothar Matthaus named him the best performer of the season.
The Bayern striker might narrowly have missed Cristiano Ronaldo's Champions League record of 17 strikes in a season, but scored a staggering 54 goals in 45 appearances (plus 10 assists) in all competitions this season.
Lewandowski is seen as the hottest candidate to win the 2020 Best FIFA Men's Player award after winning the Champions League for the first time.
Thomas Muller
Bayern coach Hansi Flick has called him "the driving force for our high pressing."
The 30-year-old has had a stunning season. Having been dropped by previous Bayern coach Niko Kovac, Muller has returned to his world-class form under Flick. Many in Germany are demanding his return to the national team after he was overlooked by coach Joachim Low a year ago.
"I am happy about the title, yes, but I am happy to have helped to win it. I proved I am not ready to end up at the bottle bank," the Bavarian idol said.
Kingsley Coman
The 24-year-old Frenchman in the Lisbon limelight wrote one of football's most touching stories. Raised in the PSG academy, the Bayern forward sealed the match against his former club with his header in the 59th minute.
He spoke of a magical evening. How magical it must have been for the winger came to light after the final whistle, when Coman cut out a part of the goal net that collected his winning header.
Joshua Kimmich
The 25-year-old's favourite position is the 6 in midfield. For long, Kimmich had been one of his side's driving forces by directing the game from the center.
Without complaining, he returned to his initial right-back position to fill the gap after Benjamin Pavard's injury.
In Lisbon, he also changed his usual attacking style to nullify the threat of PSG forward Kylian Mbappe.
Thiago Alcantara
Can there be a better farewell present than to win the Champions League? The 29-year-old Spaniard is said to be leaving Bayern, with Liverpool said to be his next port of call.
After rejecting Bayern's half-hearted offer to extend his contract, Thiago returned from the bench to provide a top-class performance as the livewire in Bayern's midfield.
Second row heroes
Neuer said the club's 2020 squad is better than the 2013 treble-winning one for a reason. "Our range of top-class players is much wider than seven years ago," the four-time world's best goalkeeper commented