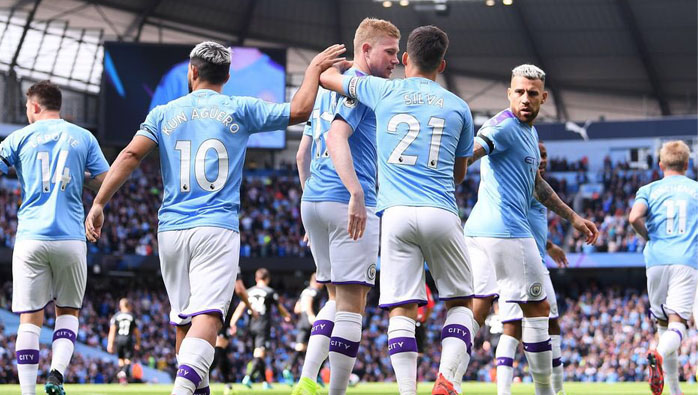 London: Manchester City's two-year ban on competing in UEFA competitions has been lifted, the Court of Arbitration for Sport (CAS) announced.
In February, UEFA confirmed that Manchester City had been banned from European competitions for the next two seasons and fined 30 million euros (32.5 million U.S. dollars) after being found guilty of "serious breaches" of UEFA's Financial Fair Play rules.
CAS ruled that the Premier League club did not disguise equity funding as sponsorship contributions, but did fail to cooperate with UEFA authorities.
CAS then decided that while City's exclusion from participation in UEFA club competitions would be lifted, their fine would be upheld but reduced to 10 million euros.
According to the investigation of the independent Adjudicatory Chamber of the UEFA Club Financial Control Body (CFCB), Manchester City was believed to "committed serious breaches of the UEFA Club Licensing and Financial Fair Play Regulations by overstating its sponsorship revenue in its accounts and in the break-even information submitted to UEFA between 2012 and 2016".
But after "a hearing with the parties, their legal representatives, witnesses and experts on 8, 9 and 10 June 2020," the CAS panel of arbitrators in charge of the matter concluded with a different decision from CFCB.
The CAS statement read: "The CAS award emphasized that most of the alleged breaches reported by the Adjudicatory Chamber of the CFCB were either not established or time-barred. As the charges with respect to any dishonest concealment of equity funding were clearly more significant violations than obstructing the CFCB's investigations, it was not appropriate to impose a ban on participating in UEFA's club competitions for MCFC's failure to cooperate with the CFCB's investigations alone."
Manchester City welcomed the verdict by releasing a club statement to "thank the panel members for their diligence and the due process that they administered".
The oil nouveau riche club confirmed a second-place finish in this season's Premier League with three games remaining. The overturn of the two-year ban means that they will play in the European Champions League next season.
UEFA said in a statement that it took note of the decision but emphasised: "Over the last few years, Financial Fair Play has played a significant role in protecting clubs and helping them become financially sustainable".
CAS said the final award with reasons will be published on its website in a few days. UEFA said it will be making no further comments on the matter.