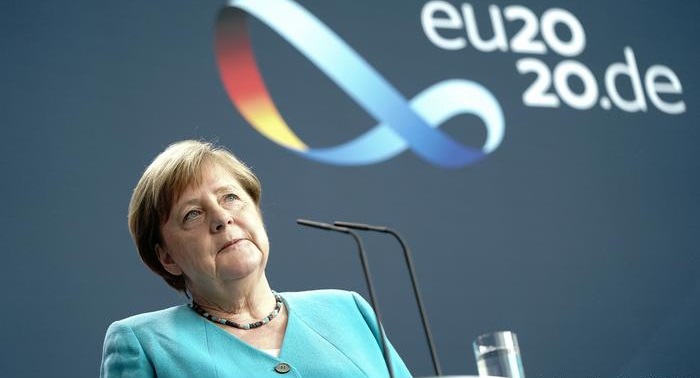 Strict border restrictions and country-wide lockdowns were enacted across the continent to curb the spread of the virus, but many have been eased in recent weeks.

Now the bloc is seeking a way out of the financial turbulence sparked by the pandemic, with the EU's economic recovery set to top the agenda during Merkel's trip to Brussels.

The chancellor will also meet the presidents of the European Parliament, David Sassoli, and the European Council, Charles Michel, just one week after Germany assumed the presidency of the EU Council.

Difficult talks ahead of summit

The meeting takes place ahead of next week's summit involving the EU's 27 heads of governments. The EU is pushing for a consensus on the bloc's $846 billion stimulus deal from those talks after a similar conference at the end of June did not result in any concrete agreement.

While Wednesday's discussions may result in a breakthrough on the multi-billion euro package, the so-called "frugal four" – the Netherlands, Sweden, Denmark and Austria – will not be present in the Belgian capital.

These member states have been critical of certain aspects of the deal and are likely to pose the biggest threat to any consensus being reached when all the member states come together next week.