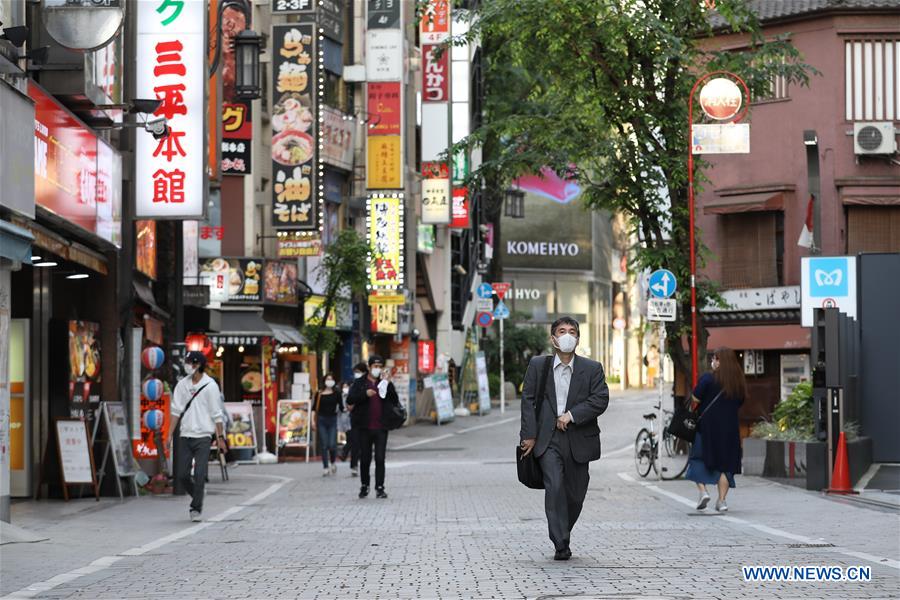 TOKYO: The Japanese government has no immediate plan to reinstate a state of emergency for the capital of Tokyo and Fukuoka Prefecture despite an increase of COVID-19 cases in the two areas recently, Economic Revitalization Minister Yasutoshi Nishimura said on Sunday.

Nishimura, also minister in charge of the government's response to the pandemic, told the public broadcaster NHK that he did not expect the number of new infections to rise quickly as Japan restarted its economy, adding that he would continue to monitor the situation closely.

The city of Kitakyushu in Fukuoka Prefecture has been hit by a second wave of coronavirus infections, after a recent spike in new COVID-19 cases led to the government deploying its cluster response team to the city.

In Tokyo, the epicenter of Japan's outbreak, the daily infection rate has been in double digits for several days since Tuesday when the government completely lifted the state of emergency.

According to the latest figures from the health ministry and local authorities on Sunday, the confirmed COVID-19 cases in Japan increased by 35 to reach 16,912.

The number excludes the 712 cases from the Diamond Princess cruise ship that was quarantined in Yokohama near Tokyo.

Meanwhile, the death toll in Japan from the pneumonia-causing virus currently stands at a total of 910, according to the health ministry, with the figure including those from the cruise ship.

In Tokyo, the number of confirmed COVID-19 cases has increased by five to reach 5,236, followed by Osaka Prefecture with 1,783 infections.

Kanagawa Prefecture, meanwhile, has recorded 1,367 infections, Hokkaido 1,091 cases, Saitama 1,000, Chiba 902, while Fukuoka Prefecture has recorded 758 cases of COVID-19, according to the latest figures on Sunday.

The health ministry said there are currently a total of 120 patients considered severely ill and are on ventilators or in intensive care units.

The ministry also said that in total, 15,113 people, including 654 from the cruise ship, have been discharged from hospitals after their symptoms improved.