Geely: The second-ever auto group to launch its satellites 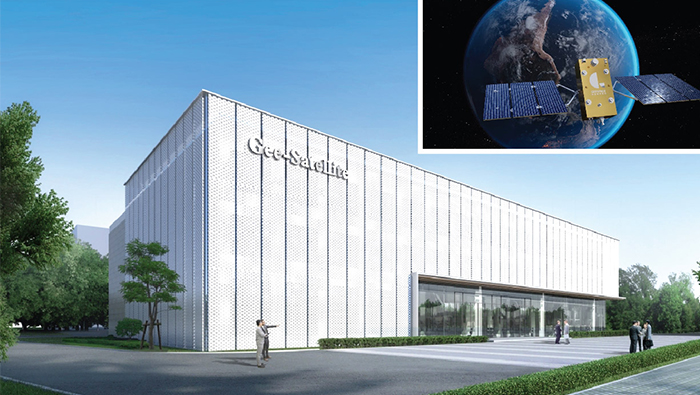 Muscat: With 2020 marking the 50th anniversary of China’s first satellite launch, Geely Technology Group’s subsidiary Geespace announced that after final testing in June this year, its first two satellites will be shipped to Jiuquan Satellite Launch Center for launch into low-orbit. In doing so, Geely will become the second-ever automotive company to launch its satellites into space.
Geely owners and drivers can be confident in the fact that the same technological prowess that the company was founded on in 1986, and that has been driving Geely automotive to success since 1997, will now carry the Geely brand into the stars.
The first two Geespace satellites are designed to provide users with high-precision positioning services that are accurate to centimetres, and which support the operation of OmniCloud – Geespace’s ground-breaking AI cloud platform.
OmniCloud is set to enhance the development of Geely’s autonomous driving through the use of a fully connected infrastructure – while assisting with AI decision-making to monitor surroundings, and support safe and highly autonomous driving.
As an open platform that utilises satellite network data to provide support for satellite-based products and services, OmniCloud will also ensure that urban traffic management can be made more efficient through services such as high-precision positioning data for vehicles, artificial intelligence; and public transportation fleet management, ride-hailing and ride-sharing management.
In the industrial sector, OmniCloud can provide support with the help of sensors on manufacturing equipment, allowing operators to remotely monitor, control, and maintain equipment at any time and place.
To date, Geespace’s first two satellites have been successfully produced and verified with all performance metrics meeting design specifications. In June, the satellites will undergo their final validation in various tests to simulate the condition of launch environments, and the extreme sub-zero temperatures in the vacuum of space. They will then be shipped to Jiuquan Satellite Launch Center in North West China for the launch.
Geely Holding entered the aerospace industry in 2018 with the establishment of Geespace under Geely Technology Group to develop, launch and operation of low-orbit satellites.
In as early as 2010, Zhejiang Geely Holding Group Chairman, Li Shufu laid out his vision for the future of Geely Holding’s transition towards being a technology-driven company with social innovation at its core. “With our feet on the ground, we should always keep an eye on the wider universe. We should protect the environment on earth and push for sustainable development here, but at the same time we should also look to develop in the stars,” Chairman Li Shufu stated.
The new Geespace satellite network will not only provide support for Geely’s three-dimensional mobility ecology; it will also support future mobility, intelligent manufacturing, unmanned drone flight, urban management, and other applications.