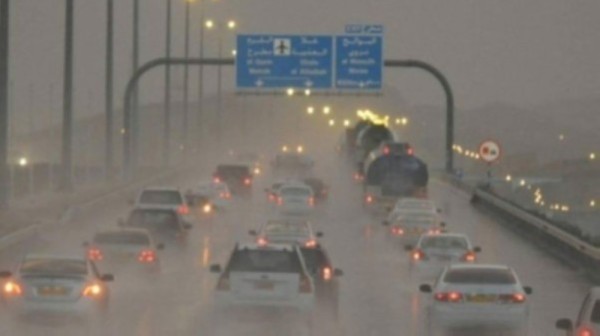 PACA said in its alert, "The latest weather chart and the analysis of the National Center for Multi Hazards Early Warning Centre indicate that the tropical depression located over the coastal areas of Dhofar governorate with estimated surface wind speed around the centre between 17 and 25 knots and is likely to intensify to deep tropical depression during the coming hours.

PACA pointed out that: "The continuous of heavy rain 100-200mm during next 24 hours associated with fresh to strong winds with flooding over law and coastal areas and increase in Wadi's flow with a reduction in horizontal visibility. With the chance of cloud advection and isolated rain (10-30 mm) over the southern parts of Al Wusta governorate and sea conditions will be rough along with governorates of Dhofar 4-5 metres and Al Wusta 3 metres."

" PACA advises the public to take precaution and stay away from low lying areas, avoid crossing wadis and avoid venture into the sea," the statement added.