Eclipse to be seen across nearly all of Oman 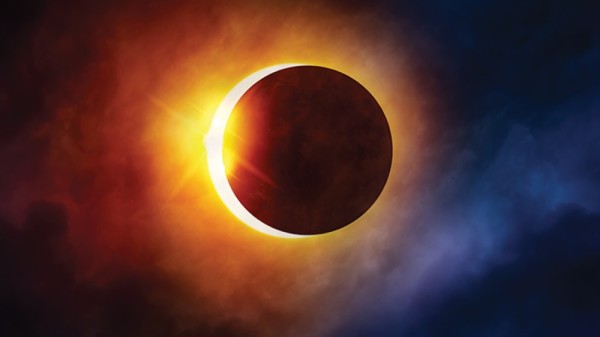 Muscat: Oman will witness an annular eclipse that will be seen across 98 per cent of all of the country's wilayats this June.

Ibrahim Al Mahrouqi, member of the Board of Directors of the Omani Astronomical Society and head of the Department of Lunar Observation at the Department of Astronomical Affairs of the Ministry of Awqaf and Religious Affairs, spoke exclusively to Times of Oman saying: “The Sultanate will witness an annular eclipse on the 21st of June, which promises to be an exceptional phenomenon. The wilayats that will be completely covered by the eclipse include Qurayat in Muscat Governorate at 11:20 am, while there will be 98 percent coverage of the eclipse in Manah, Nizwa and Al Hebi in Al Dakhiliyah Governorate at 11:14 am and Samad Al Shan in North Al Sharqiyah Governorate at 11:17 am, meaning these areas will notice darkness in broad daylight.”

Al Mahrouqi pointed out: “Some wilayats in different governorates of the Sultanate will witness a partial eclipse with a coverage of 97 per cent, such as Samail and Bahla in Al Dakhliyah Governorate at 11:17 am, and Ibra and Sinaw in North Al Sharqiyah Governorate at 11:18 am. Other wilayats like Muscat, Ibri, Yanqul, Al Buraimi, Sohar, Shinas, Al Suwaiq, Rustaq, Musena’ah, Barka, Sur, Ja’alan Bani Bu Ali, Masirah and Haima will witness a partial eclipse with coverage between 90 to 96 per cent.”

”Some wilayats will witness partial eclipse with coverage from 84 to 89 per cent, that include Salalah, Thumrait, Mirbat, Dhalkout, Khasab, Madha and Al Duqm. This phenomenon will coincide with the astronomical summer solstice, as well as the start of the monsoon winds which are locally called the Khareef."