Glad to be back in Oman after 60 days 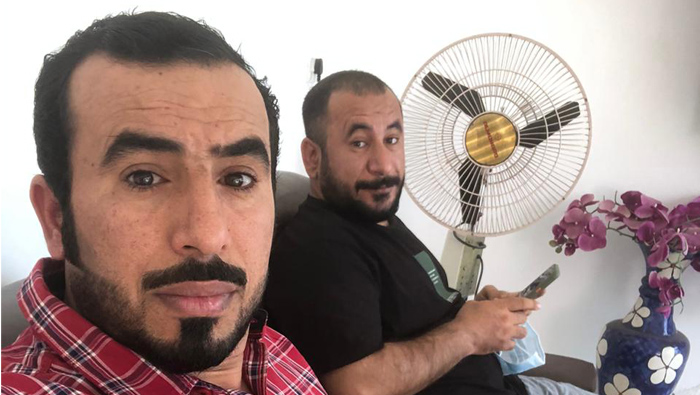 Muscat: The Omanis who returned home on the repatriation flight from India on Saturday have thanked His Majesty Sultan Haitham Bin Tarik, and the Ministry of Foreign Affairs for helping them come back to the Sultanate.
“I am very happy to come back to the Sultanate after two months during which I stayed in India,” said Ahmed Said Al Badi, one of the citizens. “I arrived in the Sultanate on Saturday afternoon as part of the group of 10 Omani citizens stuck in India. I went to India on March 11, 2020, to care for my father who was beset with many medical problems, including brain cancer and kidney ailments. My father was undergoing treatment in KIMS Hospital in India.”
It was Ahmed’s turn to look after his father after his brother, Talal, had spent a month with him in India. Speaking to the Times of Oman, Talal Al Badi said, “I travelled to India on February 20, 2020, with my father and mother to treat my father who was suffering from brain cancer. We landed at Kochi airport and then moved to KIMS Hospital, where I stayed with him for 35 days. My manager at work needed me to come back, so I asked Ahmed to stay with our father.”
His father had been admitted to hospital in Thiruvananthapuram, the capital of the Indian state of Kerala. He unfortunately died of his ailments on April 4, 2020, while in India, and his body was repatriated to Oman from Kochi via Dubai, United Arab Emirates (UAE).
“I could not come back with my father's body because I was told I could not travel on this flight, as it was sent through air freight, and the arrangements to transport the body had been done by the Embassy of Oman in India. An official from the embassy said I could go with my father’s body, but there was no time for me to go, because the flight was expected to take off in one hour, and I lived in a place that was about six hours drive from Kochi airport."
On May 5, embassy officials informed Ahmed that a special flight to Muscat would leave Kochi on May 9, as part of the efforts to repatriate the first batch of expats in the country. The cost of his ticket was covered by the government, and the 10 citizens have been moved to quarantine as a safety precaution, where they will remain for 14 days.
“I had appealed to the Embassy of Oman in India, the Ministry of Foreign Affairs, and the competent authorities, whether in Oman or India to arrange for means to come back to my homeland, because by this time, flights out of India had been suspended,” he said. "This was also the reason my father’s body took time to reach home. An official from the Oman embassy informed me that the delay in transferring him home was because the Indian authorities had stopped all flights.”