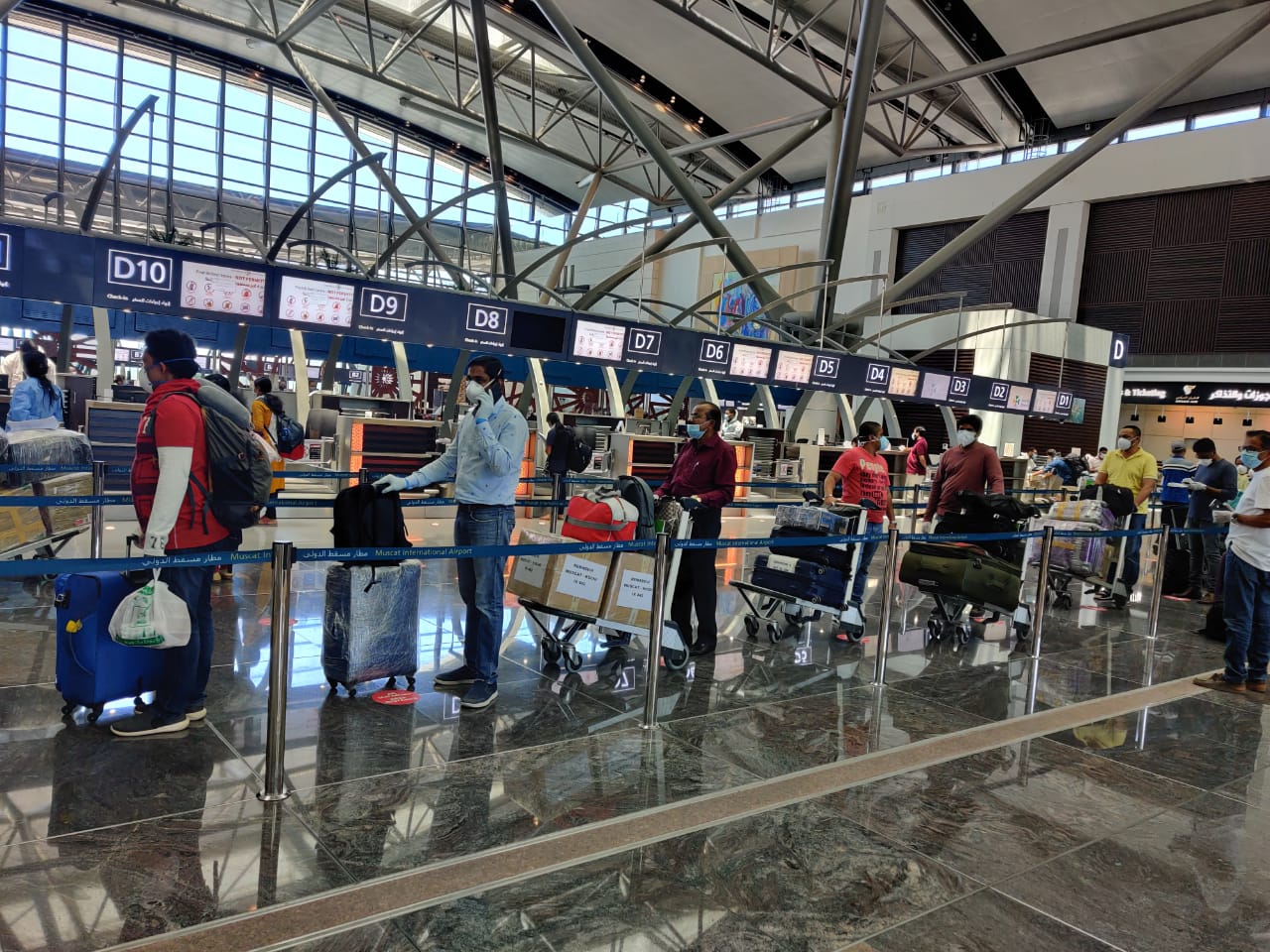 Muscat: Several Omanis returned home while many Indians took the first repatriation flight from Muscat as part of the emergency evacuation plans during the COVID-19 pandemic.
The flight arrived from Kochi to Muscat International Airport yesterday afternoon.. On board were the Omani citizens who were in India following the lockdown that had been put in place since the start of the COVID-19 outbreak in India.
The flight took off an hour later with 181 Indian nationals headed home as part of the Indian government’s efforts to bring back expats who wished to return home. It landed around 10pm local time.
The 10 Omanis wanted to return home after the coronavirus outbreak in India, and arrangements to bring them back to the Sultanate were made by the governments of Oman and India.
Priority to board the aircraft were given to those who required medical assistance in India, as well as the elderly, pregnant women and workers who’d been laid off. 77 of those on board were travelling due to medical emergencies, the pregnant and elderly amounted to another 48, stranded tourists in Oman came to a further 30, while 22 workers in Oman were also flying home. Four infants were also travelling to India with their families.
“Some Indians who wanted to return home for very compelling reasons were able to travel,” said Munu Mahawar, India’s ambassador to Oman. “The Vande Bharat mission is a mega mission which has become possible because of the involvement of various ministries of the government of India, including the Home Ministry, Ministry of External Affairs, Ministry of Civil Aviation, Air India, and the state governments, are all working closely together.
“We are happy that on this particular flight, we have been able to bring back some Omani nationals who wanted to travel from India,” added the ambassador, who was part of the embassy team stationed at the airport to provide assistance to the passengers, should they require any.
In addition to these 177 passengers and four infants, the mortal remains of three Indians were also sent back on the repatriation flight to Kochi. Passengers who wish to travel to India on flights that will be organised in the future are requested to register themselves on the Indian embassy’s website. The next flight from Oman is expected to be on 12 May, and will fly to Chennai at 4:15pm Oman time.
Thanking the Indian embassy for their efforts in organising the lists of passengers who urgently needed to fly back home, Dr Sathish Nambiar, the chairman of the Indian Social Club in Muscat said, “This has largely been due to the efforts of the government of India, and particularly, here in Muscat, the efforts of the Embassy of India, under the leadership of Munu Mahawar, our ambassador.
“One fondly remembers that it was Muscat, that was the first to start the process of registration, and that has made the process much easier and kept us all in readiness,” he added.
Members from the Indian community organisations were also at the airport to make the boarding process easier for the passengers. The embassy thanked these volunteers, saying, “The Indian embassy deeply appreciates the support by Indian community leaders and social workers across Oman, for assistance in the first repatriation flight to Kochi, IX-442.”
Indian expats who have enquiries regarding repatriation flights can contact the embassy on 24695981, or email them on [email protected]. Queries on WhatsApp can be sent on +968 93577979.