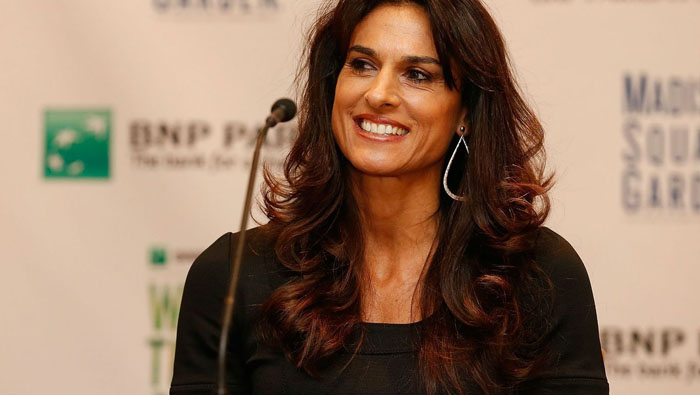 Buenos Aires: Argentinian tennis great Gabriela Sabatini has cast doubt over whether the professional tennis circuit will resume this year amid the ongoing coronavirus pandemic.

Sabatini said the sport must address other priorities before restarting its packed international calendar, possibly in 2021.

"In the coming months I think it will be difficult to hold any sporting event," Sabatini told the Subidos a la Red podcast, published on Sunday.

"I have my doubts that something can be done this year in tennis," added the 49-year-old, who retired in 1996 after a career that included the 1990 US Open title and 11 Grand Slam singles semifinal appearances.

The professional tennis season was suspended in mid-March, in line with recommendations from the World Health Organization. Tennis governing bodies, the ATP and WTA, have since announced that the recess will extend until at least June 7.

Last week, Wimbledon was canceled for the first time since World War II, while the French Open has also been shifted from May to late September.

"It's difficult to think about the future and what may happen because precisely what you have to try is to avoid a lot of people coming together and in all these events that happens," Sabatini said.

"This is a bit desperate. You don't know how or when it will end and even though we always like to think about the future, now we cannot do that. The good thing is that we are all facing the same situation because it is global, so the important thing now is to stay at home and keep healthy."

Sabatini, who reached a career-high ranking of No. 3 in February 1989, said the tennis world needed to act responsibly, "because that's the best way to help each other."

"This would also be eating away at me if were still a player, because there's no way to hit the ball or practice. But that's why you have to be calm, reset everything and say that we are all in it together."