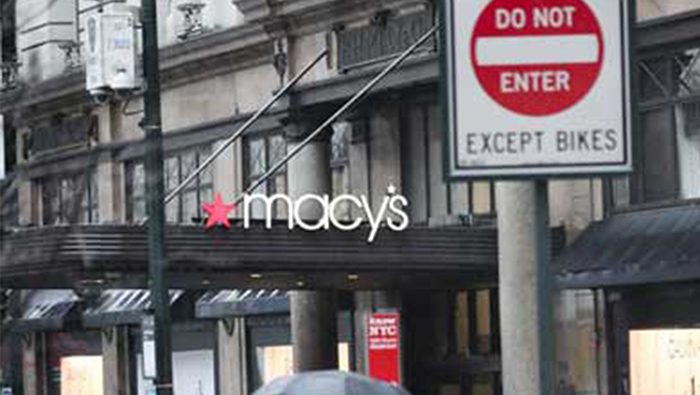 Washington: US employers cut 701,000 jobs in March, and the unemployment rate soared to 4.4 per cent, ending a decade-long streak of job gains, the US Bureau of Labor Statistics reported Friday.
The latest data, however, does not reflect many coronavirus-related business and school closures that occurred in the second half of the month, as the monthly surveys are conducted in the week that includes the 12th of the month.
As the COVID-19 pandemic continues to ripple across the country, experts believe that the labour market is going to see double-digit unemployment rate shortly, with tens of millions of Americans losing their jobs.
"We are losing jobs faster... but much of that is attributed to much more aggressive shelter-in-place orders than we anticipated in early March," Michael Hicks, director of the Center for Business and Economic Research at Ball State University in Indiana, told Xinhua.
Diane Swonk, chief economist at Grant Thornton, a major accounting firm, wrote in a blog that "the drop in payrolls in March was unprecedented for the start of a recession and will get more than 20 times worse in April."
"Unemployment will soar into the double digits, while participation plummets," Swonk said. "There is no scale to measure the misery associated with COVID-19 on all fronts."
Hicks said he had predicted a roughly 15 per cent unemployment rate by the end of May.
The latest report showed that employment in leisure and hospitality fell by 459,000 in March, mainly in food services and drinking places, with 417,000 jobs lost, a decline that nearly offset gains over the previous two years.
Job loss also occurred in health care and social assistance, professional and business services, retail trade, and construction.
"Manufacturing was not nearly as hard hit as other sectors, but that will change," Swonk noted. "Workers started to demand plants be closed due to risks of the virus spreading."
In a recent study, Hicks and two other researchers argued that, in the short run, jobs will be lost mainly in sectors such as transportation, restaurants and accommodations, along with tourism venues, with roughly 28 million workers at risk.
"I think the US might be faced with strong demand for increased utility production, so workers in those sectors will see increased demand, and food to be consumed at home is certainly in high demand these days," Hicks said.
"In the long run, the effects will be broader, and hit public sector employees as tax revenues collapse for state and local governments," he added.
Since September 2019, the US unemployment rate has been hovering near historically low level, around 3.5-3.6 per cent, following a decade-long economic expansion after the global financial crisis.
Within just a few weeks, the spread of COVID-19 has changed all that. As the disease continues to sweep across the country, some 40 states have ordered residents to stay at home unless necessary.
Non-essential businesses, such as theatres, museums, gyms and shopping malls, are largely shut down, and restaurants and bars are asked to avoid in-person dining, effectively paralyzing the consumption-driven US economy.
"With nearly 90 per cent of the population under some form of #lockdown, 'sudden stop' triggered by the #coronavirus shock will lead to unprecedented job losses," Gregory Daco, chief US economist at Oxford Economics, said on Twitter.
"We anticipate the largest decline in employment on record in April, with 24 million jobs lost & #unemployment rate spiking to 14 per cent," he tweeted.
Weekly jobless claims data shed a light on the evolving situation. In the week ending March 21, the number of initial jobless claims in the United States spiked by 3 million to reach a record of 3.3 million. In the week after, the figure doubled to surpass 6.6 million.
Analysts said for some workers who just got laid off, there is a delay before they apply for unemployment benefits, indicating a gloomy picture ahead.
To cushion the economic impact of the epidemic, the U.S. Congress last week approved a long-awaited 2-trillion-dollar relief package, which includes measures to stabilise the labour market, such as emergency loans for small businesses, business tax breaks, unemployment benefits expansion, and 1,000-dollar-plus direct payments for working Americans.
Hicks said the bill is better than nothing, but it failed to focus on sustaining small businesses or providing support for the most vulnerable workers and families.
Ryan Nunn, a fellow in Economic Studies at the Brookings Institution, said, "because of uncertainty about the duration of restrictions, we need automatic triggers to keep policy support in place."
The United States has reported more than 270,000 COVID-19 cases and nearly 6,900 deaths as of Friday afternoon, according to a data tracking tool developed by the Center for Systems Science and Engineering at Johns Hopkins University.