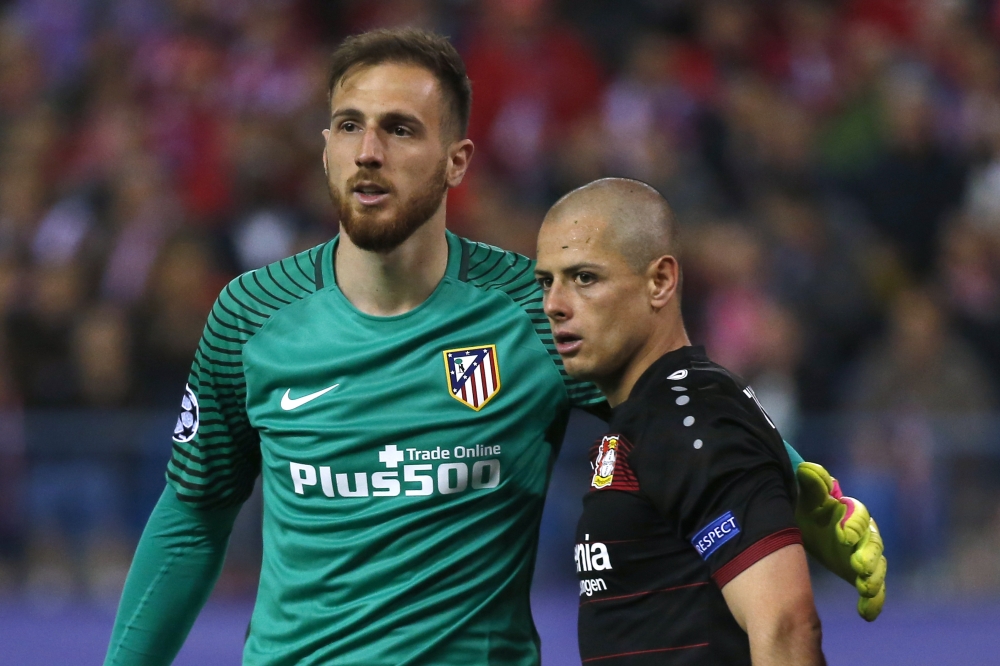 Madrid: Jan Oblak became an Atletico Madrid hero against Bayer Leverkusen in the Champions League two years ago and the Slovenian made his mark against the German side again with a virtuoso display on Wednesday.
The goalkeeper made a stunning triple save to deny Julian Brandt and Kevin Volland in the second half and made two more impressive stops to keep out Karim Bellarabi to help Atletico secure a 0-0 draw that sent them through to the Champions League quarter-finals 4-2 on aggregate.
Atletico's place in Friday's last-eight draw was rarely in doubt following a comfortable win in the first leg in Germany but Oblak was repeatedly called on to preserve his side's unbeaten run at home in the competition this season.
As Oblak was given a rapturous ovation from the home fans it was easy to forget how the Slovenian had struggled in his first season since joining Atletico from Benfica for 15 million euros ($16.1 million).
He played second fiddle to Miguel Angel Moya until his Spanish team mate got injured during a Champions League game against Leverkusen in 2015 and Oblak ended a hero as Atletico advanced after winning a tense penalty shootout 3-2.
Oblak has barely looked back since, although he had to spend 10 weeks on the sidelines this season after dislocating his shoulder in December, but was at his acrobatic best to keep Leverkusen at bay again at the Vicente Calderon.
"Sometimes you make three saves, and sometimes they score a goal with the first attempt. It is difficult to explain. I saw the ball and went for it. I reacted quickly and everything went well for me," Oblak told reporters.
"Two years ago I made my Champions League debut here due to Miguel's bad luck and I have great memories of that night because it was when I started to play more."
The goalkeeper took plaudits from team mates and rival players alike. Former Real Madrid great Iker Casillas took to Twitter to laud the Slovenian's intervention, writing: "HERO. Triple save from Oblak to rescue Atletico."
"Oblak is the best goalkeeper in the world, he demonstrates that in every game and he did it again today," said Atletico striker Antoine Griezmann.
Leverkusen coach Tayfun Korkut, meanwhile, said Oblak's display, which secured Atletico's eighth clean sheet in nine Champions League games at the Calderon, epitomised Atletico's resilience.
"Oblak was there and made the saves, but he had four or five team mates throwing themselves at the ball and we couldn't find the space to score," he said.
"That's a demonstration of how well this side defends and how much they do not want to concede."