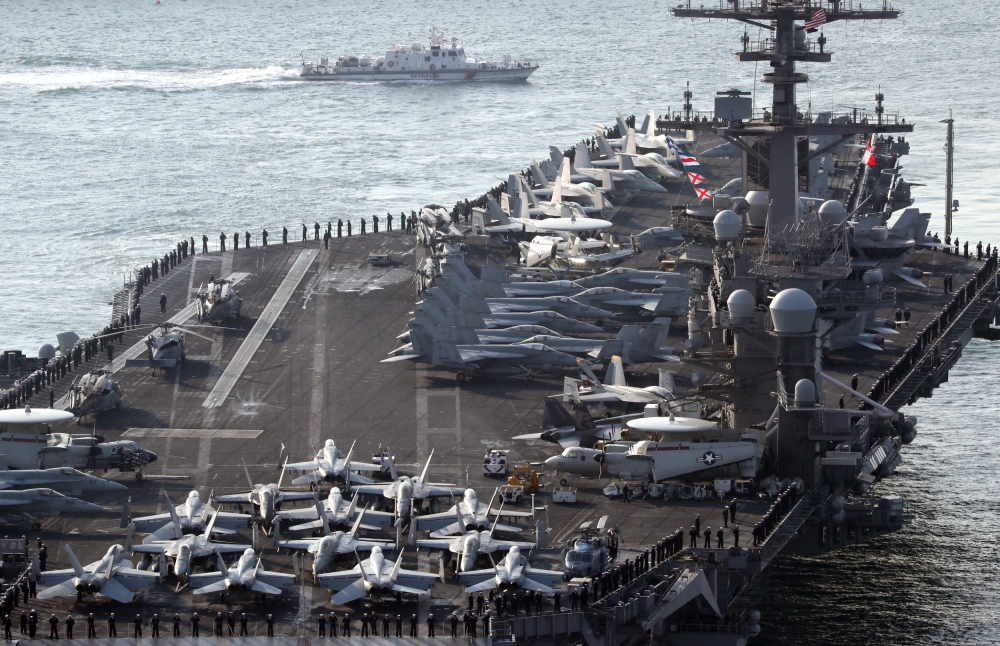 Seoul: China is retaliating over South Korea's agreement to host the U.S. THAAD missile defence system because it does not understand it is aimed only at defending against North Korea, South Korean Vice Foreign Minister Lim Sung-nam said on Thursday.
South Korean firms feel they are being retaliated against in China because of China's objections to the deployment of the missile system, which China sees as a threat to its security.
Lim, answering questions from members of parliament, said South Korea had explained to China the system was to defend against North Korea's missile threat but China did not appear to fully understand that point.
South Korean Defence Minister Han Min-koo told parliament China's concern about the THAAD system's radar was unfounded.
"The THAAD system is the most minimum defence mechanism against North Korea's nuclear missile threats. China has been overly assessing the radar and excessively protesting against its deployment," Han said.
Beijing has complained strongly against the THAAD deployment in South Korea, but has not officially said the government has been pressuring South Korean businesses in China in retaliation.
Lim told lawmakers Lotte Group had seen pressure from China with several of its stores closed, while South Korea's flight and tourism operators have also experienced discriminatory tactics from China.
"We have not made an official calculation on the financial damage that could potentially result from China's actions, but if this continues it could have a significant impact," the vice foreign minister said.
U.S. Secretary of State Rex Tillerson said in Tokyo on Thursday that China had a major role to play in reining in North Korea's nuclear and missile programmes, carried out in defiance of U.N. resolutions and sanctions.