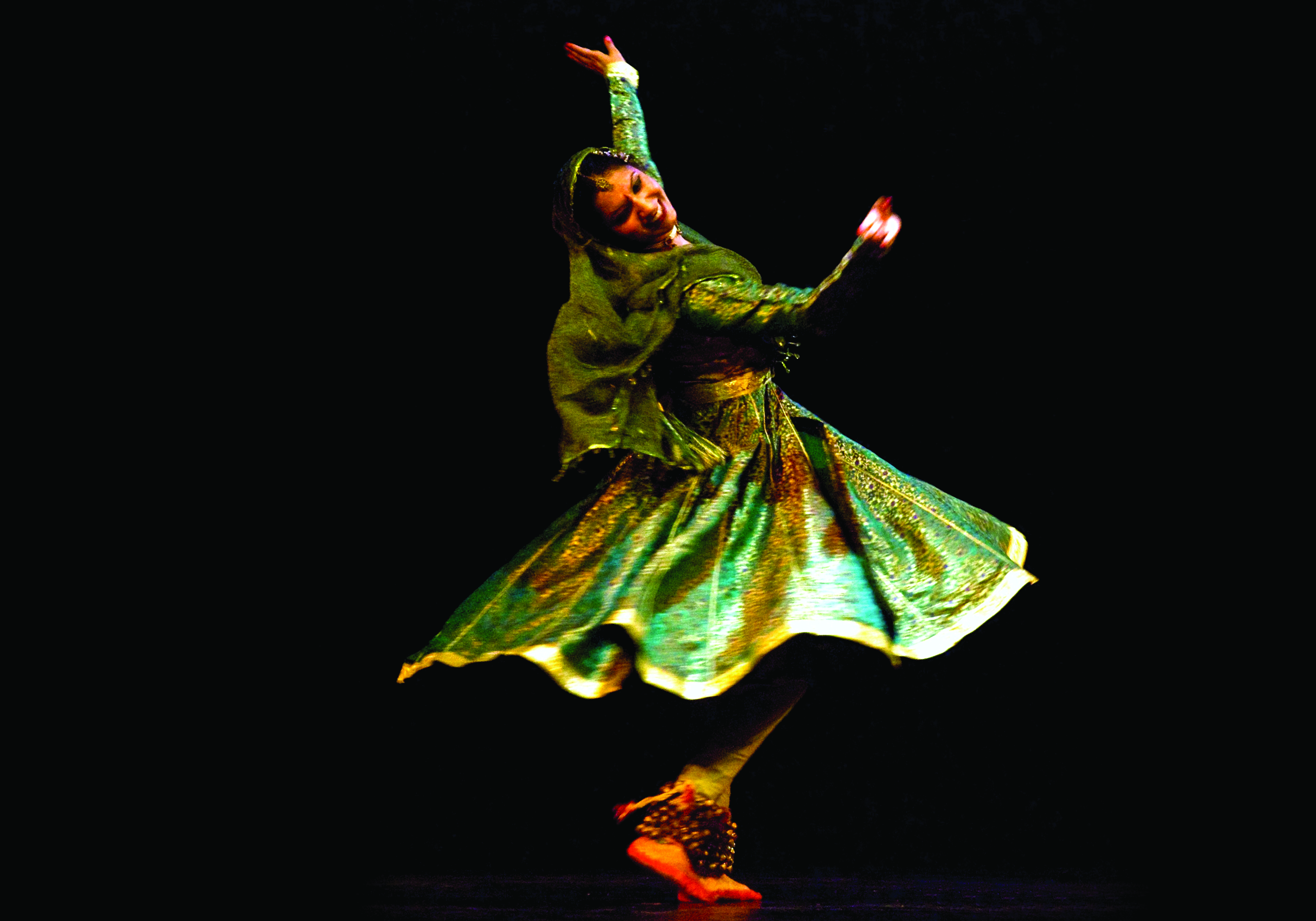 Few years back, I was invited to the Al Bustan Palace Hotel to attend a fiesta of Indian classical dance titled, Bandhan. No qualms in admitting, I have never been a great fan of watching recitals of traditional Indian dance forms and I could never see the beauty of it until that day when I had to walk inside the auditorium, albeit half-heartedly, as my friend’s daughter was performing and I could not break her heart.

I entered the hall sporting a fake smile on my face to watch the kathak extravaganza knowing for sure for that the next few hours would be sheer boredom for me. But to my surprise within few minutes of the programme I was transported to a different world as I was bowled over by the wonderfully choreographed performance.

Kathak is one of the seven Indian classical dance forms that originated from North India and it beautifully combines delicate hand gestures, intricate footwork, chakkars (spin), and subtle expressions to produce a rich form of art.

For Jhumpa Chakraborty, a renowned kathak dancer and teacher based in Muscat, the love for this dance form was since childhood when she got herself enrolled in a dance class at the age of 5. Since in those times, unlike now, there weren’t too many options in terms of forms to choose from, she started learning kathak from her first master Deepali Sanyal. With time her love and devotion for the dance increased manifold and she realised that kathak was the dance form that she preferred over any of the other dances her friends or relatives were learning. “I, as a classical dancer, feel that it is like a grammar of language. If you know the grammar you can construct the language. Similarly if you know classical dance then you can use the techniques to improvise.” She continued learning kathak and got the opportunity to get training from the maestros and pioneers of kathak like Pandit Birju Maharaj and Munna Lal Shukla. Even after she got married and was brought miles away from her home, she made sure that it wasn’t the end to her journey. “After coming to Muscat, I thought of passing on the tradition to the next generation as that’s the only way it stays alive,”said Jhumpa. She started her own kathak class in Oman in 1996 and today, 21 years later, her class has just expanded and grown with more students belonging to different nationalities, more batches, and better opportunities.

However, in order to understand the art form, it is important to know the history of kathak. The term kathak has been derived from “kathakars”, who were Brahman storytellers back in the 11th century. These wandering storytellers would go from one place to another narrating and performing their stories from ancient Hindu mythology to the people they met on their jaunts. However, as the Mughal empire took over India, the kathakars were forbidden from going place to place narrating their stories. But the art was kept alive as the kathakars were now brought to the courts in order to please the Mughals and the noble men. The Mughals also brought with them female Persian dancers who were taught this dance form and were expected to perform in the courts, thus evolving from being a temple dance to a court dance. Once the Mughal empire started declining, the dance form too started dwindling and the dancers had no where to go. So the Nawabs decided to support them and let them thrive. However, the dance was transferred to courtesans who weren’t considered ideal members of the society. When the last Nawab, Wajid Ali Shah was deported to Bengal, he was a lover of the dance form, took it there along with him, which is when the dance form started being performed on the stage in front of a public audience.

Today kathak is found in three distinct forms — Lucknow gharana, the one that is taught by Jhumpa, which includes graceful expressions and gestures and are all about adaa (grace) and nazakat (elegance), Jaipur gharana which has strong and fast foot and hand work, and the Banaras gharana, which amalgamates the two and is currently dying.

There are a number of reasons why this dance form might fit perfectly in your to-do list. It is perhaps the most beautiful and graceful form of dance. Since the movements require a lot of focus and concentration, it ends up improving especially if you start at a young age. Since kathak is about narrating a story without props, it uses a lot of imagination, forcing to think creatively. And of course, like any other dance form, it gives you a full body exercise, keeping you fit, improving flexibility, and releasing endorphins that keep you happy, and stress free. It also improves blood circulation throughout the body. And the best thing is that age is just a number when it comes to learning this dance form. Jhumpa has a student who is 57 years old and is learning and inspiring her fellow classmates.
—[email protected]