I feel complete as an actor: Rajkummar Rao 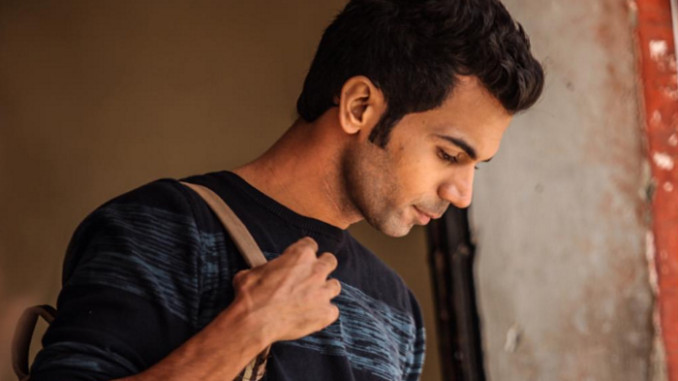 New Delhi: His line-up of movies is as eclectic as his reputation as one of the most talented young performers in Bollywood. It seems that 2017 is going to be Rajkummar Rao's year as he has five films releasing this year, the latest being Vikramaditya Motwane's Trapped. The 32-year-old actor will be seen playing a man struggling for survival as he gets stuck in a high-rise in the movie.

"I am very happy. As a creative person this is what I look for. I feel complete as an actor as I am exploring something new, something exciting everyday," Rajkummar said about this phase in his career. Besides Trapped, which released this Friday, the actor will be seen in Newton, Behen Hogi Teri, Bareilly Ki Barfi and Omerta, where he has teamed up with frequent collaborator, Hansal Mehta.

Rajkummar says Motwane, best known for Udaan and Lootera, was always on his wish-list as he really appreciates the way the director captures human emotions. "I always wanted to work with Vikramaditya Motwane. He deals with human emotions so beautifully. Trapped is also an emotional story, though it is one of its kind and something that has not been tried before."

It was physically gruelling to play the role of a man trapped in a high-rise building for days and Rajkummar stopped drinking water for days to get into the space of the character. "Luckily, we shot it in a linear pattern. So, I just had to live the character every day as it came. Despite challenges, it was an organic process. That's the fun of being an actor. I could challenge myself and explore so much despite being confined in that house."

The actor says he really does not have a process when it comes to picking up projects, though his filmography -- Shahid, CityLights, Aligarh, Dolly Ki Doli and Queen -- suggests otherwise. "There was a struggle phase of about two years but LSD changed things for me. I am open to everything that comes my way. I don't connect too many dots. If my heart says I should do something, I just do it. The only condition is that it should be something that I have not done before."

The only trouble that Rajkummar is facing nowadays is managing his time as he juggles multiple shoots and releases. "There are many releases and shootings and I don't want to miss out on anything good that comes my way. I just want to manage my time well. That's the only struggle right now."

He has developed a special bond with Mehta, who returned from a self-imposed exile to make Shahid. Rajkummar has been an integral part of all the films that Mehta has directed after Shahid. Rajkummar says he values the trust that directors like Mehta and Motwane have in him. "I feel fortunate to work with these wonderful directors. This trust is very important between an actor and a director. I am happy they trust me as a performer. I try to do everything truthfully."

The actor says they are keeping Omerta under wraps but promises that Mehta has explored something new in the movie. "We have very well. When work together we don't need too many words to communicate. He understands me as an actor and this is why he puts me in different characters and situations."