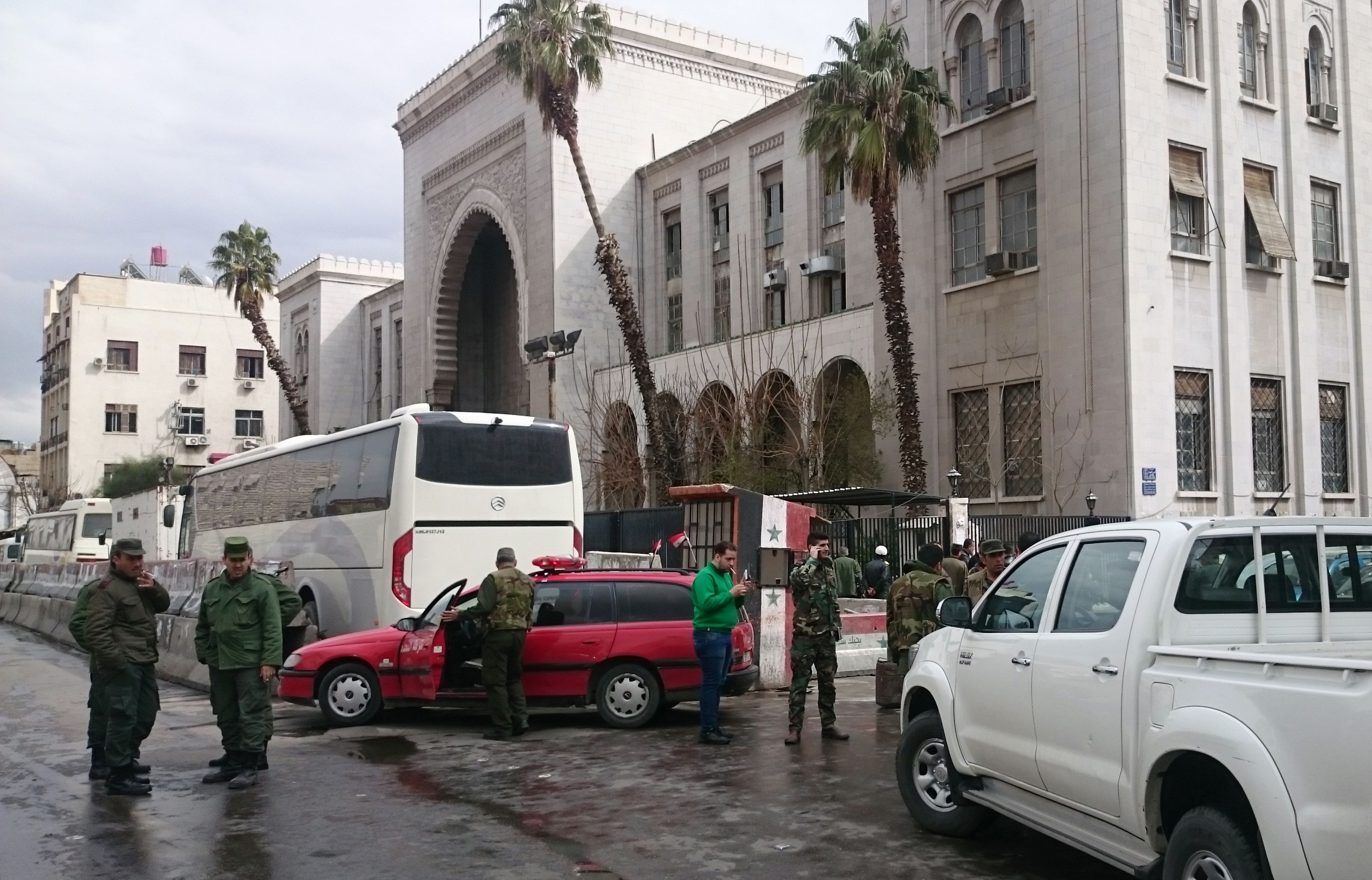 Beirut: Two suicide bomb attacks killed at least 31 people and wounded dozens more in Damascus on Wednesday, state media reported, in the second such spate of bombings in the Syrian capital in five days.
The first suicide bomber targeted the Palace of Justice, the main courthouse in central Damascus near the Old City. Justice Minister Najem Al Ahmad told reporters the initial death toll was 31, mostly civilians.
The second suicide blast struck a restaurant in the Al Rabweh area of Damascus to the west of the first attack causing several casualties, state media reported.
The courthouse bomber set off his explosive device at 1:20 p.m. (1120 GMT) as the police tried to search him and stop him from entering the building, state television cited the Damascus police chief as saying.
Syrian state television broadcast footage from inside the courthouse showing blood splattered on a floor littered with papers, a shoe and broken tiles and stones. Images from a hospital showed a man in a suit on a stretcher with blood on his clothes.
The explosion hit the courthouse "at a time when the area is crowded" with lawyers, judges and civilians, harming a large number of people, Ahmed Al Sayyid, a senior state legal official told state-run Al Ikhbariya TV.
He later added that 45 people had been wounded. No further details were immediately available.
"The attack came as a retaliation against the latest victories of the Syrian army and the political victories in Geneva and Astana," Ahmad said, referring to recent peace talks in Switzerland and Kazakhstan.
State media reported that the second bomber had entered the restaurant and detonated the device after having been chased by security forces.
On Saturday scores of people, most of them Iraqi pilgrims, were killed in a double suicide attack in Damascus claimed by an alliance of militant groups known as Tahrir Al Sham.
In late February an attack in central Homs killed dozens of people with coordinated shootings and suicide bombs that targeted two security headquarters and led to the death of a senior official.
That attack was also claimed by Tahrir Al Sham, which includes the Fateh Al Sham group that was formerly known as the Nusra Front until it formally broke ties with Al Qaeda last year.

Euro 2020: Flawless Italy cruises into Round of 16, defeats Switzerland 3-0