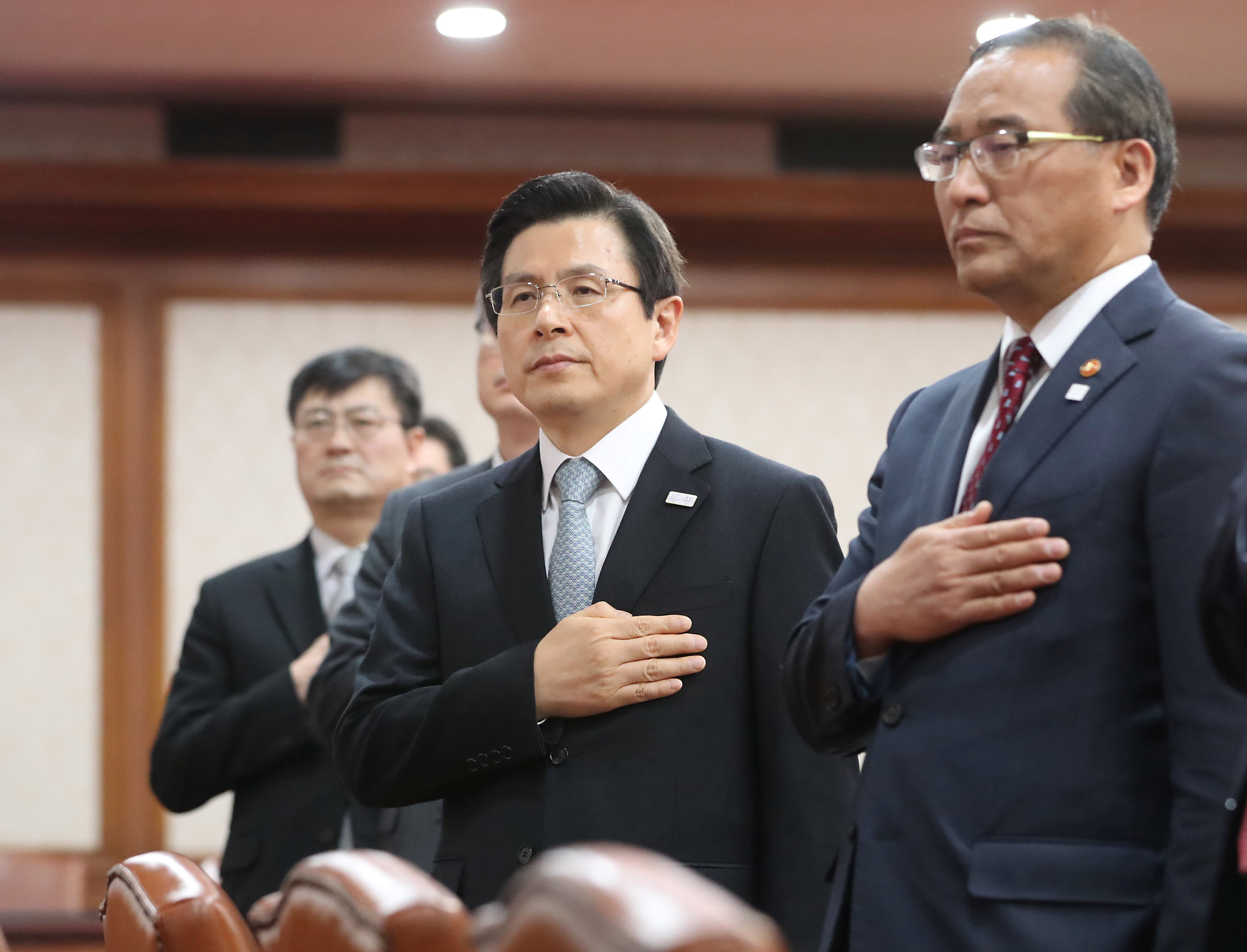 Seoul: South Korea said on Wednesday it will hold an election on May 9 to choose a successor for former President Park Geun-hye, who was removed from office in a historic court ruling last week over a widening corruption scandal.
Prosecutors said on Wednesday Park - the first democratically elected president to be removed from office in South Korea - would be summoned for questioning on Tuesday into the influence-peddling scandal.
The Constitutional Court dismissed Park from office on Friday when it upheld a parliamentary impeachment vote in December.
Park has denied any wrongdoing.
The Samsung Group, South Korea's largest conglomerate, is already embroiled in the scandal and the Yonhap news agency said prosecutors had started investigating two other conglomerates - the Lotte Group and SK Group.
Samsung denies any wrongdoing. Spokesman for both the SK Group and Lotte said they would cooperate with the investigation.
The turmoil comes at a time of rising tension with North Korea over its nuclear and missile programmes, and with China over the deployment of a U.S. anti-missile system in South Korea that China sees as a threat to its security.
U.S. Secretary of State Rex Tillerson will visit South Korea, as well as Japan and China, this week.
Prime Minister Hwang Kyo-ahn, who has been acting president since the impeachment vote, said he would not run in the election.
Minister of the Interior Hong Yun-sik promised the vote would be the most clean and transparent ever.
"This election is unprecedented in our history," Hong told a briefing, referring to the short campaign period.
Hwang had emerged in opinion polls as a top conservative candidate even though he had not declared an intention to run.
The scandal has undermined support for the ruling conservatives, and Hwang's decision would appear to bolster the chances of a prominent liberal, Moon Jae-in, who is leading in opinion polls.
Park was summoned to appear for questioning at 9.30 a.m. (0030 GMT) next Tuesday, the prosecutors' office said.
Her lawyers said in a statement they would cooperate.
"The lawyers will cooperate with the investigation to find substantive truth swiftly by actively helping with various procedures," they said.
Park had declined to be questioned by prosecutors or testify at the Constitutional Court when she was in office.
After she left the presidential Blue House on Sunday, she issued a statement hinting of defiance, saying: "It will take time, but I believe the truth will be revealed."
Prosecutors have not said how long they think their investigation would last.
A special prosecution team had accused Park of colluding with a friend, Choi Soon-sil, to pressure big businesses into contributing to foundations set up to support her policies and allowing Choi to influence state affairs.
Choi also denied wrongdoing.
Jay Y. Lee, the head of Samsung Group, is on trial on bribery, embezzlement and other charges in connection with the scandal. Lee denies all charges.
The prospect of an opposition election victory has raised questions about the future in South Korea of the U.S.-made Terminal High Altitude Area Defense (THAAD) anti-missile system, which China opposes because it says its radar can penetrate its territory.
Tillerson will meet Hwang and Foreign Minister Yun Byung-se in Seoul on Friday. He is not scheduled to see opposition figures, a U.S. State Department official said, raising questions about the durability of any agreements.
The aircraft carrier the USS Carl Vinson is in South Korean waters this week for exercises with South Korean forces.
North Korea said the exercises were part of a "reckless scheme" to attack it and it warned the United States of "merciless" strikes if the carrier infringed on its sovereignty or dignity.