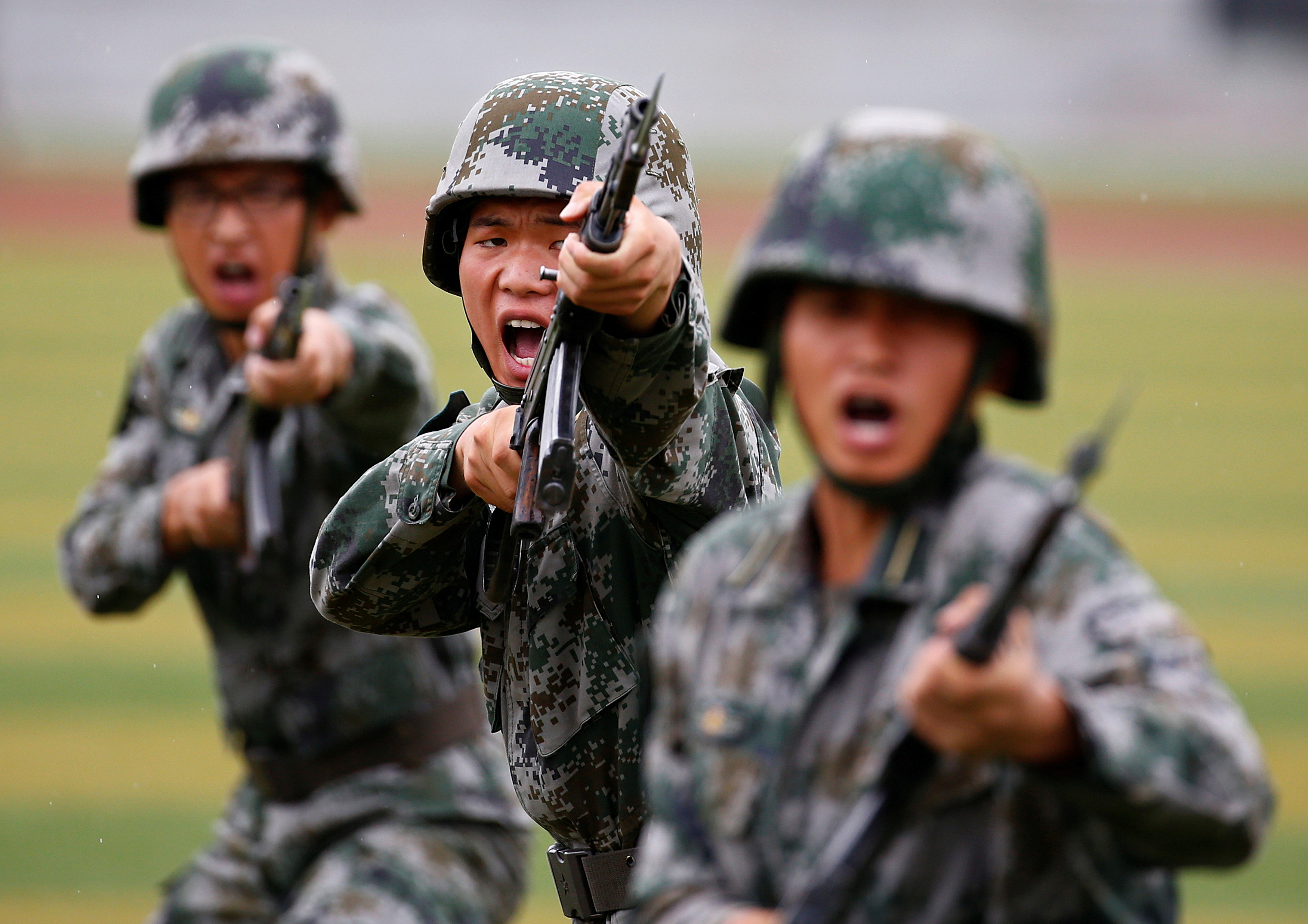 Taipei: China's accelerated military development and recent activity by its military aircraft and ships around Taiwan pose an increased threat to the self-ruled island, according to a Taiwanese government defence report draft reviewed by Reuters.
The 2017 Quadrennial Defence Review (QDR) also highlights the uncertainty over the future strategic direction of the United States in the region, the impact of Japan flexing its military capabilities and "conflict crisis" potential in the disputed South China Sea.
"The recent activity of Chinese jets and ships around Taiwan shows the continued rise in (China's) military threat capabilities," highlighting the importance of Taiwan's need to defend itself, the review will say.
"In addition to posing a military threat to our country, it also has a negative impact on regional stability."
The document is due to be presented to parliament on Thursday by Taiwan defence minister Feng Shih-kuan. The defence ministry had no comment on the report on Wednesday.
The four-yearly review is the first since President Tsai Ing-wen took office last May and the first under her Democratic Progressive Party, which traditionally advocates independence for Taiwan.
"The country's military development and Taiwan's freedom and prosperity are the same living body," according to the draft.
The QDR comes as China - which claims Taiwan as a wayward province to be taken back by force if necessary - has been stepping up air and sea military exercises in waters surrounding Taiwan as part of a sweeping modernisation of its armed forces.
Speaking in Beijing at his annual news conference on Wednesday, Chinese Premier Li Keqiang repeated that China was resolutely opposed to Taiwan independence but it would uphold peace across the Taiwan Strait.
"No matter how the situation on the island may evolve, the fraternal bond between the two sides cannot be severed and will not be able to change history or the fact that both sides belong to one and the same China," Li said.
Developments in the South China Sea, including rejection of an international court ruling by other claimants on territorial rights of the Philippines in the disputed waters, China's land reclamation and militarisation, and freedom of navigation patrols championed by the United States, could deepen strife in the area, the review will say.
"Sovereignty disputes in the region and strategic competition could intensify, leading to hidden conflict crisis."
China has begun new construction work on a disputed island in the South China Sea, satellite images show, just days ahead of the first official visit to the region by U.S. Secretary of State Rex Tillerson.
The review also listed Japan's move away from its pacifist constitution "to strengthen its armaments and lift a ban on using troops abroad" as having deep and far-reaching impacts on the security situation in the Asia-Pacific and the Taiwan Strait.
Reuters reported this week that Japan plans to send its largest warship on a three-month tour through the South China Sea beginning in May - its biggest show of naval force in the region since World War II.
Among security challenges for Taiwan, the review also said "the United States' Asia-Pacific strategic direction and troop deployment was not clear" under the new administration of President Donald Trump.
Trump provoked consternation in Beijing by taking a congratulatory call from Taiwan's Tsai and then calling into question adherence to the "One China" policy, under which Washington acknowledges the Chinese position that there is only one China and Taiwan is part of it.
Last month, Trump agreed to honour the policy during a phone call with Chinese leader Xi Jinping.
The United States remains Taiwan's biggest ally and arms supplier and is bound by legislation to provide the means to help the island defend itself.
The review reflected the realities of Taiwan's situation, but wasn't specific enough on how Tsai's government will address budget needs for major indigenous defence programmes or the shrinking number of soldiers in the armed forces, said Chieh Chung, a research fellow in the national security division of Taiwan's National Policy Foundation, a local think tank.
The review affirmed Taiwan's push to develop and build its own submarines, jets and ships, and strengthen its electronic and cyber defences against China.