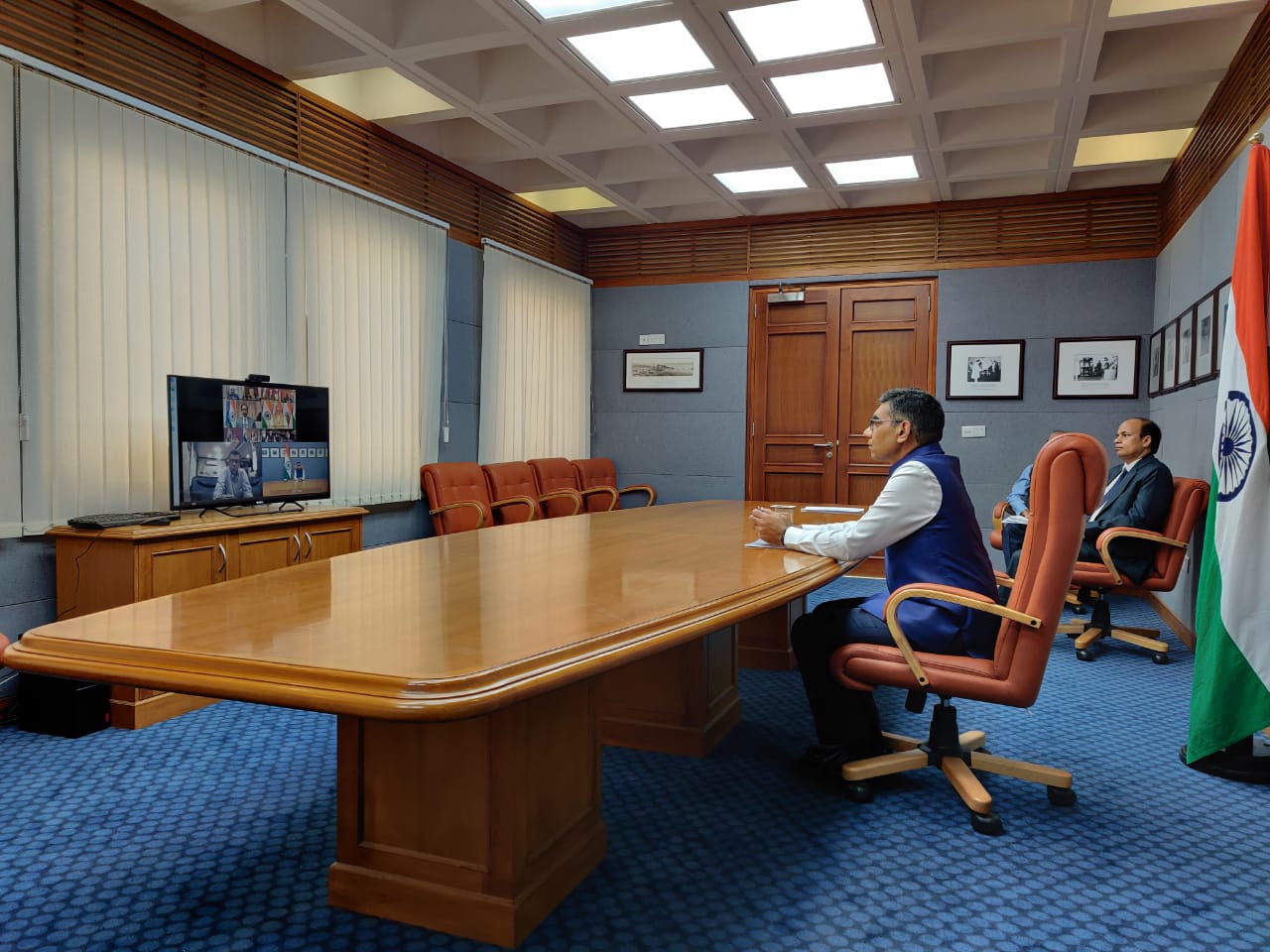 New Delhi: India's Prime Minister Narendra Modi held a video conference with the Heads of all of India’s Embassies and High Commissions worldwide at 1700 hrs on Monday. This conference—the first such event for Indian Missions worldwide—was convened to discuss responses to the global COVID-19 pandemic.


Prime Minister noted that extraordinary times require extraordinary solutions, which was why even in this globalised era, most of the world had quarantined itself. This was an unavoidable step taken to fight this pandemic, but it was also hugely consequential, as the closure of the globalized system has had an extensive and far-reaching impact upon the international transport system, financial markets and the global economy.


Prime Minister said that India had taken unprecedented and early steps in response to this pandemic from mid-January this year, to reduce the risk of importing the infection, and thereafter to prevent a large outbreak. This included the world’s largest quarantine and lock-down, implemented by India.


The Prime Minister complimented Heads of Missions for their efforts to evacuate Indians stranded abroad in some of the epicentres of the crisis. He also exhorted them to take steps on five specific counts:


1. To ensure their own health and safety, and that of their teams and families;


2. To attend to Indians who remain in various foreign countries, given the uncertainty of continuing international travel restrictions. He called on Heads of Indian Missions to help boost the morale of such compatriots abroad, and to help them address issues arising from their unplanned stay abroad, with their host Governments, and also to address other problems Indians might face abroad, including arranging shelter, where necessary and feasible;


3. To stay alert and identify in their countries of accreditation best practices, innovations, scientific breakthroughs and sources to procure medical equipment, for India’s fight against COVID-19. He also advised Heads of Mission to suitably publicize the newly-established PM-CARES Fund to mobilize donations from abroad;


4. Since this crisis also impacts upon the economy, PM advised Heads of Mission to also focus on ensuring that commerce in essential supplies, logistics chains, remittances and so on are unaffected, through their coordination with foreign partners;


5. To continue to pay close attention to the evolving international political and economic situation, especially in the context of the COVID-19 pandemic.


In response, ten Heads of Mission, in Beijing, Washington DC, Tehran, Rome, Berlin, Kathmandu, Abu Dhabi, Kabul, Male, and Seoul offered their perspectives to PM and the rest of the audience. They shared feedback regarding appreciation in their countries of accreditation of the resolute measures taken by India to combat this pandemic.


Heads of Missions outlined their efforts to help Indians stranded abroad, in particular, students and workers. They also reported efforts to identify medicine, medical devices, technologies, research and other measures which might help in India’s own national effort to fight this pandemic. Heads of Mission also reported lessons learned in other countries, and their best practices, in the global fight against COVID-19. In our neighbourhood, Heads of Mission underlined measures to assist the national responses of those countries, using the special fund created at India’s initiative for SAARC countries to combat COVID-19. The Heads of Mission also expressed gratitude for the guidance and inspiration from PM for their work.


In conclusion, Prime Minister emphasised that India’s Missions abroad may well be far from home, but they remain full participants in India’s fight against COVID-19. He emphasized that the unity and alertness of all Indians would help safeguard the nation’s future.