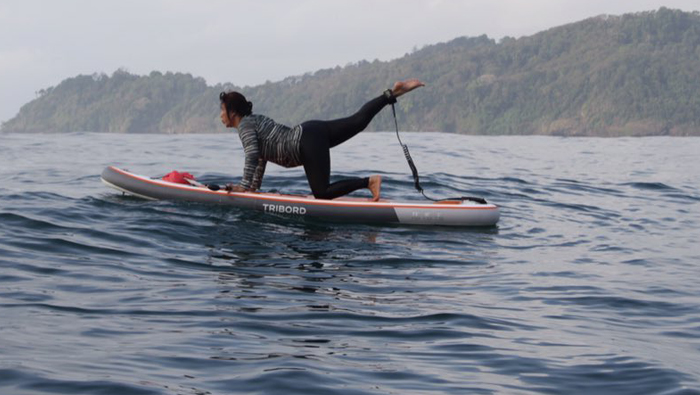 Muscat: Indonesia’s Maritime Affairs and Fisheries Minister Susi Pudjiastuti is not your usual government minister.
In 2014, she ordered the sinking of three Vietnamese boats fishing illegally in Indonesian waters - after ensuring the crews were removed safely.
A high school dropout without any previous political experience, she was handpicked by Indonesian President Joko Widodo to lead the country’s battle against maritime piracy. And by doing so she become one of Indonesia’s most beloved and trusted leaders.
“I like paddling,” Susi told Times of Oman.
“Open ocean is a precious, value of your freedom, life,” she said, adding that as sometimes we just need to "go offshore" and chill.
When she entered parliament as one of eight women in the cabinet, some criticised her for being divorced, tattooed and a smoker.
The minister has led a major crackdown on illegal fishing in Indonesia. Hundreds of boats caught in its waters have been sunk, including blowing up 60 boats last August to mark Indonesian Independence Day.
After Chinese boat owners pleaded with the government not to destroy their property in April 2016, the minister declared: “If there’s illegal fishing carried out by an American boat, we will sink that too.”
Last Sunday, Susi tweeted at another netizen about her firm commitment to “keeping the sea of the future of the nation. The ocean is my real home. Passion, love, commitment.”
Susi's twitter posts of her on the open sea include captions to ger cabinet colleagues. In her yoga pose on the paddleboard, she noted “the health minister will like this one.”
While others do their best to maintain a clean, conservative image in public, Susi doesn’t seem to mind showing the people she serves her true self.