Jailed Samsung chief can get plenty of visitors 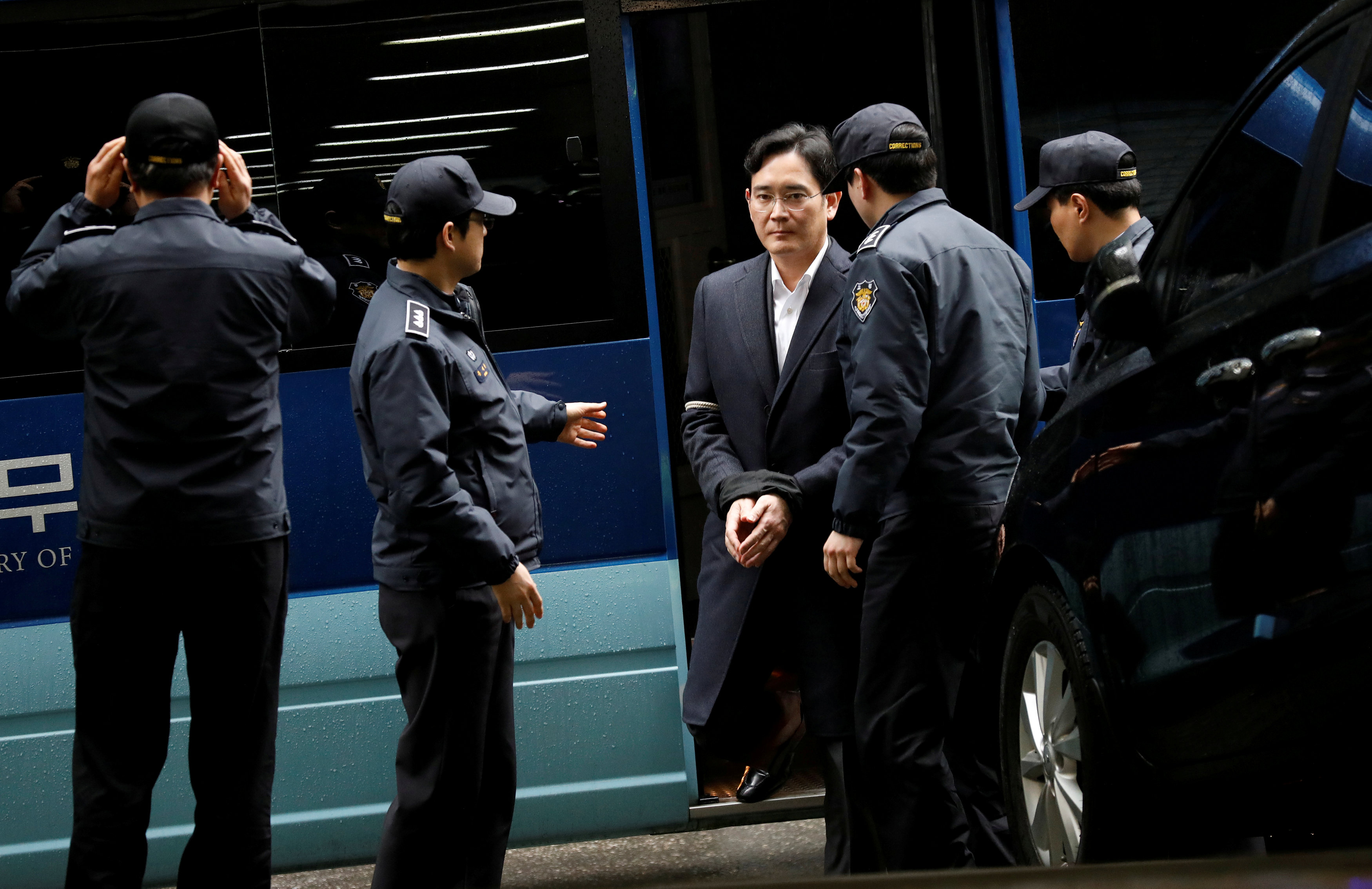 Seoul: The head of South Korea's Samsung Group, Jay Y. Lee, may be languishing in a jail cell but he is allowed plenty of visitors, which may allow him to play a key role in corporate decisions even if he isn't running the conglomerate like he did before.
Lee, who didn't attend last Thursday's preparatory hearing for his trial on bribery, embezzlement and other charges, is kept well away from other inmates at the Seoul Detention Centre. Some, such as top former presidential advisors, are also defendants in the corruption scandal that led to the removal from office of South Korean President Park Geun-hye on Friday.
Under South Korean regulations, though, Lee can meet any of his battery of attorneys without time limits and as often as he wants during business hours from Monday to Saturday.
One of those lawyers told the first day of what special prosecutors described as potentially "the trial of the century" that Lee denies all charges against him.
Lee, like others in detention centers awaiting trial, is also entitled to one 30-minute visit per day from someone else, including executives from one of Samsung’s affiliates, or at least 12 hours of such meetings a month. At the discretion of the warden of the detention center, he could have additional special meetings in a visiting room that doesn't have partitions, allowing detainees to review documents and receive phone calls.
By comparison, in the United States, a defendant in federal custody on corporate crime charges is generally allowed unrestricted access to attorneys during regular business hours but can only receive other visitors for a maximum four hours a month. In the U.S., though, major white collar defendants are usually allowed to post bail so they can live at home before trial.
South Korean media have photographed former Samsung Group Vice Chairman Choi Gee-sung and Samsung Electronics Co Ltd President Rhee In-yong visiting Lee following his Feb 17 arrest.
Samsung declined to confirm those visits or comment on the level of Lee's involvement in management affairs since he was detained. It did say that he is meeting regularly with his defense team, though declined to be more specific.
In a statement it said: "Mr. Lee's priority is preparing the legal defence so the truth can be revealed in future court proceedings."
Samsung hasn't named a replacement for Lee, who company insiders say did not manage day-to-day affairs but was instead acting as the key decision maker on major initiatives such as new investments, acquisitions, personnel decisions and restructuring.
"There is no plan B," said an executive at a Samsung affiliate, who declined to be identified as he was not authorised to speak publicly on the matter. "We believe the vice chairman will be proven innocent, and if he walks free after the first trial there's no reason to talk about alternatives."
Samsung Group has disbanded its corporate strategy office, the conglomerate's nerve centre controlled by Lee and his lieutenant Choi Gee-sung, who is also a defendant in the case. It has also been moving in the past year to give more power over decisions to the boards of its affiliates such as Samsung Electronics.
In the recent past, some top South Korean businessmen who have been in custody while on trial have used the lenient visitation regime to the full.
For example, Justice Department data obtained and then released by an opposition party lawmaker shows that Chey Tae-won, the head of chemicals to telecoms and semiconductors conglomerate SK Group, had 171 "special" meetings with non-attorney visitors, when he was detained between February 2013 and July 2014.
Chey also had 1,607 meetings with his lawyers during that time, or three times a day on average, and the regularity of the meetings allowed him to review and comment on major decisions for the conglomerate while being detained, according to people familiar with the matter.
While Lee won’t have access to a computer in his 6.56 square meter (71 square foot) cell, he can view documents during those meetings with his lawyers and Samsung executives. Lee is not allowed to take documents back to his cell.
He can also make phone calls with permission of the warden, but calls can be recorded or listened to by the authorities, according to South Korean correctional rules.
Lee may remain at the detention centre until at least September should the case end up in the Supreme Court and he does not seek bail. Samsung said Lee has not decided yet whether to seek bail.
Despite the access to attorneys and executives, it isn't easy for business leaders to participate fully in company affairs once they are in jail, according to those who have had previous experience of such dealings.
"In jail, it's difficult to communicate smoothly. So we couldn't do much of the big things, especially M&As," said one person with direct knowledge of a chaebol leader's incarceration. "Operating a conglomerate from within a jail is difficult. It's not like they have a computer, they can't receive things with ease."