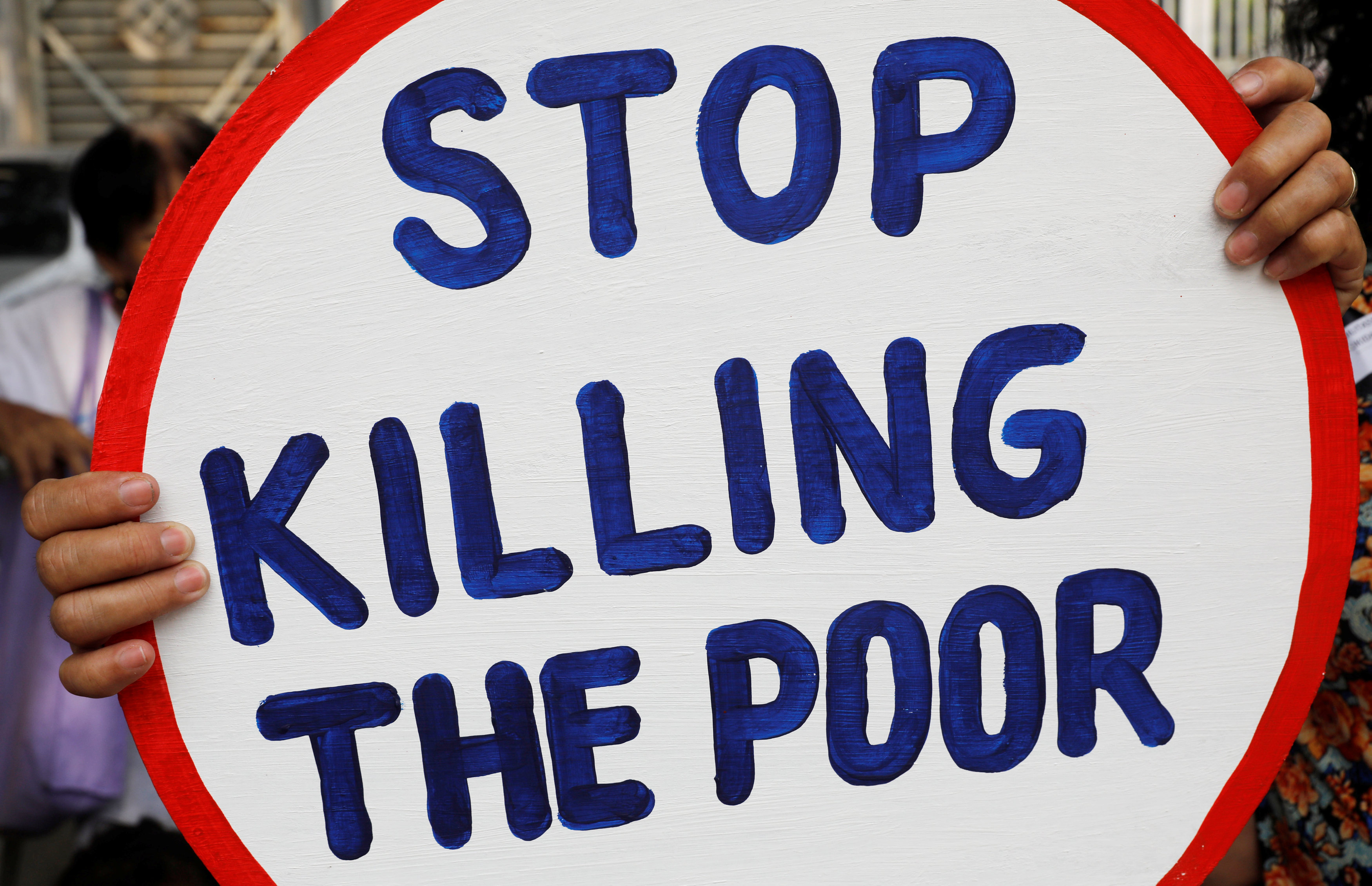 Manila: A self-confessed assassin who testified to being in a "death squad" under Philippine leader Rodrigo Duterte will soon file a case at the International Criminal Court accusing the president of crimes against humanity, his lawyer said on Tuesday.
More than 8,000 people have died since Duterte took office in June and unleashed a bloody war on drugs, a third in raids and sting operations by police who say they acted in self-defence.
Duterte and the police have denied links to the other killings, many of which rights groups say bear the same hallmarks as hundreds of suspicious deaths of criminals in Davao City during the 22 years Duterte was its mayor.
Two men have testified before the Senate saying they were part of an alleged hit squad in Davao they said killed at Duterte's behest. Legislators found no proof of their testimony, which the president's aides dismiss as fabrication.
The ICC case will come from Edgar Matobato, who came out of hiding last week and testified in September to have killed more than 50 people in the Davao area.
In a television interview, his lawyer, Jude Sabio, said Matobato would file a case with the court in The Hague this month or in early April.
"Murder is a serious crime. If it is committed as part of a widespread and systematic attack directed against the civilian population, it constitutes a crime against humanity," Sabio said.
Retired policeman Arturo Lascanas has testified to killing alongside Matobato and last week said he believed more witnesses would speak against Duterte to prevent themselves being "erased".
Duterte's chief lawyer, Salvador Panelo, said the president was not threatened by any possible international court case.
"The extrajudicial killings here are being done by the members of the (drug) syndicate themselves," Panelo told news channel ANC.
"The president is not behind it, neither (are) the police."
In a report last month, Amnesty International said the drug killings appeared to be "systematic, planned and organised" by authorities and could constitute crimes against humanity.
In a series of reports last year, Reuters showed police had a 97 per cent kill rate in drug operations, the strongest proof yet that police were summarily shooting suspects.
An ICC prosecutor in October said the tribunal might have jurisdiction to prosecute those accused of the killings.
Duterte has little love for the ICC and has described it as "useless".
Asked on Monday about the prospect of going to jail, Duterte stood by what he said were clear instructions to police to kill if their lives were in danger, and reiterated that he took full responsibility for the crackdown.
"I will do what I say in public and I am ready to face the consequences," he told a news conference. "If I go to prison, so be it."