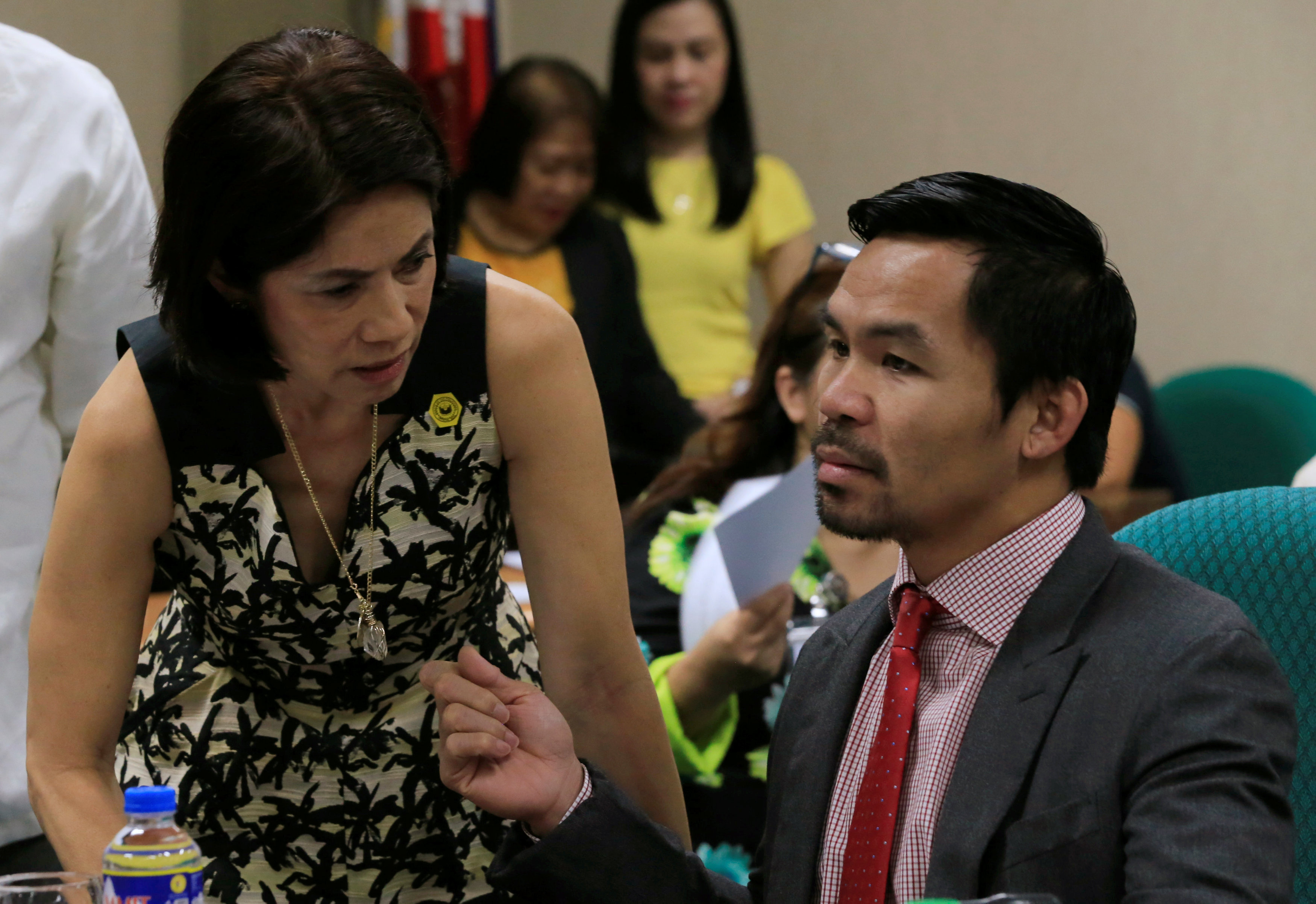 Manila: Philippine lawmakers on Tuesday deferred a decision to confirm or reject an ardent environmentalist as the country's resources minister, stoking uncertainty over the outlook for mining in the world's top nickel ore supplier.
Regina Lopez last month ordered the closure of more than half the nation's mines to protect watersheds, a bold step backed by President Rodrigo Duterte, who has said the Philippines can survive without mining.
Duterte appointed Lopez in June, but confirmation hearings in the country usually take place long after ministers start work and members of Congress have this month been debating whether to confirm Lopez in her role.
On Tuesday, they opted to postpone a vote, saying they were unable to reach a clear decision without more information.
Under government procedures, Duterte will need to reappoint Lopez, with further confirmation hearings expected in May, when Congress returns from a recess that begins on March 18.
"In May, we will re-open the hearing. We still have a lot of questions for her," Senator Manny Pacquiao told reporters after a televised meeting with other lawmakers on Lopez's appointment.
The Chamber of Mines of the Philippines, which groups large-scale miners, said it was unfortunate the congressional panel failed to vote and that it hoped Duterte would not reappoint Lopez, and instead find somebody "more moderate".
"Our call is for the president to choose somebody that government and industry can work with because Secretary Lopez has caused so much division," Ronald Recidoro from the Chamber of Mines told Reuters by phone.
Duterte has supported Lopez's February 2 order to shut 23 of the country's 41 mines to protect watersheds.
She suspended another five for environmental infringements and also cancelled 75 contracts for undeveloped mines, actions she said were above board.
Miners have contested Lopez's mine closure orders, saying they are baseless, did not follow due process and would affect 1.2 million people who depend on mining for their livelihood.
The uncertainty surrounding Lopez's appointment could ease some concerns in the global nickel market of disruptions in Philippine supply, at least in the short term, said Daniel Hynes, commodity strategist at ANZ Bank.
"At first glance it does potentially lower the probability that we'll eventually see the closure of the nickel mines that were announced," he said.
But Hynes said Duterte's tough stance suggests continued pressure on mining. The firebrand leader on Monday talked about a potential mining ban as he reiterated support for Lopez.
Senator Panfilo Lacson said the panel deciding on Lopez's appointment will act independently. The same panel last week rejected Perfecto Yasay as foreign minister, their first dismissal of a member of Duterte's cabinet.
Finance Secretary Carlos Dominguez on Tuesday defended a plan to scrutinise Lopez's mine closure orders with a second review of affected mines, saying it is an "insurance policy" against potentially costly lawsuits by mining firms.
"I think there was some kind of failure... of due process," Dominguez told lawmakers.