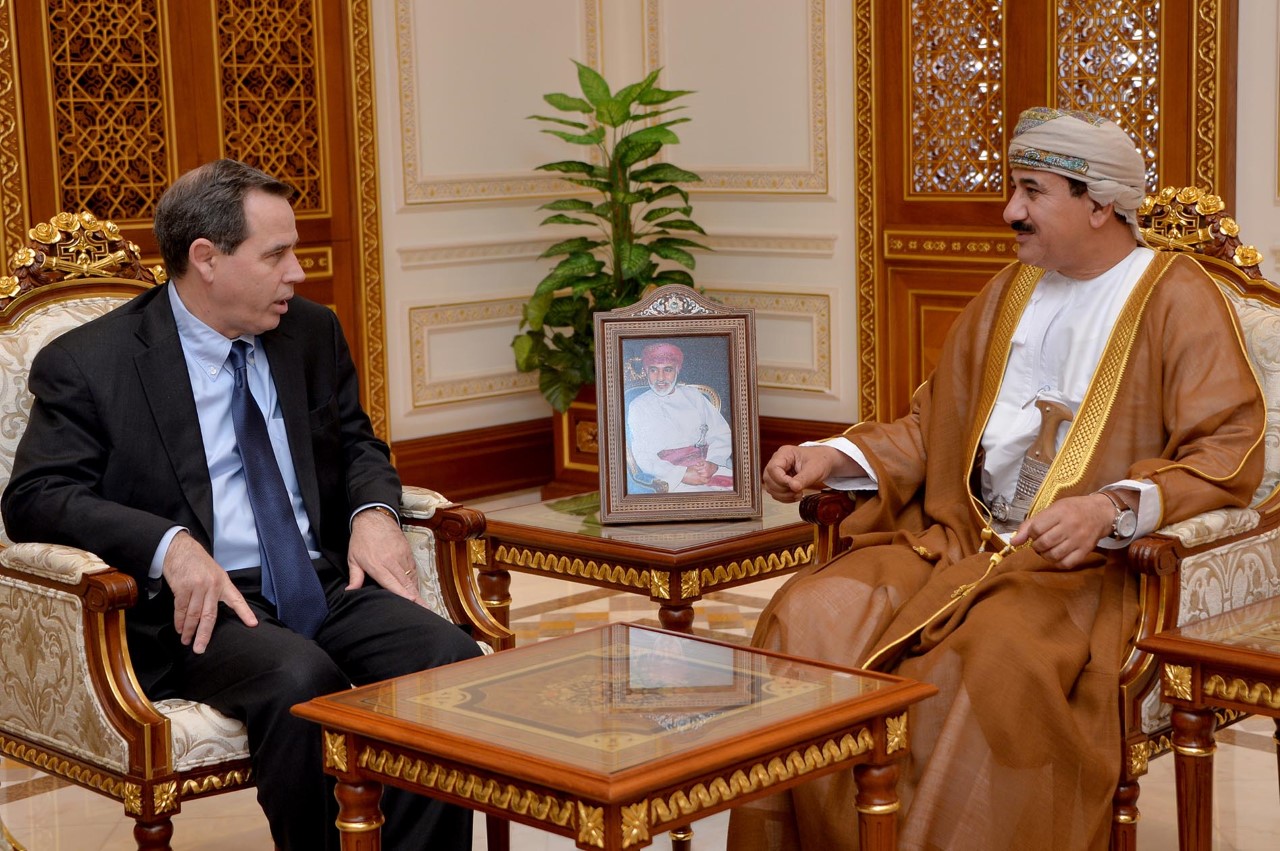 Muscat: Gen. Sultan bin Mohammed Al Nu'amani, Minister of the Royal Office received in his office on Sunday Stuart E. Jones, US Acting Assistant Secretary of State for the Near East Affairs Bureau and his accompanying delegation within the framework of his current visit to the Sultanate.
At the beginning of the meeting, Gen. Al Nu'amani welcomed the guest, who expressed his delight to visit the Sultanate.
The meeting exchanged cordial conversations and discussed a number of topics of concern to the two friendly countries.
The meeting reviewed march of the good bilateral relations binding the Sultanate and the friendly US to serve the joint interests, besides touching on a number of issues of common concern.
The meeting was attended by the US Ambassador to the Sultanate.