Four Omani athletes to prove their mettle at Special Olympics 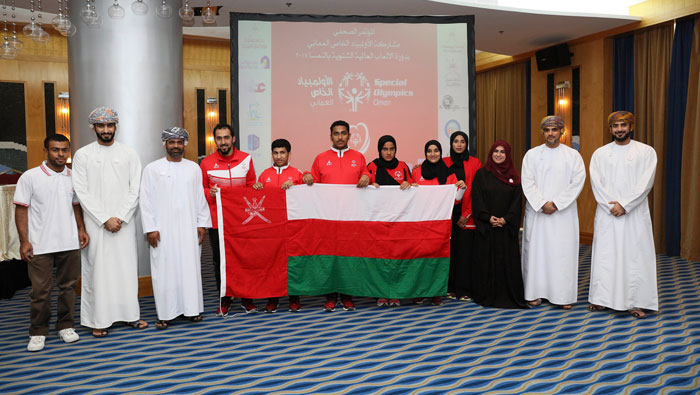 Muscat: Four Omani athletes will show the world what they can do at the Special Olympics World Winter Games 2017 in Austria, Oman’s Special Olympics Association, said.
The games will be held from March 14 till 25.
“The Omani athletes will join 2,700 others, representing 107 countries competing in nine different disciplines,” the association said.
Special Olympics is the world’s largest sports organisation for people with intellectual disabilities: with more than 4.7 million athletes in 169 countries -- and over a million volunteers.
His Highness Sayyid Faisal bin Turki Al Said, President of Special Olympics Oman, said the Omani have been working tirelessly for the opportunity to represent their country in this global event.
“Beyond medals, their participation shines a light on the immense capabilities people with intellectual disabilities possess,” he said adding that the athletes are an inspiration to each and every one who has supported them, and coached them and to those who will be cheering for them in Austria and Oman.
Representing Oman, 20-year-old Khaled Al Farsi, 27-year-old Raya Al Husaini, 22-year-old Shatha Al Husaini, and 17-year-old Abdulrahman Al Ruqadi will compete to prove their mettle.
They will be competing in the Snowshoeing race for 100 metres, 200 metres and 4x 100 relay mix.
Each athlete in this ‘dream team’ was selected for his and her perseverance, skill, and passion, qualities that have carried them from one personal success to the other.
"Research shows that sand resistance is higher than snow, therefore our athletes have been preparing for the Snowshoeing race by training in the desert and on the beach which in turn has helped build their abilities and skills," the president said underscoring the important role families, supervisors, and partners as well as the public and private sectors play in creating a nurturing and encouraging support system for both the athletes and the association.
"We would not be able to advocate and raise awareness about the potential of people with intellectual disabilities without their help. It is only by working together, in the same spirit of the Special Olympics, that we can improve their way of life and integrate them into society," he added.
The Sultanate will also be represented in the Special Olympics Global Youth Leaders’ Summit by Safwat Al Kharousi and Faisal Al Harassi, who will be presenting their art project “No Forward Backward”.
The six-day summit will explore the theme 'Social Impact for a 'Unifiied Generation’ and will bring together young people with and without intellectual disabilities from 18 countries around the world to learn, network and share best practices.