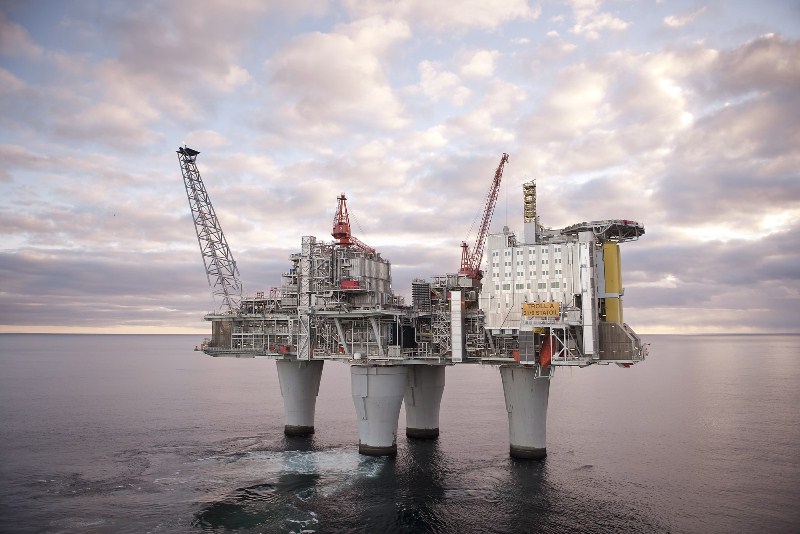 Lysaker: The ethics watchdog for Norway's $900-billion sovereign wealth fund will recommend this year that the fund exclude or put on a watch list several firms in the oil, cement and steel industries for emitting too much greenhouse gas.
Carbon emissions are a new criteria for the fund, which was built up from the proceeds of Norway's own large oil industry and operates under ethical guidelines set by parliament.
The world's largest sovereign wealth fund, it has shares in 9,000 companies, 1.3 percent of the entire world's listed equity, giving the decisions it takes to drop or reinstate shareholdings or warn firms considerable weight among investors.
The chairman of the fund's independent Council on Ethics, Johan H. Andresen, acknowledged in an interview what he called the "duality" of a fund based on oil divesting over emissions, but said his job was to execute rather than set a mandate.
The fund may also exclude several firms in the defence, telecoms and arms industries this year over the risk of corruption, he said.
The council's recommendations go to the board of the central bank, which usually follows its advice.
Speaking in an interview ahead of publication of the council's annual report on Thursday, Andresen said it was already working on the first recommendation over emissions, expected to come by July.
"It will be a company either in the oil or concrete industry ... We have to start with the worst and make our way through the industries," he said, adding that there would be a "small handful" of recommendations to the board in 2017.
The 55-year-old Norwegian, who also owns private investment vehicle Ferd, said the ethics panel would open a probe into the risk of corruption in the pharmaceuticals sector and investigate possible human rights abuses among firms recruiting staff for work in the Gulf States - including a "well known Western" firm.
It will also investigate reported abuses in the textile industry in India and Bangladesh.
The fund has stakes of more than 2 percent in 1,158 companies, more than 5 percent in 28 companies and an average stake holding in Europe of 2.3 percent. Such a wide spread makes it difficult to identify which companies it is investigating.

The ethics procedure was launched at the start of the millennium and 65 companies are presently excluded on recommendations by the Council on Ethics, on various grounds. Another 69 companies are excluded directly by the central bank based on their dependence on thermal coal.
The fund sells shares in any company it wishes to drop gradually, before any announcement, but being dropped or named as a source of concern can damage a company's investment image. Andresen said the main aim was to remove the ethical risk.
The fund is forbidden by law from investing in firms that produce nuclear weapons or landmines, or are involved in serious and systematic human rights violations, among other criteria.
Following a three-year study on the risk of corruption in the telecoms, defence and energy industries, the council has sent up several recommendations to the board of the central bank to either exclude or observe companies in these sectors.
"They have the same type of risk elements: large contracts, government as a counterpart, lack of transparency/desire to keep things secret and a large number of middlemen. When you add them, they constitute a greater risk of corruption," Andresen said.
The pharmaceuticals industry has the same elements of risk, he said. "We have received indications that there is a risk of corruption. We have enough indications to take a strong look."
The council will also look into reports by rights groups of slavery-like conditions for North Koreans employed by companies in Eastern Europe, mostly in the manufacturing of heavy goods.
On the issue of recruitment for work in the Gulf States from other parts of Asia, Andresen said he was optimistic over the process of talks with the Western company he mentioned.
"I am hopeful that they see it in their interest to change their practices and that it may be an impetus for other companies to follow. It is a well-known actor. It would be a great signal to others that this practice ended."
Last year the council looked into the construction industry in Qatar - host of the 2022 soccer World Cup - and neighbouring countries, after reports of abuse by human rights groups.
"Authorities in Qatar have issued new regulations forcing companies to better their practices, with more decent living and working conditions and the ability for a worker to keep his/her passport," he said. "I had anticipated a larger number of exclusions, but several companies show some progress."
Andresen cited one unnamed firm which he said had reported reducing its corruption risk and also saving money by cutting the number of middlemen.
"Others are much more, 'let's just see what happens, we don't think we are guilty, these were some bad apples'."