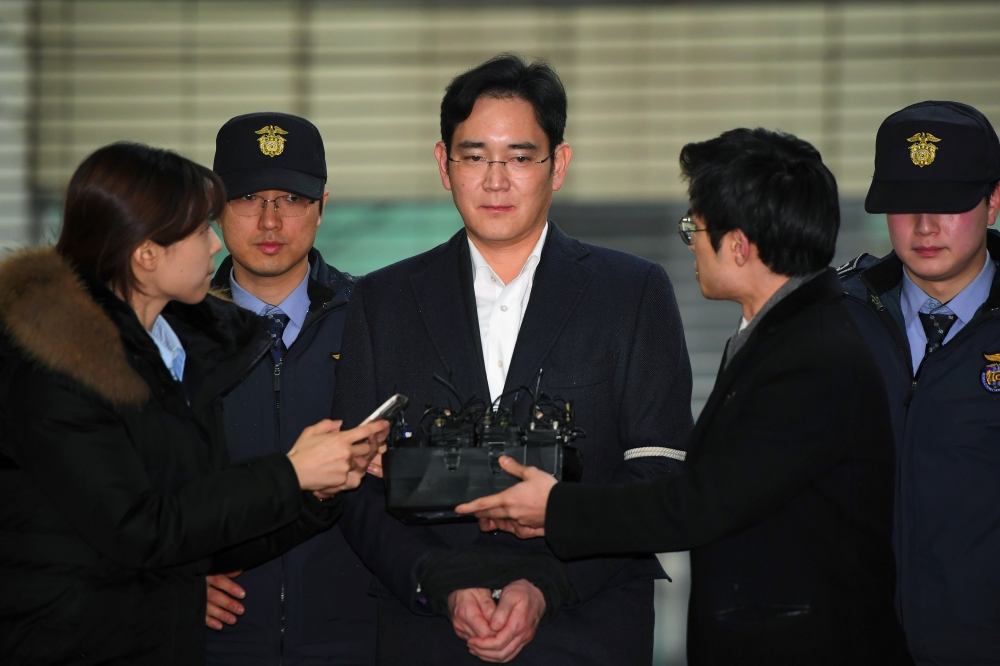 Seoul: The head of South Korea's Samsung Group, Jay Y. Lee, denies all charges against him, his lawyer said on Thursday, at the start of what the special prosecutor said could be the "trial of the century" amid a political scandal that has rocked the country.
Lee has been charged with bribery, embezzlement and other offences in a corruption scandal that has already led to the impeachment of President Park Geun-hye.
Lee, who is being detained at Seoul Detention Centre, did not attend court. A defendant does not have to turn up during a preparatory hearing, held to organise evidence and set dates for witness testimony.
The date of the next hearing will be decided next week.
Lee's defence denied all charges against him on his behalf, saying that the special prosecution's indictment cites conversations, evidence or witnesses the prosecution did not actually hear, investigate or interview according to the rules - or states opinions that are not facts.
"It is unclear what kind of order Lee Jae-yong is supposed to have given," Song Wu-cheol, defending Lee, told the court, using his Korean name.
"The indictment cannot have statements that can create prejudices in the court about the case," Song told reporters as he left court.
The Samsung Group has repeatedly denied wrongdoing.
Among the charges against Lee, 48, are pledging bribes to a company and organisations linked to a friend of President Park, Choi Soon-sil, the woman at the centre of the scandal, to cement his control of the smartphones-to-biopharmaceuticals business empire.
Lawyers for defendants being tried with Lee - former Samsung Group Vice Chairman Choi Gee-sung, former Samsung Group President Chang Choong-ki and former Samsung Electronics President Park Sang-jin - also denied all charges.
The courtroom, seating more than 150, was packed with press and spectators with some who had waited in line since morning to get a seat.
At one point during the hearing, which lasted about an hour, an elderly woman in the audience began yelling and was dragged out by court officers. It was unclear what she was saying.
Legislation appointing the special prosecutor states that the current lower court trial should be finished within three months of the indictment on Feb. 28.
"We are preparing hard, thinking that the upcoming Samsung trial ... could be the trial of the century that the entire world will be watching," special prosecutor Park Young-soo told reporters last week.
President Park, daughter of a former military strongman, has had her powers suspended since her impeachment by parliament in December.
Should the Constitutional Court uphold the impeachment, she would become the country's first democratically elected president to be thrown out of office.
A decision is due on Friday.