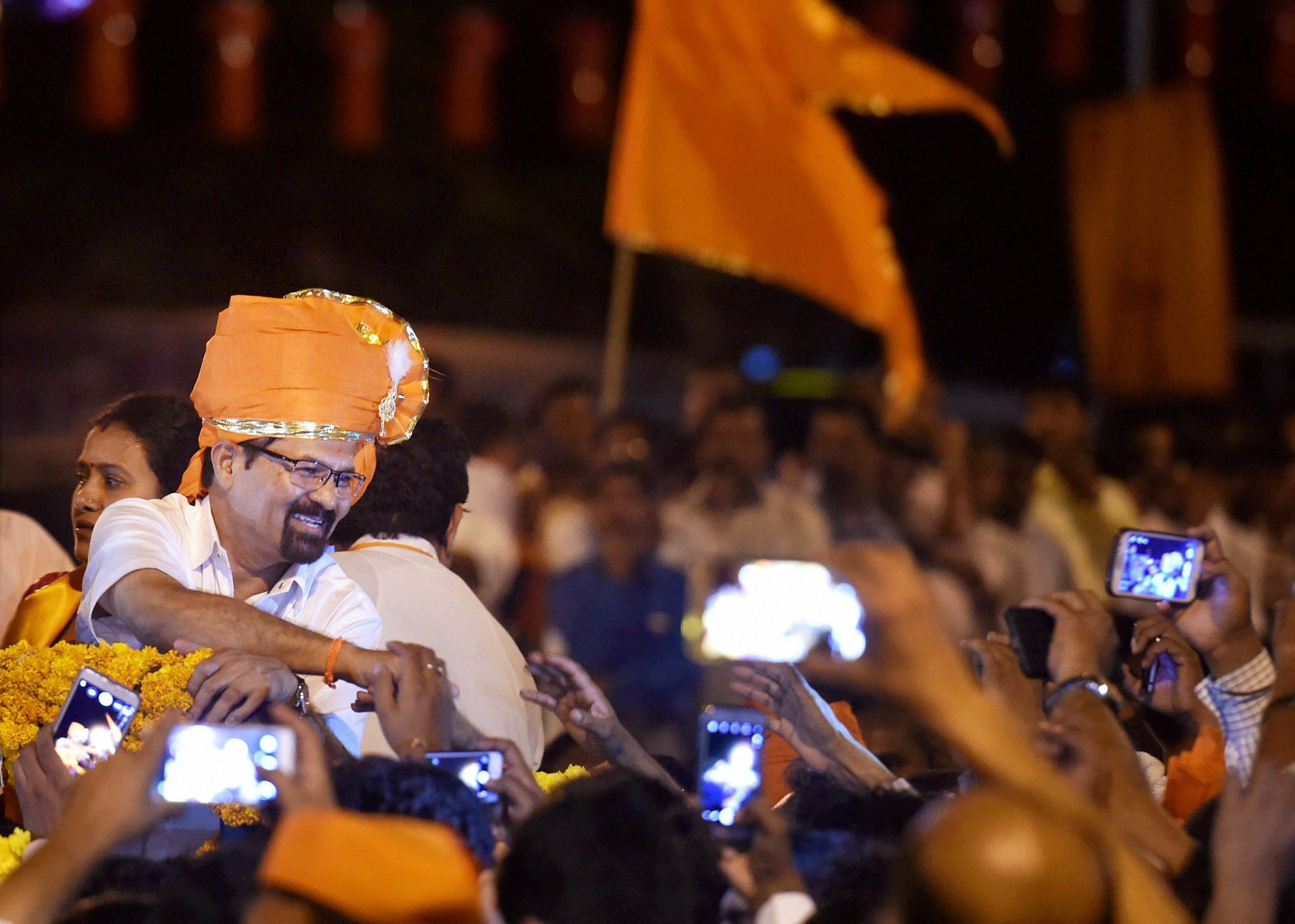 Mumbai: On a day the BJP helped Shiv Sena install its mayor in the BMC, the Uddhav Thackeray-led party said the BJP government in Maharashtra was still on "notice period".
"Yes... This (the BJP-led NDA) government is still on the notice period. Unless our chief (Thackeray) clarifies, the government will continue to be on notice," Sena spokesperson Neelam Gorhe said.
She was speaking to reporters on the campus of the Brihanmumbai Municipal Corporation in South Mumbai after the mayoral election. Interestingly, Gorhe's remarks came days after Sena minister Ramdas Kadam said the party ministers had put away the resignation letters they were carrying in their pockets.
Sena's Vishwanath Mahadeshwar was on Wednesday elected as the mayor of the country's richest civic body, with the BJP corporators voting in his favour. He bagged 171 votes against the 31 won by his Congress rival Vitthal Lokare. The decks for his election were cleared recently after the BJP, locked in a battle with the Sena to reach the magic figure of 114 votes to rule the 227-member BMC, decided to hand a virtual walkover to the warring ally. Chief Minister Devendra Fadnavis had announced the BJP would neither field its nominee in the Mayoral poll, nor would it demand chairmanship of Standing Committee or Improvements Committee in the civic body, paving the way for Sena to install its nominee as the mayor.
In the run-up to the bitterly-fought civic polls, including Mumbai, Thackeray had last month said the Fadnavis government was on a notice period, fuelling speculations about its stability as the Sena is an important alliance partner in the dispensation.
Sena, the junior partner of the BJP in the central and state governments, had contested the recent elections after breaking its alliance with the BJP, its ally in the BMC. However, the Thackeray-led party continues to be the part of government.
In the hung verdict in the BMC, the Sena bagged 84 seats and the BJP 82.
Meanwhile, Gorhe, also an MLC, said a number of issues related to farmers are being looked into. "There are farmers who are under stress and committing suicide. We are discussing the matter in the House on how a loan waiver can be given to farmers and how to give them justice," she said.
She said Sena was hopeful the state government would work with the "right spirit" to meet the party's demands concerning farmers. Responding to a query on how she views the BJP backing the Sena nominee in the Mayoral poll against the backdrop of vitriolic exchange between the allies ahead of last month's polls, Gorhe said, "They (BJP) did what they thought was right."