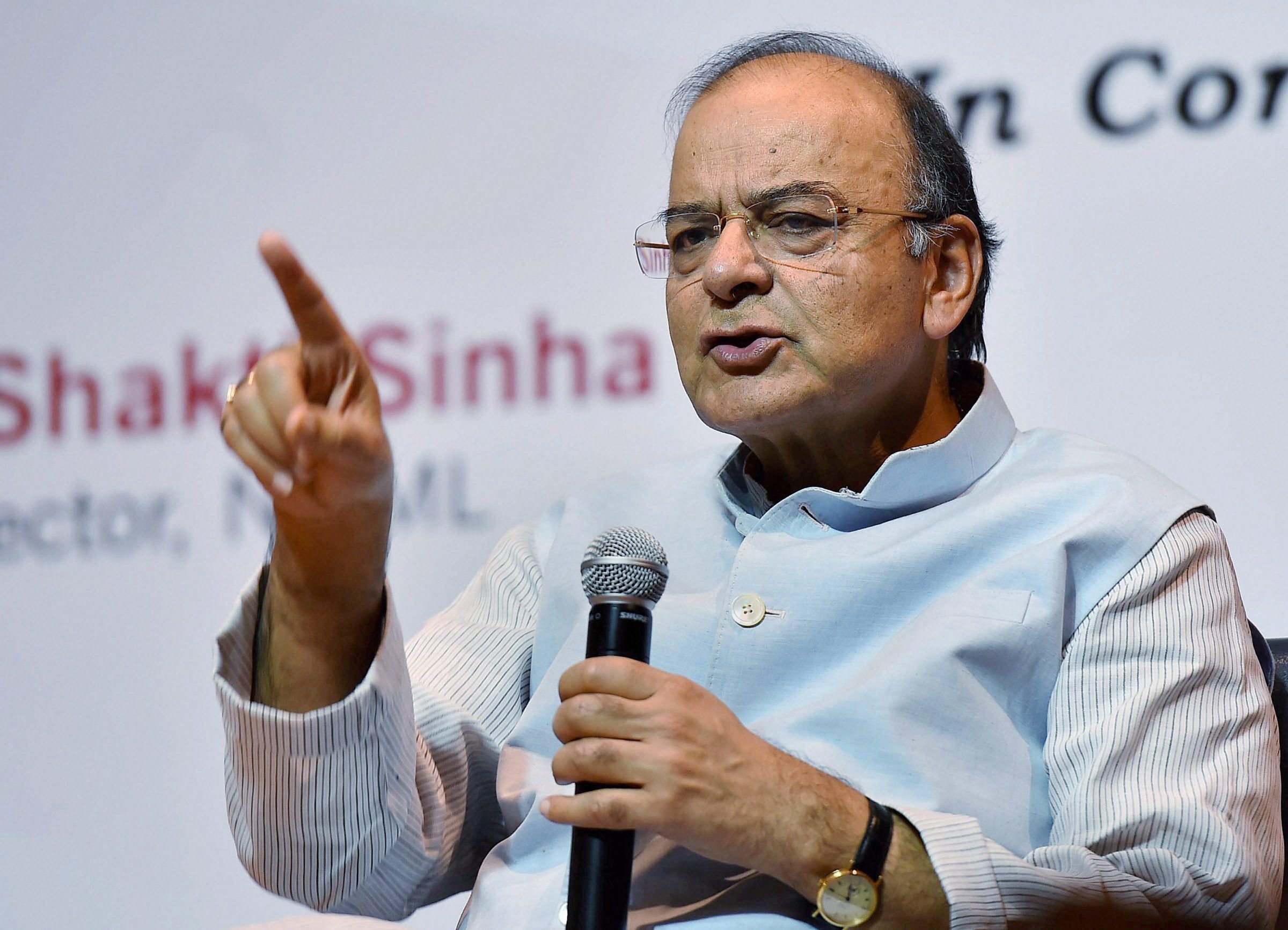 New Delhi: Holding elections to Lok Sabha and state assemblies simultaneously will reduce campaign costs and improve quality of governance, Finance Minister Arun Jaitley said on Wednesday.
Echoing Prime Minister Narendra Modi's views on holding simultaneous polls, he said India currently has two sets of elections every year which take up a lot of energy of governments at the Centre and states.
"It (simultaneous elections) will hugely reduce the quantum of expenditure, because if Lok Sabha and state assembly elections are held together, the campaigns will be common and in a common campaign the money spent will be much less. It won't be duplicated," he said at a discussion on 'Campaign Finance Reform in India'.
Stating that simultaneous polls will also improve the quality of governance, he said it comes to a standstill during electioneering.
"India has two sets of elections every year... And therefore the energy of government at both the Centre and states, political parties or Parliament, the issues that come up for debate, not only the energies get diverted, not only code of conduct comes into operation and governance comes to a stand still, but also the quality of debate gets more election-centric rather than governance-centric," he said.
Any government, elected for a five-year term, would be spending a large percentage of its energy, time and resources in the electoral debate, he said.
"So the impact is not only on cost, the impact is also on governance. And that's why the prime minister has been repeatedly saying that let us try and have this amendment (to the law to allow simultaneous polls). Of course, it would require a change in Constitution and it requires a larger consensus," he said. On the concept of 'poll manager', he said many political leaders, in his opinion, will find the idea "absolutely repulsive".
"I think the poll managers' concept is something new. And I hope you get the, not subtle, but clear message, behind what I say. If a party because of its own evolution structure fails to create a natural leadership which will lead and manage campaigns, (it) will have to outsource them.
"Otherwise, for any self-respecting leader who has spent 3-4 decades in public life, to be told that now you have to go and report to higher manager because he has more brains than us... I think it is an idea which many in the political parties will find absolutely repulsive," he said.