Not possible that I will always succeed: Kangana Ranaut 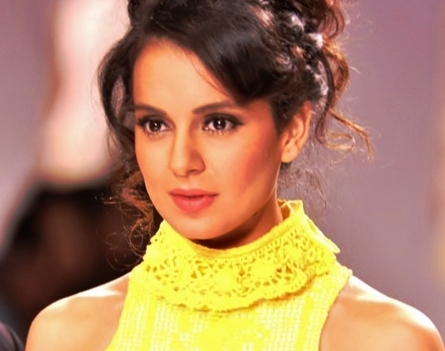 New Delhi, Mar 6 (PTI) Her latest release "Rangoon" may not have done as well as expected but actress Kangana Ranaut says she does not fear failure and believes in moving on.

The 29-year-old star, whose performance in films like "Queen" and "Tanu Weds Manu Returns", has cemented her position as a great performer in the industry, says her aim is to constantly improve her craft. "I don't fear losing out. I constantly try and move on. If you don't move on, you lose out. One needs to know the trick to move on to see the constant growth. That is what my endeavour is. I know it is not possible that I will always succeed in whatever I do. But it is all right," Kangana told PTI.

The National award-winning star says she does not rely on any person to get over a low phase. "I draw the strength from my inner voice. I do not rely on someone telling me all the time that 'you can do it, you can make it'. People do rely on that outer entity, but fortunately I have a very strong inner voice and that actually gives me the blue print. I let my inner voice take over my decisions."

Kangana is the current industry favourite, but the actress prefers not to mingle around much with other Bollywood celebrities. She, however, feels people misunderstand her decision to remain in her shell as arrogance. "People mistake my introvert nature or my genuine disliking for them as arrogance. It's taken for granted that women should be receptive of whatever and whosoever comes to their way. But there is a possibility that she is genuinely disinterested and wants to be in her shell. "It's just that I don't waste time on equations that are not going anywhere or don't add to my life in any way. It will be a waste of time," Kangana says.

The star is now looking forward to the release of "Simran," directed by Hansal Mehta. The comedy film will see her in the role of a Gujarati NRI. Kangana says she wants to maintain a balance between lighter roles and hard-hitting stories like the Rani Lakshmibai biopic by Ketan Mehta. "It is a larger-than-life character. I have already started preparing for my role. It is going to be a tough film for me," she says. PTI