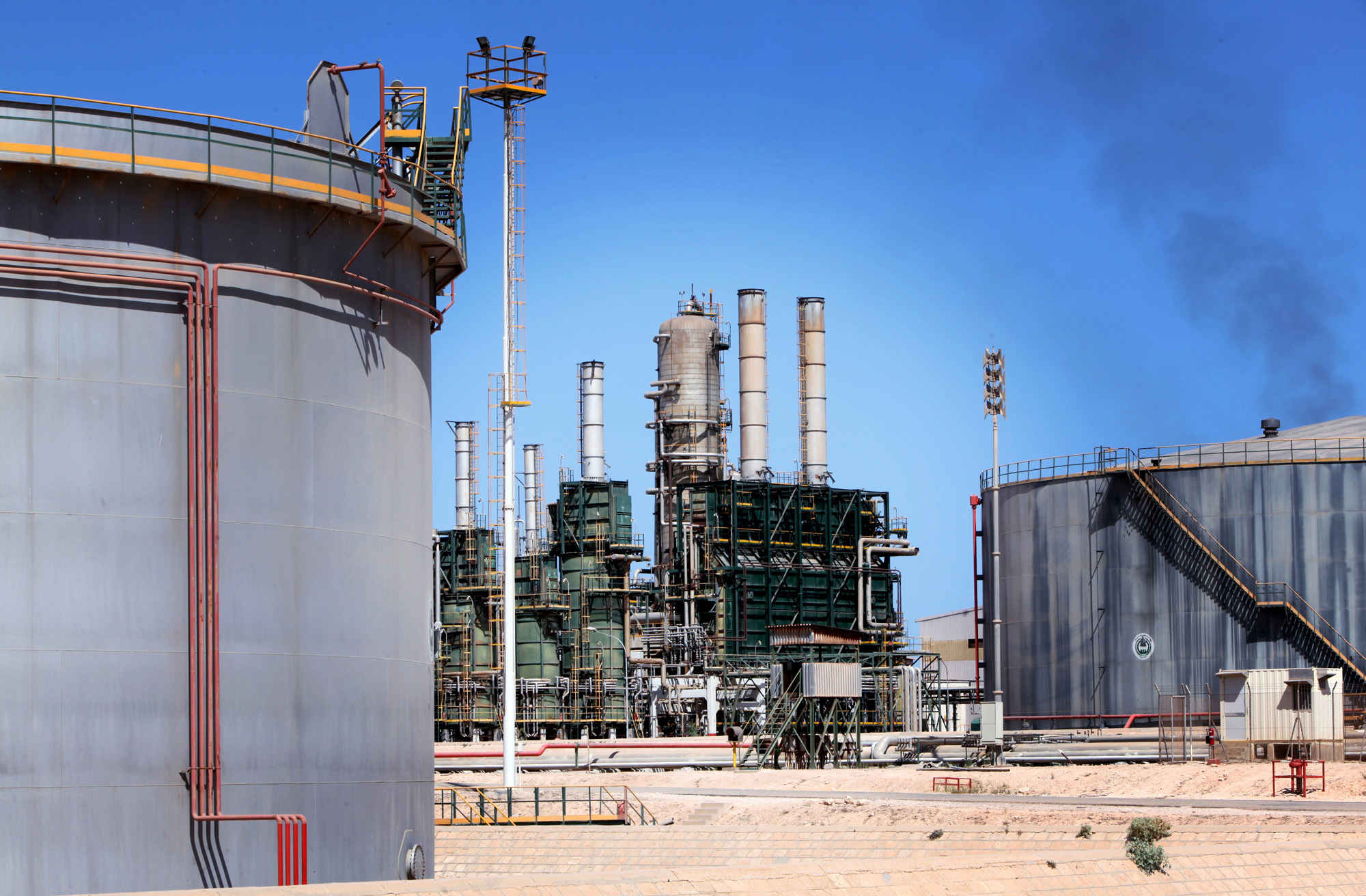 Cairo: Libya halted exports from its two of biggest oil ports and reduced production from some fields after clashes threatened to reverse the North African country’s progress in reviving crude output and sales.
Shipments from Es Sider, the country’s largest oil port, and Ras Lanuf, its third-biggest, have been suspended until the security situation improves and workers return to the facilities, Jadalla Alaokali, a board member of Libya’s National Oil Corp., said by phone.
Production from fields feeding Es Sider and Ras Lanuf has been reduced and output may be cut further if the ports remain shut and the situation doesn’t improve soon, he said, without specifying the amount of the decrease.
The Benghazi Defense Brigades, a militia not allied to the United Nations-backed government in Tripoli, seized the Es Sider terminal on Friday, according to people with knowledge of matter, who asked not to be identified because they are not authorised to speak to the media. The facility had previously been under the control of eastern-based military commander Khalifa Haftar.
The clashes jeopardise a surge in Libya’s oil production to about 700,000 barrels a day after output and exports had resumed from Es Sider and other facilities previously blockaded by fighting between armed groups. Production in February was almost double the level of a year ago, data compiled by Bloomberg show. Libya holds Africa’s largest crude reserves.
NOC sees no need for now to declare force majeure, a legal status protecting a party from liability if it can’t fulfill a contract for reasons beyond its control, Alaokali said.
The number of workers at Es Sider’s facilities has been kept to a minimum due to the fighting, and the rest of the staff have been evacuated, according to a person with knowledge of the matter, who asked not to be identified because the information is not public.
“We are against any actions that could damage the oil infrastructure in the country including oil fields, pipelines, ports, plants and other petroleum facilities,” NOC chairman Mustafa Sanalla said in a statement posted on Saturday night on the company’s website.
Libya has been boosting its oil production, resuming shipments from key ports after months of conflict. The more it pumps, the greater the pressure on other members of the Organisation of Petroleum Exporting Countries to curb supply in order to eliminate a global oil glut. Libya produced 1.6 million barrels a day before a 2011 revolt sparked fighting that prompted investors to withdraw.