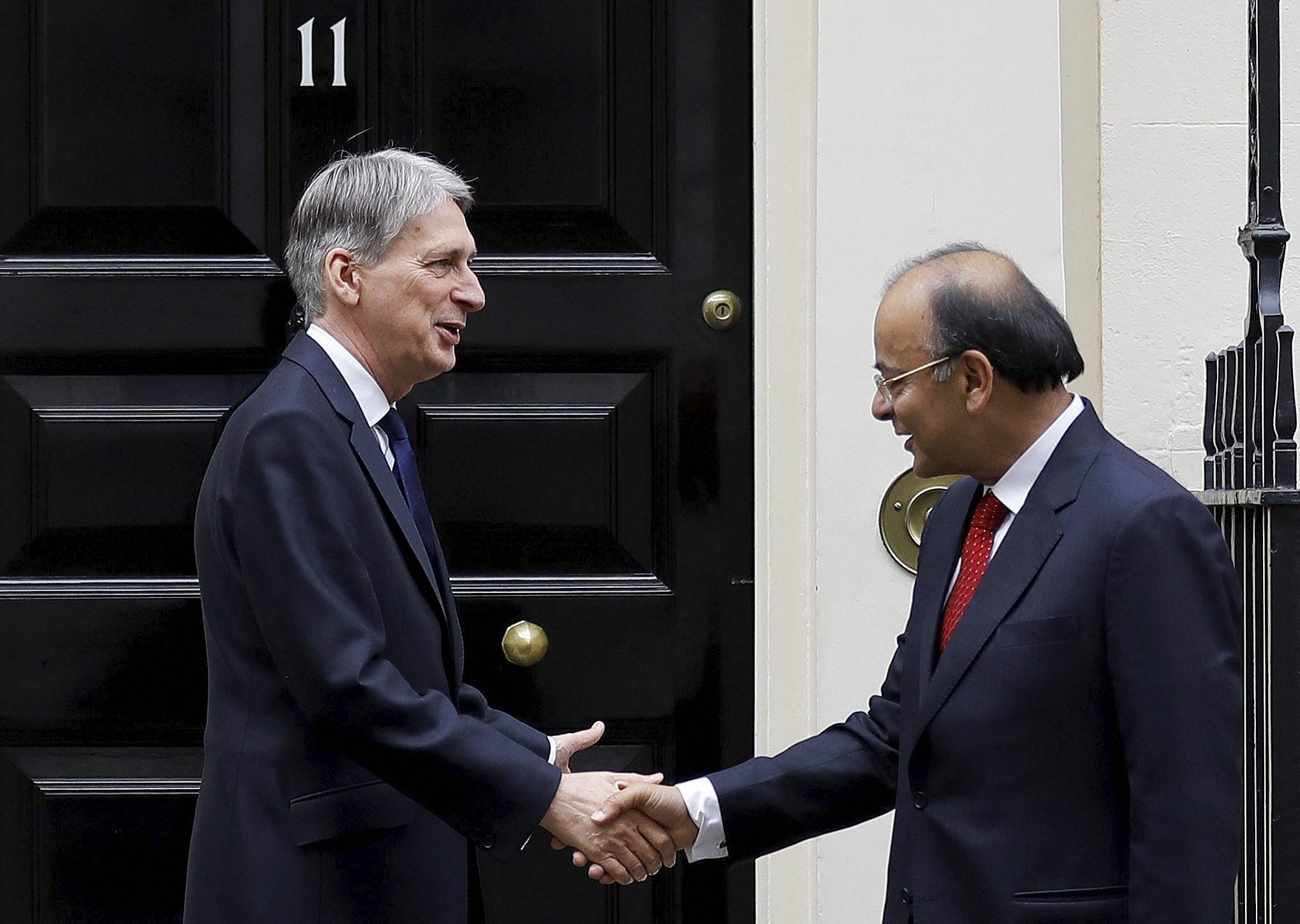 London: Union Finance Minister Arun Jaitley on Tuesday held a series of meetings with UK investors as he projected India as one of the bright spots for investments amid global economic slowdown.
The investor meetings were organised by JP Morgan and Confederation of British Industry (CBI). The Union Minister for Finance and Corporate Affairs represented the Indian Government at a gala launch of UK-India Year of Culture hosted by Queen Elizabeth II at Buckingham Palace in London on Monday night.
"This outreach will help us in further strengthening the perception that is globally gaining ground that in the midst of a global slowdown, India remains one of the bright spots as far as potential destinations of investments are concerned," Jaitley said.
"There is a considerable amount of interest in India, particularly after Brexit. Correspondingly, my discussions in the past have also indicated that both investors and the government here (Britain) are looking for expanding opportunities of trade with India," he noted.
Jaitley said he believes that India is a "very important story to tell in the UK" because in the midst of global uncertainties and the relative slowing down of the global economy, India has been able to carry on its reform programme "fairly actively".
The Rajya Sabha MP said he had flagged the issue of the mobility of Indian IT professionals as one of "considerable concern".
"While there is this debate on across the world, India remains one of the few countries which has opened up significantly and the so-called protectionist debate is least audible in India today," he said.
Jaitley had a packed schedule of meetings with UK Cabinet ministers, including foreign secretary Boris Johnson, international trade minister Liam Fox and international development minister Priti Patel.
Jaitley will hold talks with his UK counterpart Chancellor Philip Hammond before concluding his five-day visit to the UK today.