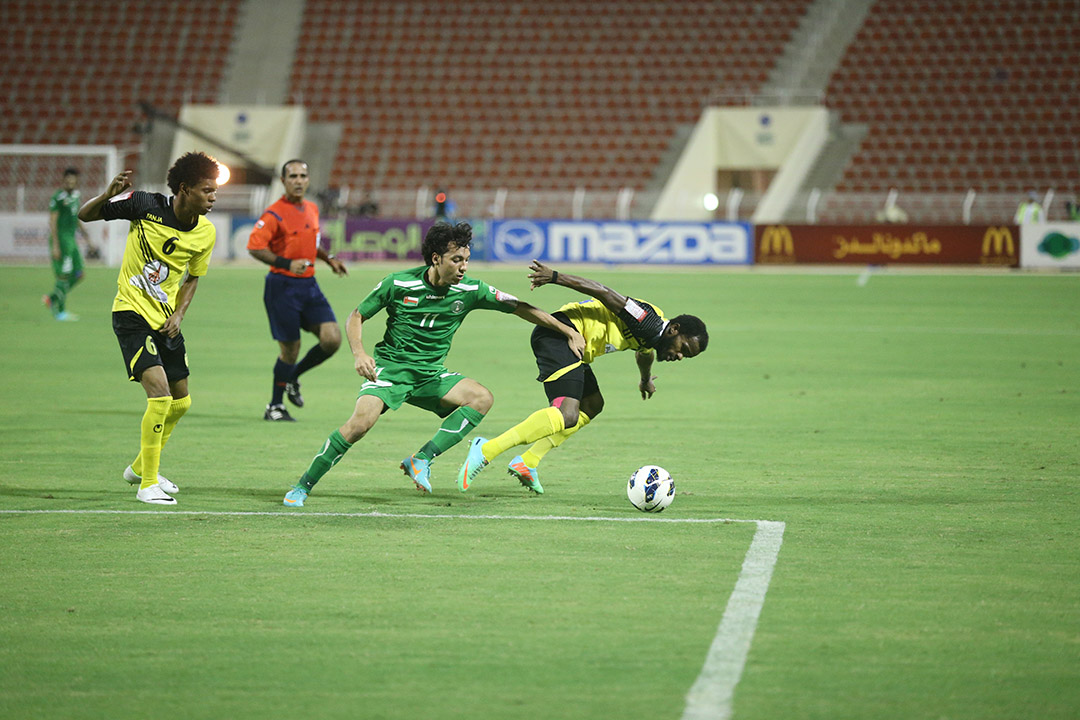 A few weeks ago, I received a call from Chuck Martini, the Head Coach of Muscat Football Academy. In case you’re wondering why I feature him so often in my work, it’s because Chuck and I go way back, and he has constantly kept me in the loop about his plans to bring about changes across Oman’s footballing landscape.

His latest expansion sees him open up a training base at the Petroleum Development Oman campus, as he attempts to spread the footprint of youth development across the nation.
With that in mind, I sat down with the former Leicester City and AFC Wimbledon player on an in-depth interview about his coaching philosophy and future plans.

What age groups do you have and what do you teach those different age groups?
We take children from four years old up to the age of 18. It’s pretty much basic training, fundamentals, technique. Also, part of our courses we run, we have a theory side to it as well. We teach them about nutrition, healthy living, but it’s very much introduction to playing football the correct way. Many children we have got have been taught to play street football. We’re trying to organise them a little bit more, understand position, understand roles and the responsibility within every position. When people sign up with our academy, it’s for a year and we also train them thrice a week because that’s the only way we believe we can get the information through to them and it’s the only way we’ll see improvement.

At what age do you come to know what position a child is suited for?
Good question. We like to try and mould players into playing different positions, into understanding different roles. Probably, at the age of 12, 13, 14, you kinda start thinking ‘well this person, you can maybe mould him into this kind of player and mould him into this kind of position’ but I’ve known players who’ve played as a defender until the ages of 18, 19, 20 and all of a sudden, they’ve been converted into strikers.
I think from a young age you can tell apart goalscorers, people who’ve got that eye for a goal and they’ve got that predatory instinct of being in the right place at the right time to score a goal. Those kind of positions are easier to discover.
I think midfield, wingers, defenders, especially now, the way football is evolving, different systems that allow defenders to be attacking players. It’s pretty much tricky at that time.
I think your hand-eye coordination has to be very good from a young age so that we can develop them into what we hope to be outstanding goalkeepers. People say you’ve to be mad to be a goalkeeper: Diving at people’s feet and stuff like that. There’s a level of bravery required.

What do you teach children about fair play and respecting your opponents?
Funny enough you should say that. My first speech when we had an induction was team spirit and that was to be supportive to every team member, regardless of whether they make a mistake that causes you to lose the game. I believe in fair play. You must play by the rules. Good question you brought up but it only happened to be part of my first speech when I was making the introduction. I’ve always said to the players — especially at a younger level — that for me, the result doesn’t matter.
We all want to win football matches, of course, they feel happy when they’ve won but it’s not as cut-throat as it is when you’re coaching professionally, when you need that result.
At a younger level I want them to enjoy the game, enjoy participating in it. If we were beaten by the better team, it means they were the better team on the day. It doesn’t mean they are the better team, period.

What comes after a player finishes at the academy?
When they’ve reached the ages of 18, we’d like to believe that we’ve developed them enough, that they’re extremely talented, we have various markets that we can send them to, whether it’s Europe, whether it’s America or whether it’s the Gulf market.
Once they’ve been through a rigorous programme that we’ve put, and especially a residential programme that we’re going to have in place, then we’d like to believe that they’re at that stage where the next level will be professionalism.
There are other avenues as well. I’ve just formed an alliance with a Canadian university where if they want to continue their education via scholarships and play football in the States or in Canada. There has to be something for what their parents have invested in them all through this time.
—[email protected]