Modi should make contents of Naga Accord public: Rahul 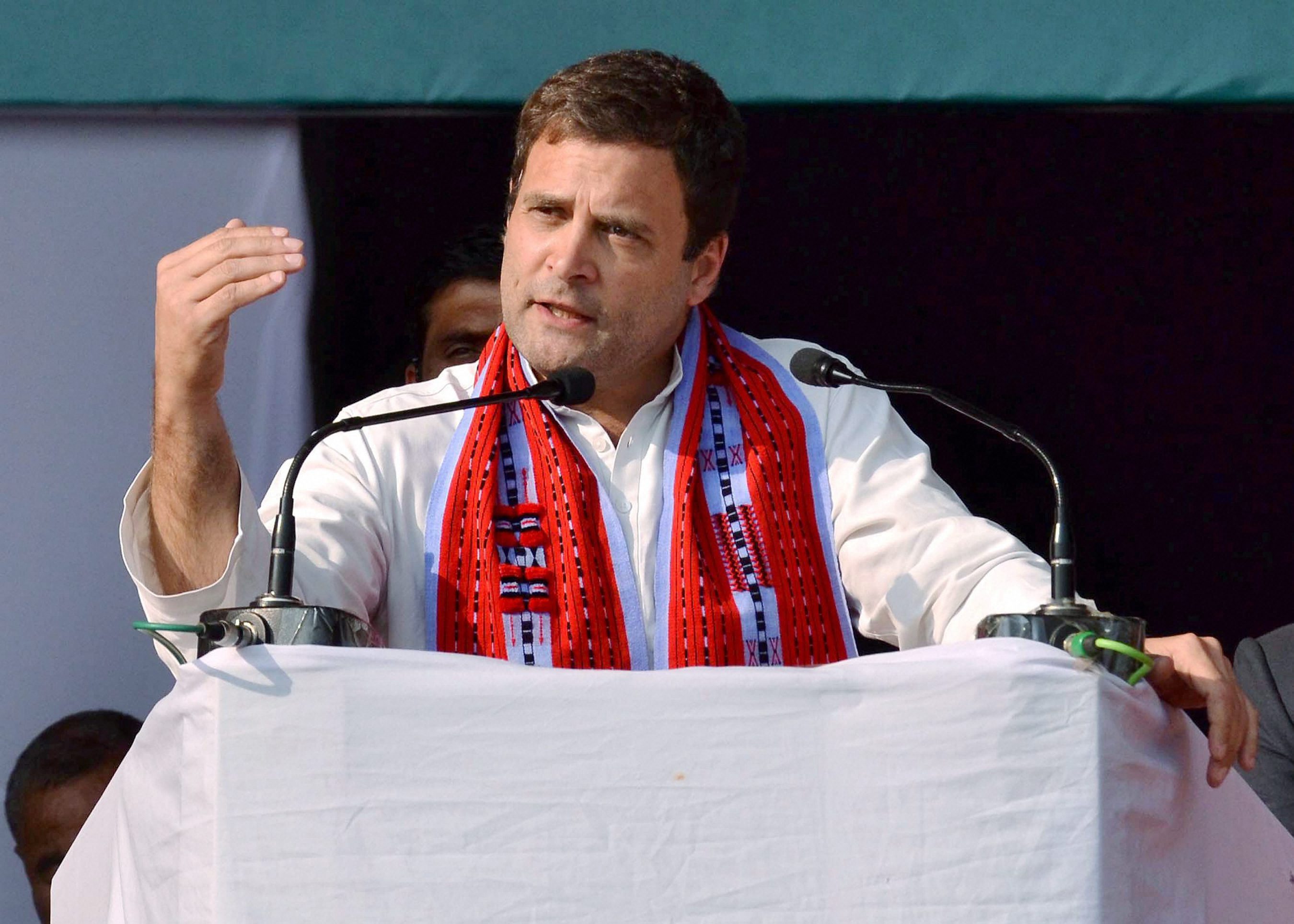 Imphal: Congress Vice President Rahul Gandhi on Tuesday demanded that the contents of the Naga Accord, signed by Prime Minister Narendra Modi, should be made public and accused the prime minister of "spreading hate and lies" wherever he went.
"The Centre has signed the Naga Peace Accord, but nobody knows about its contents. Even Manipur Chief Minister Okram Ibobi Singh and the state government are not aware of it. Why are the people of Manipur being kept in the dark about the contents of the agreement?" he asked while addressing an election rally here.
"Wherever Narendra Modi goes, he spreads lies, hatred and enmity among brothers. He makes false promises. He had levelled baseless allegations of corruption against the Ibobi Singh government. He always makes false claims," Rahul said.
Echoing him, Ibobi Singh too demanded that the contents of the accord be made public and uploaded on the Internet.
"They (the Centre) should put it up on the website, so that the people can have a look at it and decide whether it will compromise the territorial integrity of the state (Manipur) or not," he told the meeting.
The Naga Peace Accord, termed as a 'Framework Agreement', was signed between the National Socialist Council of Nagaland -- Isak-Muivah(NSCN-IM) and the Centre in August, 2015 after over 80 rounds of negotiations spanning 18 years.
The first breakthrough came in 1997 when the ceasefire agreement was signed with the banned outfit.
The contents of the Naga Peace Accord have been a major issue in the run-up to the coming Manipur Assembly polls with the Congress accusing the BJP of compromising the territorial integrity of the state and the latter denying the allegation.
Prime Minister Modi, during his poll campaign in Imphal on February 25, had accused the Congress government in Manipur of "spreading a false propaganda" on the Naga Accord and said there was nothing in it that was detrimental to the interests of the state.
He had also launched a scathing attack on Ibobi Singh, accusing him of running the "most corrupt government".
Rahul said only a Congress government can lead Manipur towards the path of development and prosperity. Referring to the Centre's decision to scrap high-value currency notes, he said, "Demonetisation has had an adverse impact on the livelihood of the poor of this country. Farmers, daily wage labourers were the ones most affected due to it."
Assembly polls are scheduled be held in Manipur in two phases, on March 4 and 8.