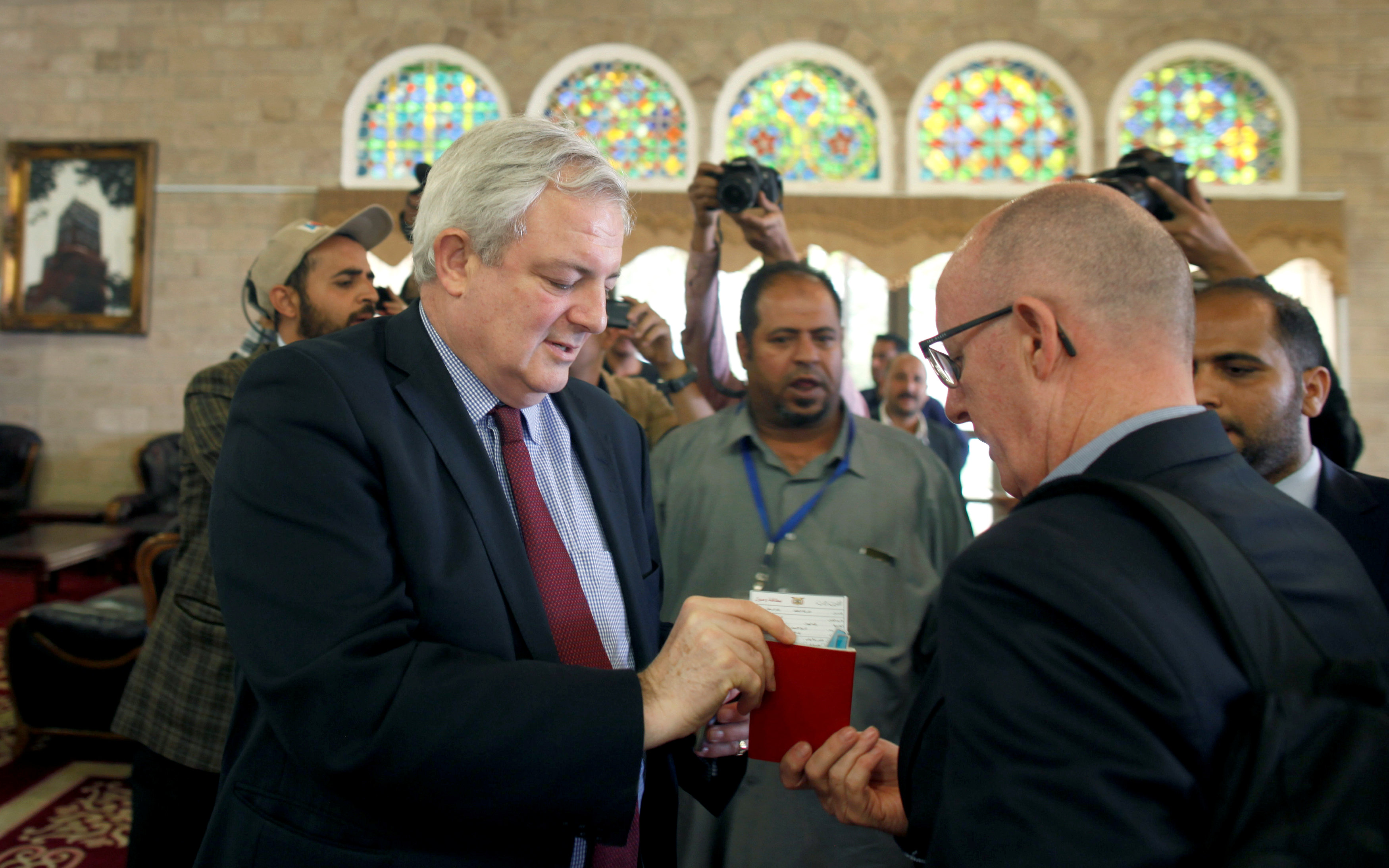 Dubai: A United Nations aid official visiting both sides in Yemen's civil war has urged them to guarantee more access to the country's ports to let food, fuel and medicine imports in to ward off a looming famine.
Emergency relief coordinator Stephen O'Brien said the U.N. was urging international donors to step up their aid but the Yemenis had to ensure it could reach up to seven million people now facing severe food shortages.
Yemen has been divided by nearly two years of civil war that pits the Houthi group against a Western-backed coalition led by Saudi Arabia.
Nearly 3.3 million people in Yemen - including 2.1 million children - are acutely malnourished, the U.N. says. They include 460,000 children under age of five with the worst form of malnutrition, who risk dying of pneumonia or diarrhoea.
Fighting in or near ports hampers access for aid coming from outside.
"The international community needs to step up its funding and the parties to the conflict need to continue providing humanitarian access," O'Brien told reporters at the government's base in Aden late on Monday.
"This also means access to the ports so that the needed imports can enter Yemen," he said.
Earlier this month, the U.N. said Saudi-led coalition air strikes on the Yemeni port of Hodeidah, which serves territory controlled by the Houthis, had hampered humanitarian operations to import vital food and fuel supplies.
Five cranes at the port have been destroyed, forcing dozens of ships to lie offshore because they cannot be unloaded.
"Seven million people don't know where their next meal is coming from and we now face a serious risk of famine," O'Brien said.
O'Brien has also met with the Houthi movement in the capital Sanaa. On Tuesday, he was planning to visit the flashpoint city of Taiz but his convoy returned from its gates because of security concerns, a U.N. source told Reuters.
Robert Mardini, regional director at the International Committee of the Red Cross (ICRC), voiced concern at the fate of 500,000 people in the port city of Hodeidah as the conflict moves north up the Red Sea coast.
The "lifeline" of aid moving through Hodeidah and other ports is starting to be cut, Mardini told reporters in Geneva. "In terms of reserves, there are reserves for two, three or four months, I don't know. But there is an urgent need for re-supply, this is what we can say."
U.N. has appealed for $2.1 billion to provide food and other life-saving aid, saying that Yemen's economy and institutions are collapsing and its infrastructure has been devastated.
U.N. Secretary General Antonio Guterres said last week only $90 million of funding has been received so far, out of $5.6 billion needed this year for humanitarian operations in Nigeria, Somalia, South Sudan and Yemen.