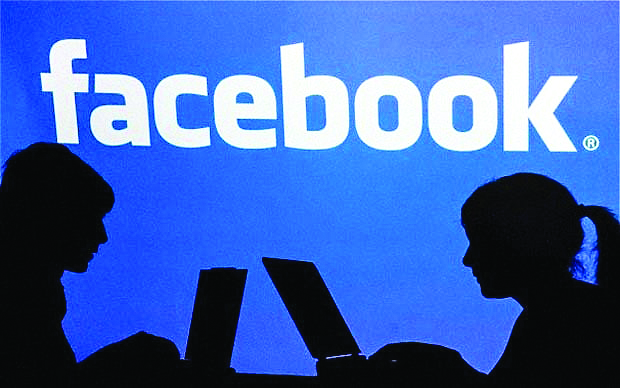 London: While Google shuttered its Titan drone project, Facebook Inc. is planning to ramp up test flights for its own experimental solar-powered glider.
Facebook will begin launching a couple of flights a month of its Aquila drone, Jay Parikh, head of engineering and infrastructure, said in an interview Monday at the Mobile World Congress in Barcelona.
“We learned a lot, from data, to how it turned, how it handled, and the battery performance,” Parikh said. “The systems performed way better that planned. But we need to fly a lot more and more regularly.”
The high-altitude drone, which has a wingspan wider than a Boeing 737 and is powered by four electric engines, had its first test flight in June last year. However, a report by the U.S. National Transportation Safety Board in November said the drone suffered a “structural failure” as it was coming in for landing.
Aquila’s giant flying wing is solar powered, designed so it can remain aloft for long stretches.
Facebook Chief Executive Officer Mark Zuckerberg has been busy devising new ways to connect as much of the world’s population to the internet, which includes leapfrogging ground-based infrastructure limitations and instead beaming connectivity from the sky.
Google parent Alphabet Inc.’s research lab said January it had shut down Titan in early 2016. Google beat Facebook in bidding for Titan Aerospace in 2014, leading Facebook to purchase U.K.-based Aquila, which was already building solar powered airplanes. Project Loon, another Google project to beam internet from high-altitude balloons, is still going.
Aqulia is still in its early stages, said Parikh. While much of the aerospace design is done in a farm in a rural part of Southwest England, the software is developed in Menlo Park, California, and the testing will remain in Arizona. Parikh said that Facebook is also evaluating other test sites.