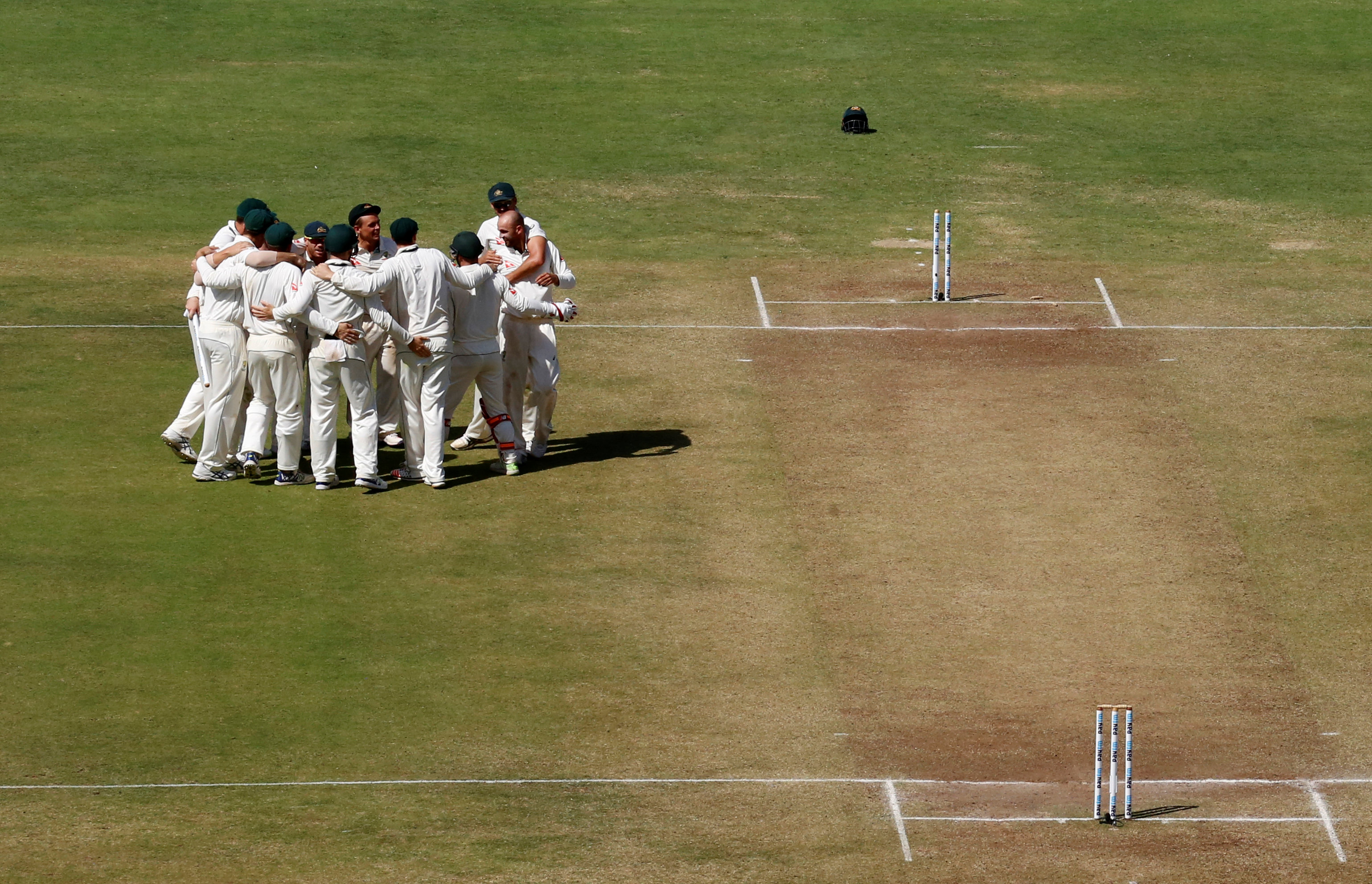 New Delhi: Pune's debut as a Test venue last week proved far from memorable with the pitch used for India's first Test against Australia incurring a "poor" rating from match referee Chris Broad on Tuesday.
As if India's 333-run defeat inside three days was not bad enough for the hosts, the bone-dry track at the Maharashtra Cricket Association Stadium fell foul of the Pitch and Outfield Monitoring Process of the International Cricket Council (ICC).
The home side's ploy backfired as the tourists' spinners claimed 17 of the 20 Indian wickets to put them 1-0 up in the four-match series and snap India's 19-Test unbeaten streak.
India's cricket board has 14 days to respond to Broad's report. An ICC team will review the response and study footage before ruling whether the pitch was substandard.
The punishment for a first "poor" rating for any venue ranges from warning to a maximum of $15,000 fine with a directive for appropriate corrective action.
The second Test between India and Australia will be played on a "sporting" pitch which will be fair to both teams, organisers in Bengaluru have said.