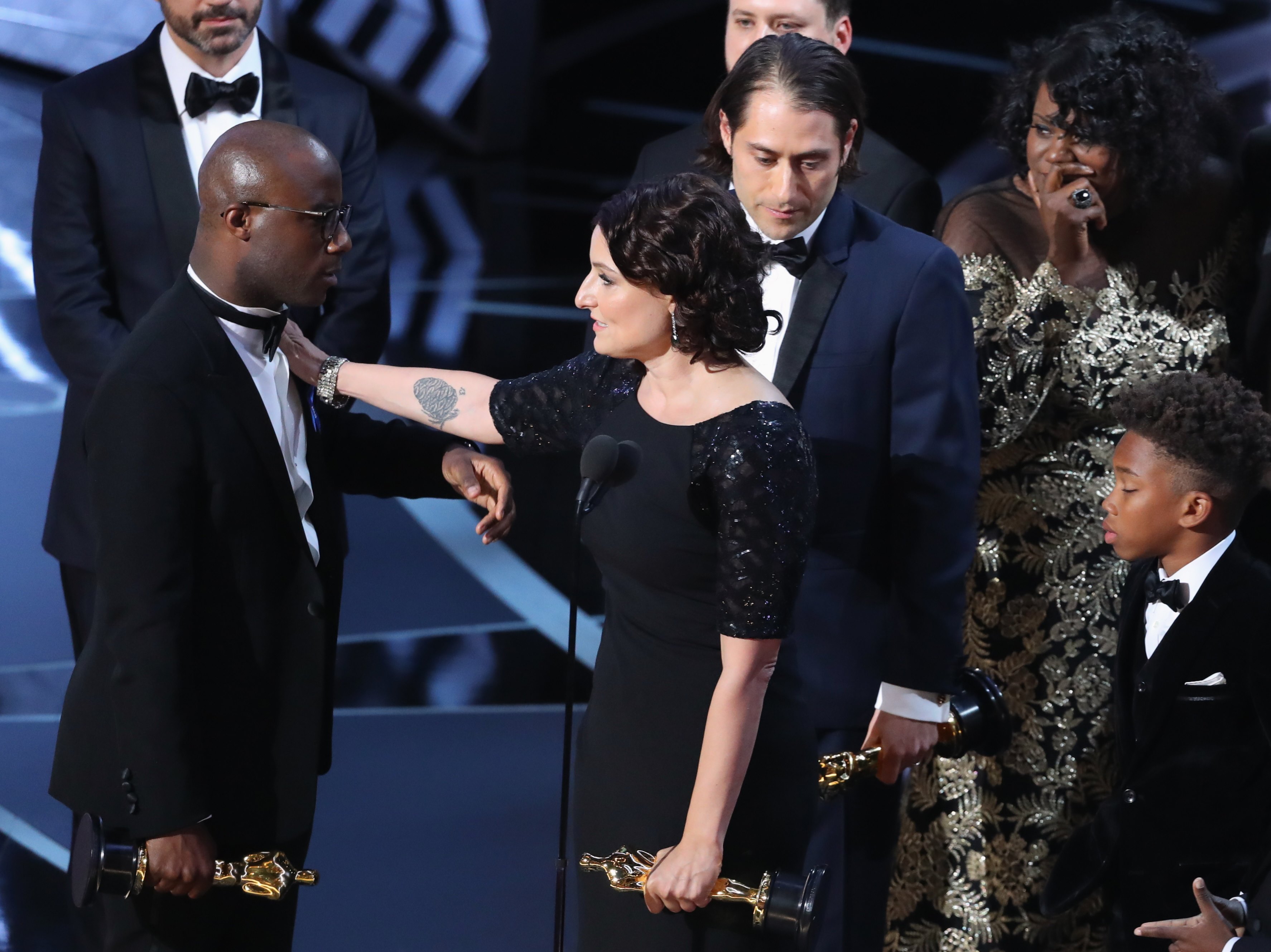 "Get Out," a trenchant horror film about race relations, rode critical raves to a smashing box office debut. The low-budget film was the weekend's top-grossing domestic release, earning $30.5 million, and propelling its director and writer Jordan Peele onto the Hollywood A-list.

African-American coming-of-age tale "Moonlight" won the Oscar for best picture on Sunday on a big night for Hollywood diversity that was overshadowed by an embarrassing onstage gaffe over the top award. In a mishap that caused uproar and confusion, presenters Warren Beatty and Faye Dunaway initially announced that romantic musical "La La Land", the presumed favorite for best picture, had won.

Thousands of people braved London's winter drizzle on Sunday for a screening of the Oscar-nominated movie that has become a rallying point for opponents of U.S. President Donald Trump’s immigration policy. Hours ahead of what looked set to be the most politicized Academy Awards for years, London Mayor Sadiq Khan made clear his political motivation in hosting the British premiere of the "The Salesman", whose Iranian director is boycotting the Hollywoodceremony.

Lawyers for comedian Bill Cosby return to court on Monday to argue that his sexual assault case has drawn too much publicity to allow for a fair criminal trial in Montgomery County, Pennsylvania. Montgomery County Judge Steven O'Neill will hear arguments on what appears to be the only major pretrial issue remaining in Cosby's sexual assault case, three days after he ruled that prosecutors can call a second accuser as a witness. The trial is scheduled for June.