On the ball: Watch football matches in stadiums 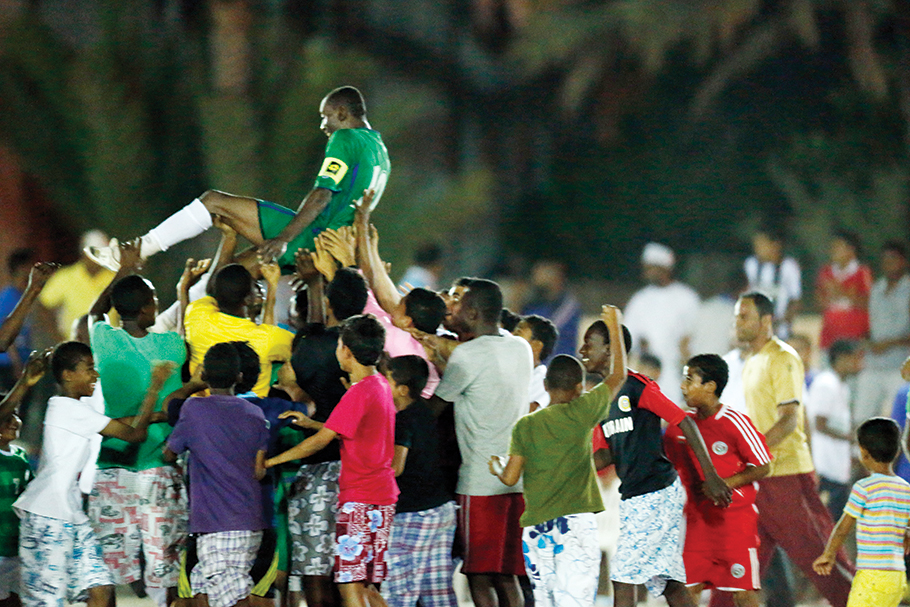 A few weeks ago, I had gone to the Sultan Qaboos Sports Complex at the behest of one of the players who would be taking to the field that day, occupying a defensive role for his team. It was an amazing spectacle: The crowds roared on their teams, as wave after wave of noise crashed over the teams from the wall of fans whose cheers shook the stadiums to its foundations.
That wasn’t the match I had gone to watch live, though. That was a European football match between Liverpool and Borussia Dortmund that I’d watched on TV.

To be fair, the Sultan Qaboos Sports Complex was packed on that day. Less than a fifth of them were actually occupied though.
As the game wound up, I don’t remember the score as the dull dreary atmosphere did little to gee up my spirits towards watching the game, I caught up with the chap who’d invited me.

“It’s awful,” he told me, rather bluntly. “People only come to watch the big teams during matches and even then they only want to watch the team when they are winning.”

To find out the cause behind this, I spoke to Chuck Martini, Head Coach of the Muscat Football Academy.
"In the Middle East, they'd rather sit at home and watch it on TV whereas in Europe people love going to the game,” explained the former Leicester City goalkeeper.

"The problem is that they still haven't found a formula to that success which is getting people in the stadium," added Martini, who was also a goalkeeping coach at AFC Wimbledon’s academy. “The heat does play a part I guess because it's pretty hot all year round and people don't want to go out and feel the extreme heat half of the time."

But while some in the Sultanate might still be looking for a long-term solution, Martini knows exactly where to search.
"The one thing that they are trying to promote is to play in their own purpose-built stadiums," added Martini, who wrapped up his playing career in the United States. "If you look at the professional league in Oman, they're playing in all the major stadiums, but they're not playing at home.

"You might be from a little town, but if you've got the whole town supporting the club and coming out, like they do back home in the UK, if you have that integration between your town and the local football club, there's only one way and it is up."
The former Morocco international, who represented his country on four occasions, said the Sultanate needed to look at the American model when it came to growing the game.

“In Oman, the style is that there is often one owner and he is the one who manages everything, so if he leaves the club, then everything falls apart and by the time someone new comes in, they have to rebuild everything from scratch and if you keep doing that over and over again, no one is going to come and watch the games,” he explained.

“You need to have a dedicated plan and then build from that for the future. The problem is that these days, everyone is chasing short-term success but that does not work in the future. “People here are crazy about football so there is no reason for them not to come to the stadiums,” said the 44-year-old with hope.
— [email protected]