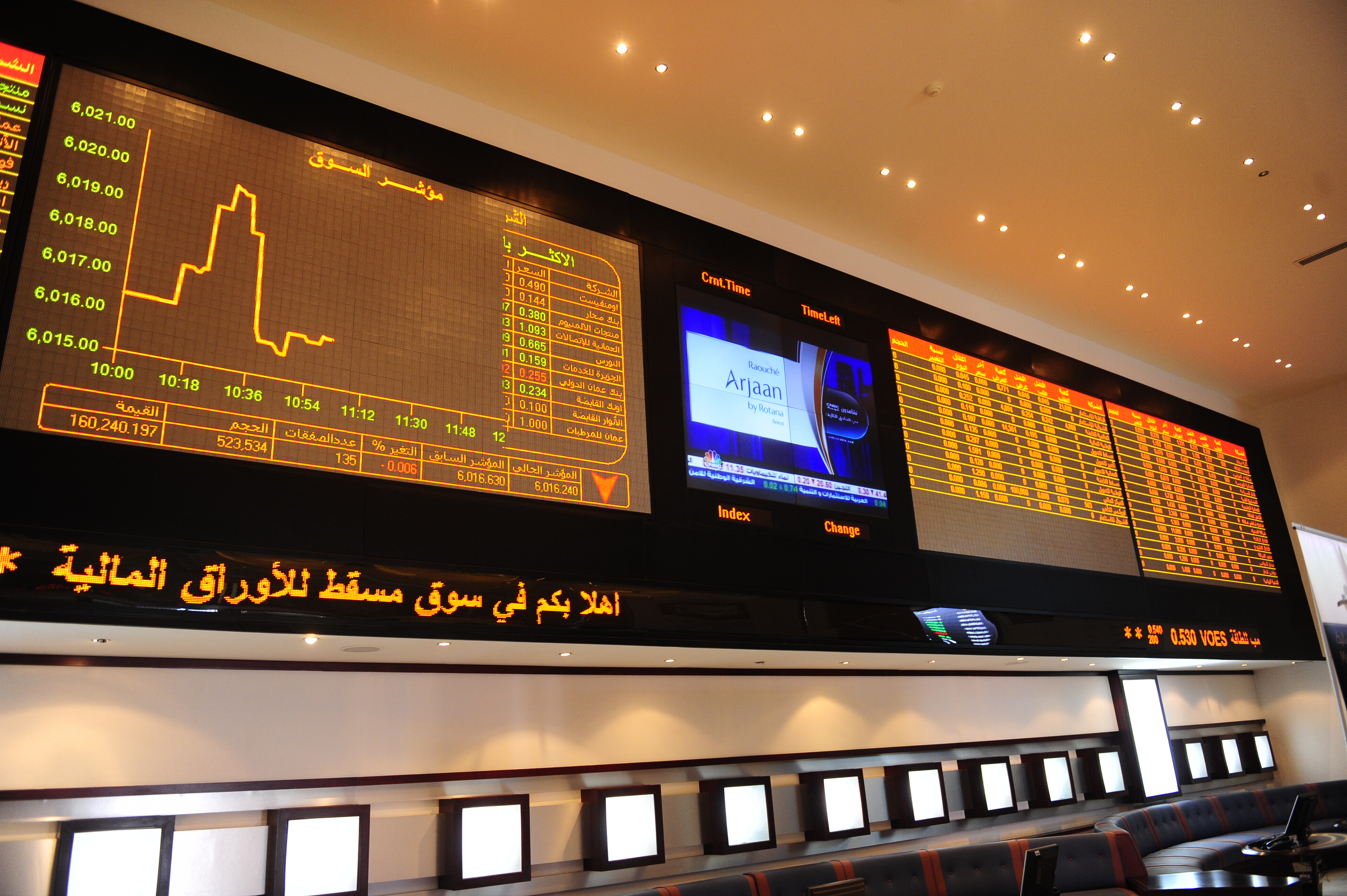 Muscat: Despite higher than average turnover, the MSM30 Index remained unchanged at 5,852.11 points. The MSM Shariah Index ended at 869.87 points, up 0.19 per cent. Bank Nizwa was the most active in terms of volume while Port Services led in terms of turnover. Oman Textiles was the top gainer, up 9.76 per cent, while Al Jazeera Steel was the top loser with a loss of 5.22 per cent.
A total number of 1,191 trades were executed on Tuesday, generating turnover of OMR5.9 million with 29.9 million shares changing hands. Out of 45 traded securities, 14 advanced, 17 declined and 14 remained unchanged. At the session close, GCC & Arab investors switched to net buyers for OMR37,000 while Omani investors were net sellers for OMR19,000 followed by Foreign investors for OMR18,000 worth of shares.
Financial Index retreated 0.29 per cent to close at 8,219.81 points. Bank Nizwa, Al Madina Investments, Bank Muscat, Oman Orix Leasing and Bank Sohar increased 2.20 per cent, 1.41 per cent, 0.85 per cent, 0.75 per cent and 0.64 per cent respectively. Oman & Emirates Holding, Al Sharqia Investments, HSBC Bank, Al Batinah Development and Al Anwar Holding lost 3.73 per cent, 2.92 per cent, 2.29 per cent, 1.94 per cent and 1.52 per cent respectively.
Industrial Index ended negatively at 7,917.87 points, down 0.69 per cent. Oman Textile Holding and Al Anwar Ceramics gained 9.76 per cent and 1.19 per cent respectively. Al Jazeera Steel, Oman Fisheries, National Aluminium, Galfar Engineering and Al Hassan Engineering declined 5.22 per cent, 4.43 per cent, 2.78 per cent, 2.06 per cent and 1.72 per cent respectively.
Services Index was stable at 3,038.09 points, up 0.07 per cent. Port Services, Phoenix Power, Ooredoo, Al Batinah Power and Sohar Power increased 9.15 per cent, 0.69 per cent, 0.67 per cent, 0.52 per cent and 0.45 per cent respectively. Al Jazeera Services, OIFC and Omantel declined 1.52 per cent, 0.45 per cent and 0.35 per cent respectively.
Gulf shares mostly lower
Most Gulf stock markets fell early on Tuesday with Dubai hit once again by weakness in construction firm Arabtec after the company reported a fourth-quarter loss and plans for a rights issue a week ago.
Dubai's index lost 0.6 per cent as Arabtec, which plunged its 10 percent daily limit to a five-year low on Monday, slid a further 2.2 per cent. Shares in Drake & Scull, another builder which has been struggling financially, rebounded 3.0 per cent.
Abu Dhabi climbed 0.5 per cent as telecommunications firm Etisalat rose 1.4 per cent. The company said it would pay the federal government a royalty of 30 per cent of profits for 2017-2021, the same rate as in 2016.
Qatar edged down 0.2 per cent as Qatar Gas Transport Co (Nakilat) slipped 5.2 per cent after its fourth-quarter net profit fell to 207 million riyals ($57 million). QNB Financial Services had predicted 241 million riyals.
The company's board recommended a cash dividend of 1 riyal per share, down from 1.25 riyals for 2015.
Al Meera Consumer Goods jumped 5.2 per cent after saying its 2016 net profit climbed to 199.2 million riyals. It proposed a dividend of 9 riyals per share.
Saudi Arabia's index edged up 0.1 per cent in the first half-hour as telecommunications firm Zain Saudi surged 3.3 per cent after it said the government had issued it a unified licence allowing it to provide all telecommunications products.
The Capital Market Authority announced last October that as part of economic reforms to cut Saudi Arabia's dependence on oil, the government would provide operators with unified licences letting them offer a full range of services.